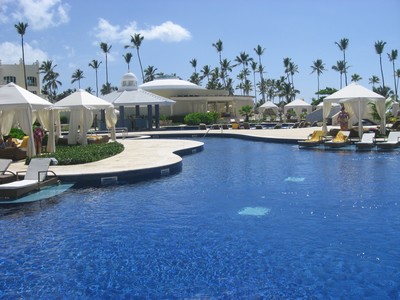 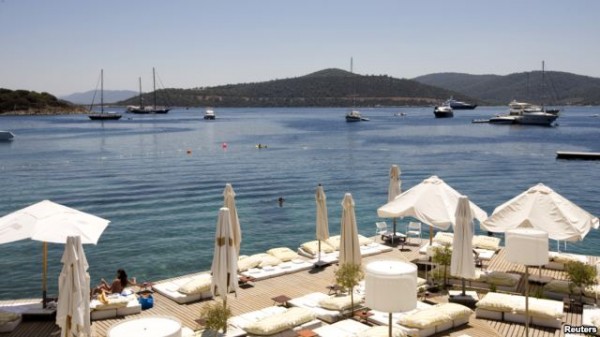 BODRUM, TURKEY — During this Islamic holiday season of Eid, many Turks are booking a new kind of accommodation: an Islamic, or Halal Hotel. The popular Bodrum resort has begun catering to the country’s increasingly affluent pious-Muslim  population.

At first glance the Sultan Beach Hotel near the Turkish resort of Bodrum appears like any other seaside hotel with its swimming pool, sun chairs, and people sipping cool drinks. But on closer examination there are no women to be seen by the pool and not a drop of alcohol. The hotel is strictly run in accordance with the Islamic faith.

Owner Ali Bicakci prefers the word “alternative” over “Islamic” when describing his hotel.  He says they are meeting a new need.

Whatever kind of holiday you want to have there are always options in the tourism sector, he says. We wanted to provide an alternative concept as there is the increasing need of the conservative people to have holidays. He says they have started with a three-star hotel, but are planning a five-star one.

The Aegean Sea resort is a popular holiday destination for Turks. It is synonymous for wild parties and drinking. “Bedroom Bodrum” is a common saying among the million or so annual visitors.

But the religious setting offered by the Sultan Beach hotel, with its separate pool for women, as well as facilities for prayer, and a strict ban on alcohol, appears to be a winning formula for the guests.

A hotel guest says, even if there are people drinking alcohol around us, it does not bother us. It is their own choice. But she says such an environment is not ideal for her family.

Turkey, under the decade-long rule of the Islamist rooted Justice and Development Party has enjoyed an unprecedented economic boom. But observers say those reaping the benefits are now the pious supporters of the party, rather than the traditional elite.

This has given birth to a wealthy Islamic middle class, which has its own demands and money to pay for them, according to assistant sociology professor Kenan Cayir of Istanbul’s Bilgi University.

“The success of Islamic groups in economy of course they demand to go on holiday in Islamic terms,” he said. “That means we began to see new Islamic hotels and their number tremendously increase in 2000 in the AK [ruling party] period. So Islamic lifestyles have achieved a vertical mobility.”

But with Turkey deeply polarized between the pious and secular, the rise of Islamic hotels has been met with suspicion by some.

In a café in Bodrum, Okan Ozsu of the center-left main opposition Republican People’s Party, is deeply skeptical of the rise of Islamic hotels. He suspects a political agenda behind them.

They are trying to bring their lifestyles to this area, he said. The ruling Islamic AK Party is in a weak position in the coastal towns in this region and he says conservative people from the big cities are imposing their clothing and living styles here.

Perhaps the most visible sign of the rise of Islamic tourism can be seen at the beach.  Many women swim in suits that cover everything except their face, hands and feet.

In a Bodrum beach bar for secular tourists who are more accustomed to revealing bikinis, Islamic swimwear is a culture shock for some.

We should not have anything to do with women in hasema (Islamic Swimwear), we are comfortable people, this tourist says. Explaining the Islamic hotels are not right in the secular country.

But for another woman is more of a case of live and let live.

She says if it is their own preference, then she respects that. She says personally she finds it strange to swim in a costume in which you can not feel the coolness of the water on your skin. But she says how people spend their holiday is up to them.

The debate over secularism and religion has dominated Turkey’s political agenda throughout the decade rule of the AK Party. It should not come as much of a surprise it has arrived at the country’s beaches.