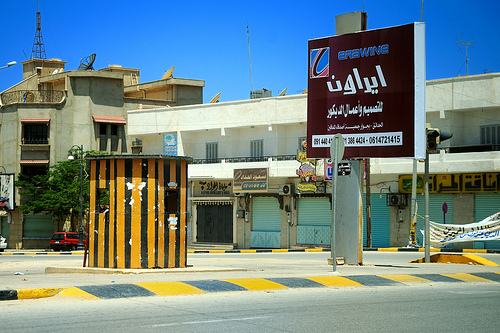 PanARMENIAN.Net – A police car exploded on Saturday, Oct 13 during a failed assassination attempt on a police colonel in the eastern city of Benghazi, a Libyan police official said, according to Reuters.

The attack was the latest in a series of assassination attempts in Benghazi, the cradle of last year’s uprising which ousted Muammar Gaddafi, and where U.S. ambassador Christopher Stevens was killed in a Sept 11 attack on the U.S. consulate.

“The colonel turned his engine on to warm up the car, then stepped back into the house to retrieve something. That’s when the car exploded,” he told Reuters.

Obeidi said the explosion in the central Benghazi neighborhood of al-Hadayeq caused no injuries or deaths.

Ben Haleem was a police colonel under Gaddafi and resumed his post in the new government after the uprising.

On Aug 10, gunmen shot dead Libyan army general Mohammed al-Fitori in Benghazi when he was leaving Friday prayers. The bullets were fired from a passing car.

Fitori had defected from Gaddafi’s government during last year’s revolt and later became head of ammunition and armament for the army.

In early September, a Libyan intelligence officer was killed and another wounded when their car exploded in Benghazi.

A bomb planted in the car, which belonged to one of the officers, was remotely detonated when the two got into the vehicle in a busy shopping district of the Mediterranean city.