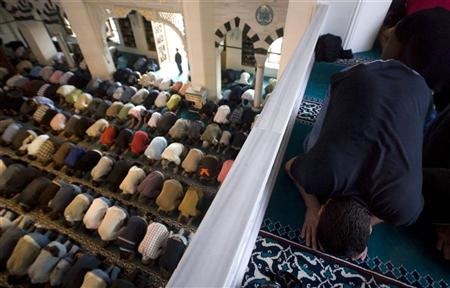 BERLIN: In a move that has critics angry, the German government is looking at allowing Muslims and Jews in the country to perform male circumcision, as long as the ritual practice is performed according to medical practice standards.

It must not endanger a child’s life, the government said.

But opposition activists to the proposed easing of the regulations have seen anger grow, with many telling Bikyamasr.com that religious tolerance can only go so far.

“What we are seeing are attempts to change the law so Muslims and Jews can continue the practice that the majority of German society has deemed inappropriate,” said civil liberties lawyer Howard Ripon in Berlin.

He told Bikyamasr.com that “while I think it is important to respect faith and religious beliefs, when it counters the overall sentiment of the society, it should not be put back in.”

“It is a clear political signal that Jews and Muslims continue to be welcome in Germany,” Dieter Graumann, president of the Central Council of Jews in Germany said in a statement published by The Guardian.

“We are glad that Jewish laws, and with it Jewish life, will not be deemed illegal – legal certainty in this case means safeguarding the future of Judaism in Germany.”

The debate in Germany over male circumcision has seen radical views pushed on both sides, with both the Jewish and Muslim communities arguing the move was an attempt to attack their faiths. Others, however argue that the new law banning male circumcision in fact protects children’s health.

The verdict followed the circumcision of a four-year-old Muslim boy by a German doctor on his parents’ wishes.

The court argued that the four-year-old boy was not old enough to consent to have part of his body removed permanently and his parents should have let him decide when he got older.

The practice of cutting of a baby boy’s foreskin is part of both Jewish and Islamic tradition.

Either way one falls here in Germany on the issue, it is unlikely to be forgotten in the near future.