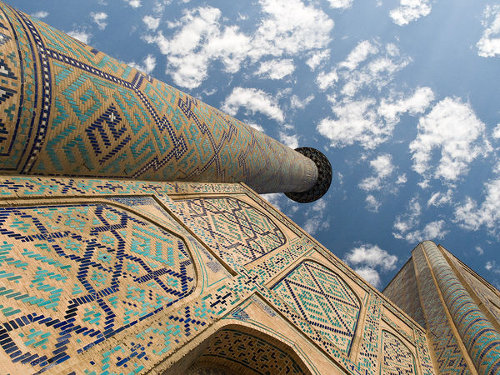 What is the function of science? Throughout the various debates about religion and science and whether God exists or not, the conversation hardly ever begins with this simple question. We are all on a quest for the Truth, and depending on our background we might have differing modes of inquiry. However, given this day and age, and the communication and transportation revolutions that have transformed our world from isolated cultures into a small village, different people across the globe are now adopting similar ideologies and worldviews. With all the materialism that has taken over, and overstimulation of the human senses, what is increasingly becoming the only acceptable source of knowledge is that which can be touched, smelled, tasted, heard, or seen. Anything else would be relegated to the realm of speculation that will most likely render it a delusion if asserted as real.

The problem with negating any other modes of investigation outside of pure empiricism is that it negates the human mind. A defining quality that distinguishes humans from the animal world is the capacity to reason. Of course there is some rudimentary reasoning capacities that can be seen in the animal world. But the height of this faculty is not observed outside of our kind. This refers to our ability to take what we observe, derive meanings and indications from these observations, and link them in a fashion that establishes a valid relationship between them, which allows us to make conclusions that result in newly found knowledge. This newly found knowledge is then applied to improve and advance our lives, which in turn can lead to future newly found knowledge as the cycle goes on.

Where the quest for the Truth goes astray is at the point of creating false dichotomies and unjustifiable divisions that force one into making a decision to fallaciously reject a methodology that is required to arrive at this Truth. Case in point is the modern rejection of reason for empiricism, which happens when reason is subjected to empiricism in the mind of the staunch empiricist. What is ironic is how the empiricist does not realize the fact that it was a reasoning ability that goes beyond empiricism that allowed for the erroneous conclusion to reject reason, and this is where the science-worshipping atheist is entrapped.

Science is a human-led investigation to determine the physical mechanisms behind the workings in this universe from the micro to the macro scales. It deals with observations of phenomena that take place on a daily basis and makes an attempt at explaining the various relationships that exist between them through either direct or indirect means. The observations are empirical, i.e. they rely on the human capacity to use the senses to perceive them. Once the observations are made, human reason establishes possible relationships between these phenomena and then tests proposed explanations using empirical means to confirm or reject them. However, before moving to the empirical tests, certain explanations are either immediately rejected or done so after contemplation. Furthermore, proposed explanations that result in confirming expected hypotheses can also be challenged and later rejected. All this is done using the human mind through an application of logic, which seeks to establish the proper relevance between premises and their conclusions with regards to what is being observed.

After careful thought, human reason, or rationalism, can be considered as both co-dependent upon and independent from empiricism. The codependency comes about in the need for initial stimuli from the empirical world in order to begin its work at making sense of it all. Rationalism’s independence comes from the human mind’s capacity to derive meanings and indications from the observations, and through sound logic arriving at correct conclusions to generate new knowledge that may or may not necessarily require empirical confirmation. The difficulty lies in the fact that the mind can conceive without being able to conceptualize. Given the overwhelming nature of sensory stimulation, to remain in the realm of conceived knowledge that is not conceptualized proves difficult, and therefore many will automatically seek to either create false concepts of conceived realities, or outright reject that which they have no concept of.

All this comes to the forefront in regards to the false proposition to ask whether God exists or not. The common occurrence with the naysayers is their immediate linking of this question with an attempt to bring up a frame of reference to compare God to. It is as silly as the concocted images people have made of aliens, angles, or the devil, all of which are based on linking certain components of images they have been exposed to previously. This thought process must be very tightly controlled, and before addressing the attributes of any being, we must first establish whether it exists or not. Some may have a contention with calling it a “being”, but that can be easily addressed by pointing to the fact that a being is simply “that which exists”. If it does not exist, then it is nothing and the investigation stops.

Since science is restricted to explaining what can be empirically verifiable, its capacity is limited to that which is empirically observable. We have advanced in very remarkable ways over the past couple of hundred years, and we have been able to explain matters about the essence of this universe that stretch the human mind and imagination to unchartered territories. However, modern cosmology tells us that when we go back far enough in time we reach a point in history where everything began. It was the point where existence came into being from a point of non-existence. This is not a matter of before and after, because these terms are related to time, which began with existence coming into being. Rather, this is a matter of why is there something rather than nothing. Here is where science cannot go any further.

Before claiming that this is the “God of the gaps” argument, we first have to address what “God of the gaps” is all about. If we are dealing with existing phenomena, and are attempting to explain their presence and relationship to each other, and find ourselves puzzled by an observation within this universe, and then invoke God to explain it, that would be a valid contention because it hinders scientific progress and stops investigation for why this phenomenon occurs in the way that it does. However, if science is an investigation of existing physical entities that make up this universe from the micro to the macro scale, its limitation becomes the limitation of this universe. In other words, scientific investigation comes to a halt at the point of when existence came into being. Hence, the question of “why is there existence rather than non-existence, i.e., why is there something rather than nothing” cannot be a question that science can address given its dependence upon existence.

Science’s inability to answer the biggest question of all time does not limit our ability as human beings to answer it, because our methods of investigation are not limited to scientific, i.e., empirical inquiry. The faculty of reason that draws from empirical observations and derives conclusions from it is not restricted to the empirical world. Its ability to understand meanings and indications, and to conceive without needing to conceptualize gives it a greater freedom to quest for a Truth that is not necessarily confined to the empirical realm. In fact, this Truth that lies in answering the “why something rather than nothing” question, by definition must be beyond empiricism. This is simply because although the various workings of the universe can be explained through scientific inquiry, the universe itself cannot explain its presence rather than lack of it from within itself. Moreover, the necessity to resort to reason independently of empiricism to answer this question is due to the absence of the empirical world at the point of non-existence. This is the point where the existence of a “being” beyond the universe becomes a logical and rational necessity. This metaphysical’s (beyond empirical) existence is a logical necessity because only through it can the existence of the empirical realm be explained, and given that this question is outside of the realm of science, this invocation is not a “God of the gaps”, but rather a “God of the universe”. Once this is established, we can then have a discussion about what attributes must be necessary for God in order to explain “why something rather than nothing”.

The staunch empiricist will have contentions with this presentation of reality, but they will have to rely on rejecting reason as a faculty independent from empiricism. Ironically, this rejection is itself based on a reasoning process that is independent from empiricism, and therefore it is all self-defeating. Given how self-refuting the rejection of reasoning independent from empiricism is, it begs the question of why one would assert such a fallacious perspective and remain in an intellectually confused standstill. A deeper look into this matter will inevitably reveal that it is not about using reason, but about what the conclusion that is ultimately arrived at through the use of reason entails, which is a subject that has been addressed in previous writings and will be revisited again in the near future.