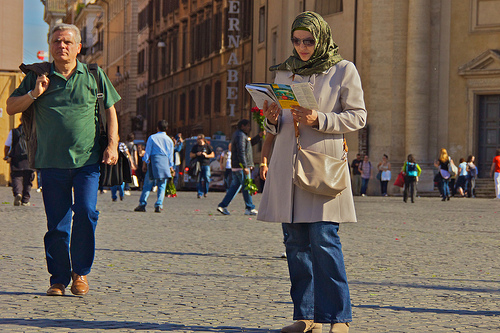 As Muslim travelers increasingly change their tourism preferences from traditional trips to Macca to beach holidays, a number of countries are adapting their tourism offers to the Islamic culture and beliefs. Last Friday New Zealand launched a new culinary tourism guide focusing on meeting the needs of Halal travelers.

New Zealand Tourism and Christchurch International Airport have launched a new culinary tourism guide focusing on meeting the needs of Halal travelers. Wanting to capitalize on the country’s geographic position – close to some of the world’s largest Muslim populations like Indonesia and Malaysia, the new guide aims to attract one of the world’s fastest growing tourism markets.

The guide provides general tourism information as well as a list of Halal classified restaurants and cafes including Halal-certified and vegetarian dishes or vegan cuisine. The new guide will be distributed among travel agents and their customers as well as New Zealand embassies offshore.

In recent years, Muslim tourism in New Zealand has been growing steadily. Last August alone, the number of Muslim visitors to the country was up by 141 percent, compared to the same month last year. According to Tourism New Zealand, Muslim tourists’ expenditure is expected to rise to more than 13 percent of the entire global tourism expenditure by 2020.

As part of the program, the agency is offering a series of workshops for the tourism industry, with the aim of providing information on how to meet needs and expectations of the Halal market.

Halal tourism is a new product in the tourism market, designed to meet the needs and beliefs of Islamic culture. Some hotels like Club Familia, have been adapting their practices to suit Islamic customs, especially in countries such as Turkey. These include Halal food, separate swimming pools for men and women, no alcoholic drinks and, women-only beach areas with Islamic swimming etiquette. Some hotels also include prayer facilities.

This year, Australia’s Queensland office of tourism advertised the Gold Coast as a place to spend Ramadan, with the phrase “Why not try Gold Coast for a cooler Ramadan this year?”