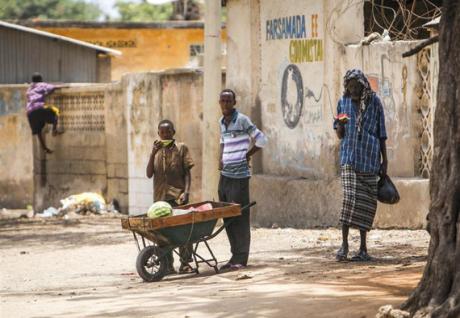 MOGADISHU (Reuters) – Somalia’s al Shabaab militants said on Monday they had banned Muslim aid agency Islamic Relief from areas under their control, a move that would deprive 1.3 million people of food, clean water and health care.

Islamic Relief, one of few international aid agencies able to work in al Shabaab-run areas, said it had not been notified by the rebels that its permit had been revoked and that a ban would also threaten access to areas under government control.

Faced with a military offensive by African Union and Somali forces, the al Qaeda-linked insurgents have pulled out of a number of urban strongholds in southern and central Somalia. They still hold sway over vast rural areas where the central government and regional administrations have minimal control.

Al Shabaab accused the humanitarian organization of working with other relief groups it had already expelled.

An al Shabaab spokesman confirmed that the Twitter messages were authentic.

“Islamic Relief has repeatedly failed, despite persistent warnings, to comply with (our) operational guidelines,” the rebels’ Twitter feed said.

Iftikhar Ahmed Shaheen, Islamic Relief’s regional director, said the announcement was a “very strong sign” from al Shabaab and that relief services helping more than one million Somalis in the regions of Bay, Bakool, Gedo and Lower Juba were at risk.

“We have no programme as far as I am aware that is funded by WFP. We will try and engage with (al Shabaab) through our local teams and try to explain our organization’s policies in a better way,” he said.

The militants, who abandoned their last urban stronghold of Kismayu late last month after an assault by Kenyan and Somali troops, expelled the International Committee of the Red Cross (ICRC) from parts of the country under its control in January.

That followed the expulsion of WFP which has had no access to areas under al Shabaab’s control since January 2010. Locals and relief organizations accuse al Shabaab of blocking emergency food aid during a famine in 2011 that ravaged southern Somalia.

WFP told Reuters it had not been working directly or indirectly with any other aid group in rebel-controlled territory in Somalia since then.