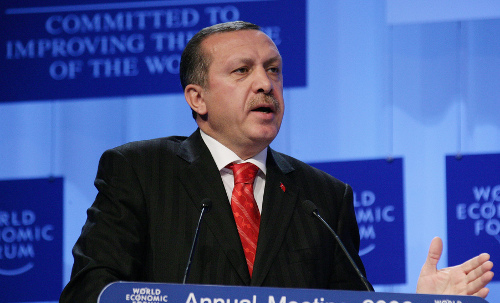 ISTANBUL — Turkey’s ruling party recently held key meetings to lay out policies for the country’s next decade. In a keynote speech, Prime Minister Recep Tayyip Erdogan said this will be his last parliamentary term — but he hinted he might seek the presidency to build on his near-decade in power.

More than 10,000 members of Turkey’s ruling Justice and Development Party, the AKP, gathered last week for its party congress. The centerpiece of the meeting was an address by Erdogan in which he outlined the country’s future — mentioning the upcoming 100th anniversary of the Turkish Republic in 2023.

“We have a bright future. Our country has the potential to be one of the greatest powers of its region and the world,”  he said.  “We will continue to advance toward our 2023 targets and build Turkey’s future hand in hand with our nation.”

Erdogan was re-elected leader at the party congress but confirmed that his current term as prime minister will be his last, in compliance with a party regulation that forbids more than three consecutive terms in office. However, he hinted at possibly contesting that regulation saying “the music pauses but does not end.”

“In between the lines, what we heard [is] ‘I will be running this country, be it as a president or a prime minister, forever.’  That was his very clear message.,” opined Aktar. “That was also the tone of the entire congress.”

Analysts said one main obstacle to Erdogan’s presumed presidential ambitions is a resurgence in fighting by Kurdish rebels of the PKK.  According to opinion polls, the violence has resulted in increasing criticism of the government.

Erdogan used last week’s congress to address the Kurdish minority, stressing the reforms introduced by his government.  He said politics, rather than violence, is the only way to find a solution to the decades-long insurgency.

But analysts said the prime minister’s efforts on the Kurdish issue may have fallen short. For now, he has ruled out such Kurdish political demands as local autonomy – a goal strongly opposed by Turkey’s powerful nationalist constituency.

Soli Ozel of Istanbul’s Kadir Has University said the AK congress revealed the prime minister’s strategy for the country and a future presidential campaign.

“I was at the congress yesterday. I heard the language. I have seen the symbolism. It’s all in reference to religion,” said Ozel. “Everything is discussed in reference to religion, with a pinch of nationalism. He is appealing both to the religious and to the nationalist sentiments of 60 to 65 percent of the electorate which are in the right part of the spectrum and that constitute overwhelming majority of the Turkish electorate.”

Such a stance complements Erdogan’s foreign policy goals: presenting Turkey as a model to the Muslim world.

“He [Erdogan] underlined, repeated, stressed a kind of new vision for Turkey, with a lot of pretension and ambition toward the world and in particular toward the Muslim world,” said Aktar.

Erdogan did not mention the European Union during his nearly three-hour speech.  Until recently, securing EU membership was a foreign policy priority of the government.