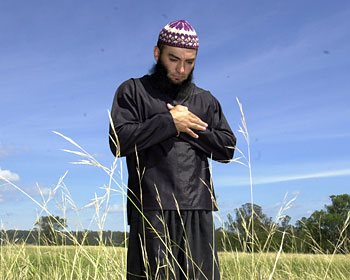 EXCLUSIVE: Sheikh Feiz Mohamed has given an exclusive interview to MuslimVillage.com where he has labelled those that used violence at the Sydney protest rally on the weekend as Muslims that have engaged in forbidden acts.

In a wide ranging interview he talked about his past, the problem of angry youth, the way forward for Australian Muslims and how to engage with what he described as “the not yet Muslims”, an expression he used for non Muslims.