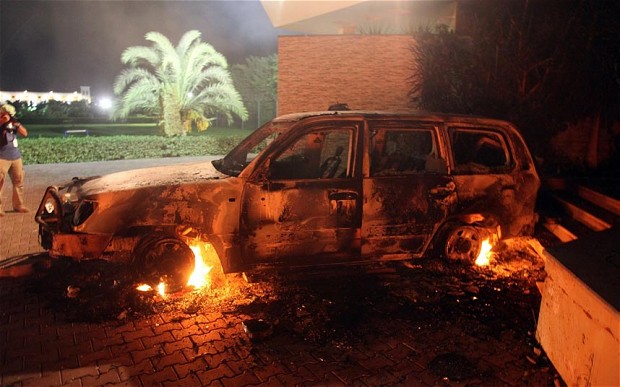 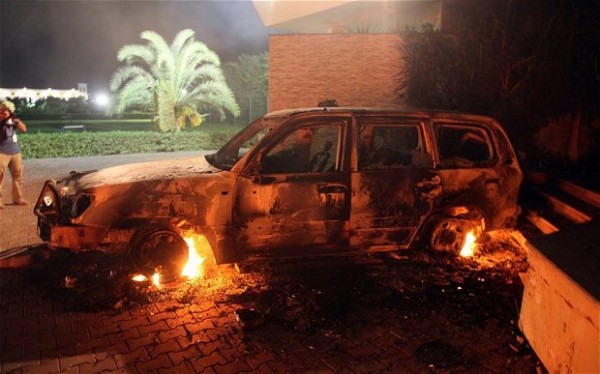 Benghazi once known as the cradle of revolution in Libya is now deemed as the ghost of terror.

The armed assault on American consulate in Benghazi, in which the American ambassador, Chris Stevens, and three other diplomats died, has left many Libyans puzzled.

Definitely it is not the way Americans should be rewarded for what role they have played in the emancipation of Libyan people from the ruthlessness of Qaddafi, and still what role they are playing in the restoration of democracy in the country.

But let me voice it aloud that whosoever has committed the crime does not represent the vast majority of Libyan people. Possibly, it may be a ploy to derail the democratic process.

During the seven-month long armed conflict against the dictator, no westerner was harmed, including many Americans who rallied behind the uprisings, testifies the fact that common people in Libya are peace loving. They simply want prosperity and security.

A very small group which is still unknown has either taken the insulting film to Islam as an excuse to attack American interest in Libya or the disgruntled individuals of Qaddafi regime may have perpetrated the attack in the garb of religious fanatics.

That a Libyan militia, formed during the revolution, came to the defense of the consulate and also took the ambassador to the hospital demonstrates the concern of the revolutionaries toward international obligations.

It has even been suggested it may be the handiwork of Assad regime that loathes the prospect of a successful democracy in Libya. Speculation will continue until the investigating agencies come out with something substantial.

Violence is never the justified by either political or religious goals. Violence begets violence.

Those killed in Benghazi attack had nothing to do with the making of the film. They paid the price for the folly of a few.

There must be more humane ways of staging protests.The spokesman for the Muslim Brotherhood, the mainstream Islamist group in Egypt said, ‘Any protests should remain peaceful with respect for property.Any non-peaceful activity will be exploited by those who hate Islam.’

At the same time, it is imperative for the government of America to rein in the sort of individuals like Sam Bacile and Terry Jones who provoke others to violence.

It is one thing to criticize, something totally different to incite. This film is almost the literal equivalent of shouting fire in a crowded movie theater.That crowded theater is the 7 billion persons in a world we all live in, connected via the internet.

It is not clear why a lawsuit against them is not allowed to proceed for engaging in hate speech.

The U.S. government, though the most powerful in the world, is a government of limited powers and does not have the authority to censor harmful expression like this deplorable film defaming the Prophet (peace be upon him).

The tragedy is that the foreign policy of America with the Muslim world often goes through the prisms of the welfare of Israel which harms it more than it serves.

We live in a global village. In an age of internet,territorial borders have shrunk. What happens in one part of the world has its immediate repercussions elsewhere.

It is time we learn to be the sensible citizens of the world where mutual respect of each other’s faith, culture and tradition forms the cornerstones of our living.

Christianity and Islam have more in common than differences. It is pity that sensible minds continue to play into the hands of fundamentalists from both sides.