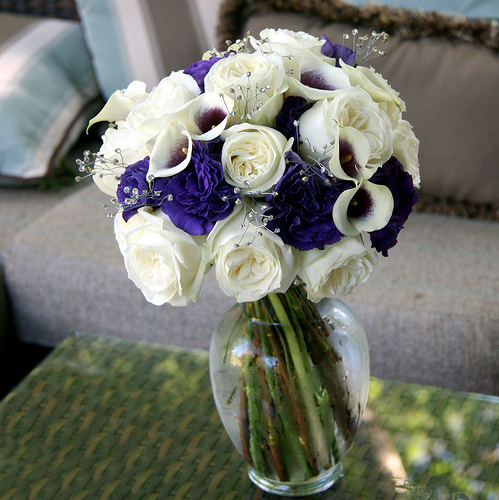 WASHINGTON – “Can you smell the perfume in this room?” Abdul Malik Kadir said to a guy in a gray suit standing next to him. “My sinuses are cleared.”

Kadir, 35, was sitting on a bench outside a ballroom at the Renaissance Washington hotel, surrounded by several hundred single Muslim men and women. The swelling crowd, ranging in age from 21 to 50-something, meant the evening of speed dating and socializing known as the Matrimonial Banquet was about to begin.

The banquet has been part of the annual convention of the Islamic Society of North America in some form or another for more than two decades, said the group’s matrimonial assistant, Tabasum Ahmad. But in recent years, the demand for such banquets has increased, and the society plans to hold them more frequently.

More Muslims are embracing them as an acceptable alternative to arranged marriages and the vagaries of 21st-century, American-style dating. Online matchmaking is also popular, but some prefer to meet in person. Both weekend banquets — which took place Sept. 1 and 2 — were sold out.

The guy in the suit was an electrical engineer from Atlanta named Mo Raza, 30. It was his first banquet. Kadir, who owns an insurance business in Tampa, Fla., went to one a couple of years ago and Raza was asking him how it worked.

The format at this year’s convention entailed having the women sit on one side of a long rectangular table with men close to their age parked across from them.

The pairs then spent three minutes chatting, at the end of which the men moved down a seat to talk to the next woman. In the course of two hours, there were to be 27 of these three-minute rounds, along with a dinner, and then a “social hour,” where they could mingle more freely.

Three minutes. The guys pondered this.

“Always ask about them,” Kadir advised. “Make them feel like you’re really into them.”

Raza said he wanted to ask the women whether they wanted to keep working after starting a family, not so much because he had a staunch preference, but to gauge her reaction. “I want to see flexibility,” he said. “Is she angry when I ask? Does she look at me like, ‘You’re so stupid?’ If so, it’s not the right person.”

Kadir was not so sure about that strategy. “You might not want to ask everyone that,” he said.

The real test would be meeting Raza’s mother, who was standing behind him, one of many relatives and friends who accompanied some of the attendees. For traditionally minded Muslims, families are intimately involved in the selection of a mate from the start.

Such a scenario was playing out a few yards away, where Rocky, a neurosurgeon from Chicago, was being prepped by his sister and two of her friends.

Rocky, a big, tall guy in a gray suit with no tie, laughed. In theory, his MD gives him an edge, Raza and Kadir lamented, doctor being the most preferred occupation among parents. There is one problem with doctors, however: It takes so long to become one. Rocky has been so engrossed in his medical training, a male friend standing next to him explained, he has had no time to meet potential spouses.

His predicament is becoming more common, said Altaf Husain, an assistant professor of social work at Howard University and an ISNA trustee. Increased mobility also takes the young away from extended families that could facilitate introductions.

“Our networks are not as strong as they once were. People are not staying in one place,” Husain said. “Young Muslims tell me, ‘My parents can’t help me because they don’t know anyone where I live.’ ”

Another problem is that women outnumber men, Husain said, including at the banquet.

Observant Muslims must also contend with one major constraint that many non-Muslims in America don’t face: a prohibition on premarital relations between men and women.

That means no dating in the conventional sense “to protect the dignity and modesty of each,” Husain said. No time spent together unchaperoned. No cohabitating. No serial monogamy. And absolutely no hookups. If a man or woman finds someone they are interested in, the next step is to meet the parents.

“Muslims value the process of getting married not so much on the individual level, but as a process between two families,” Husain said. “That way you can place a person in the context of several relationships.”

For the families of Asma Ashraf, 28, and Jaweed Mohammed, 31, it was a whirlwind romance. The couple met at an ISNA matrimonial banquet in Chicago in 2010. Mohammed said he spotted her in the foyer beforehand. When he didn’t encounter her during the three-minute sessions, he had a volunteer introduce them during the social hour. “From there, the families took over,” Ashraf said. They were married 45 days later.

Even though Ashraf hails from Chicago, which has a sizable Muslim community, she said it was hard to meet the same number of potential suitors in the regular course of life. While the interactions at the banquet can feel a bit forced, Ashraf said, they spare the participants even more awkwardness. “It’s ‘yes’ or ‘no,’ and there’s no hard feelings,” she said.

The couple were in Washington to speak at that night’s banquet. As they sat on a small stage, about 400 men and women wishing to copy their success sat before them, waiting for the three-minute rotations to begin. Outside, the moderator, a woman named Nida in a white blazer, was giving her volunteers their marching orders.

Kadir and Rocky were among the last to go in. “Pray for us!” Rocky’s sister said to her friends as she trailed behind her brother. “Time to go find a sister!”

A short while later, a volunteer waded into the throng of stragglers outside the ballroom, his hands clasped. “Brothers and sisters,” he beseeched them, “if you are here for the matrimonial, please go in.”

Then the doors closed.

Organizers had left pieces of paper with suggested questions on some of the tables. Occasionally, attendees tried to mix it up. One woman said that her favorite question of the night was, “What is your favorite vegetable?”

After dinner, the social hour began. For the last half-hour, the ballroom doors were left open. People filtered in and out, but the majority stayed to mingle.

They stayed so long that the organizers eventually had to turn off all the lights to get them to leave.

Before the room went dark, Rocky the neurosurgeon emerged to pray. He said he had fun meeting people, but to his sister’s chagrin, he did not write down anyone’s number or email address.

Kadir, the Tampa insurance salesman, was not keen on anyone he met. He said he preferred to encounter potential mates in a more organic way, such as at a party or a wedding.

Raza, the engineer from Atlanta, found the experience a tad frustrating.

“By the time you ask an important question, the three minutes is over,” he said.

But he did meet two prospects. He had his mother talk to them during social hour. He also planned to try his luck again at the next night’s banquet.

“It is still better than not meeting any people,” he said.