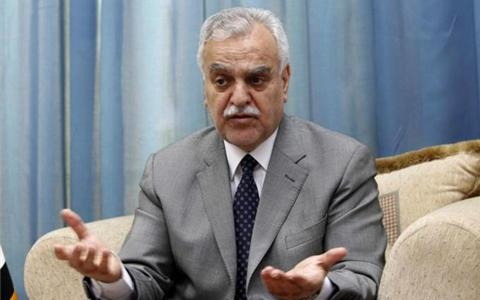 Turkey has refused to hand over fugitive Iraqi Vice President Tariq al-Hashemi, who faces a death sentence in Baghdad.

Prime Minister Recep Tayyip Erdogan said Tuesday, Hashemi could stay in Turkey as long as he wants and that Ankara will not send him to Iraq.

Hashemi, who is Sunni, denounced the death sentence handed down by an Iraqi court as an act of political retribution by the country’s Shi’ite Prime Minister Nouri al-Maliki. Speaking from exile in Ankara Monday, Hashemi accused the Iraqi prime minister of manipulating the court to oppress him.

Iraq’s Kurdish President Jalal Talabani says the timing of the Hashemi verdict is “regrettable” because the vice president remains in office. He warns the court’s move may complicate Iraq’s efforts to achieve national reconciliation.

In Sunday’s ruling, the court convicted Hashemi, in absentia, of murdering a Shi’ite security official and a lawyer and sentenced him the death. Hashemi says the rulings were politically motivated and that he will not return to Iraq to challenge them under what he called a “corrupt” judiciary.

Maliki’s aides deny that he influenced the trial.

Hashemi fled to Turkey after Iraq’s Shi’ite-led government issued the terror charges against him in December, the day after U.S. troops withdrew from the country.

Sunni leaders who support Hashimi accuse Maliki’s government of trying to sideline them from a power-sharing arrangement meant to guard against the sectarian violence that continues to plague Iraq.

After the fall of Sunni President Saddam Hussein and the rise to power of Iraq’s Shi’ite majority, many Iraqi Sunnis feel they have been sidelined. The increased political tension is often accompanied by a surge in violence as Sunni Islamist insurgents try to capitalize on instability to strike at the government, local security forces and Shi’ite religious targets.

Sunday’s verdict coincided with a wave of bombings and insurgent attacks that killed at least 100 people, making Sunday one of the bloodiest days in Iraq since American troops withdrew, last year.

There were no immediate claims of responsibility for the violence, but Iraqi officials suspect al-Qaida militants, who have staged periodic attacks in their campaign to undermine Iraq’s Shi’ite-led government.