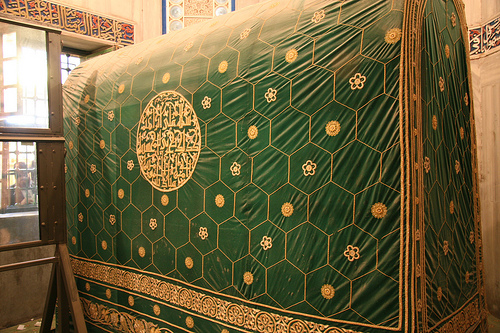 The tomb of the prophet Abraham (peace be upon him) in Hebron.

Thanks to the German authorities, we now have a new culture war in Europe: Can parents, Jewish or Muslim, have their sons circumcised, as per their traditions, which are thousands of years old? Or should governments consider this as child abuse and thus “save” the foreskins of Jewish and Muslim kids.

I know it is a complicated debate, but let me stake out my position clearly and simply: Circumcision is a religious tradition that should never be banned by any state. German authorities, and all others, can take measures to make sure that it is performed with the right medical conditions and care, but they would be absolutely wrong to ban it.

I am not saying this because I believe that every “tradition” deserves respect. “Honor killings,” for example, can never be tolerated, like the “sati” (wife-burning) that was once widespread among Hindus. The terrible practice called “female circumcision” should also be banned in any civilized society, for it gives not just horrible pain but also permanent harm to female bodies.

In other words, I am not among the extreme multiculturalists, who are willing to justify various forms of violence and oppression within traditional communities by simply saying, “well, it’s their culture.”

But male circumcision is a different matter. Unlike the “female” version, which is designed to deprive women of sexual pleasure by removing their clitoris, male circumcision causes no harm. In fact, it has long been suggested that it is helpful for health and a person’s sexual life, and that is why there are so many non-Jewish and non-Muslim males in North America who have had the operation. (In Africa, circumcision is also known to help minimize HIV transmission as well.)

No wonder both Jews and Muslims, who have been circumcised for generations, seem to be doing just fine in their foreskin-less lives.

Moreover, this tradition is so integral to the faith and culture of these two communities that depriving them of the right to circumcision would be an attack on religious freedom. In both communities, being “uncircumcised” has very negative and exclusionary connotations, and it would have traumatizing effects on young males. (In fact, it is interesting that the Quran has no reference to circumcision, but the practice has become very established in the Islamic tradition thanks to secondary sources such as “hadiths,” i.e., the reported words and deeds of the Prophet Muhammad.)

That is why I support the Muslim and Jewish reactions to the German ban on circumcision. I am also glad to see that these two faith communities, which have so many commonalities, now have a chance to stand together in the face of an overbearing modernism. (I have always held that Judaism and Islam are the closest religions on earth, with regards to both theology and practice, and it is only unfortunate that the political confrontation in Israel/Palestine has overshadowed these religious parallels.)

That is why I hope that the German government will retreat from this ban, as Chancellor Angela Merkel has suggested, and that Jews and Muslims will be able to keep on living and flourishing in that country. Otherwise, this will be a much-unnecessary stain on Germany’s already complicated history with Semitic peoples.