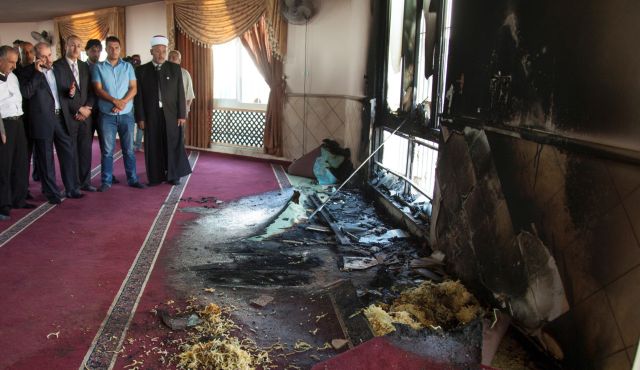 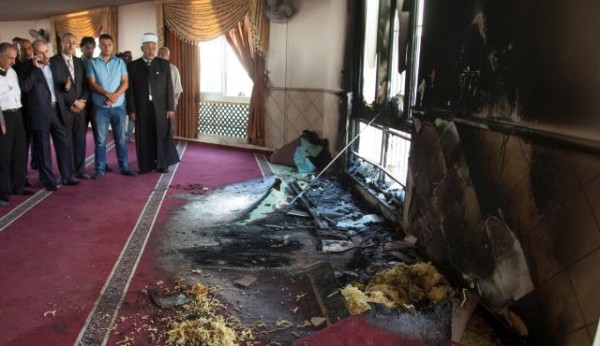 For the first time, the U.S. State Department has cited violence by settlers against Palestinians in the West Bank under the heading “terrorist incidents” in its annual Country Report on Terrorism.

The 2011 U.S. Country Report – which profiles terrorist activities around the world – cites seven “2011 terrorist incidents” in Israel, Gaza and the West Bank. Along with rocket attacks from Gaza, the report identifies three “price tag” incidents – a term which has come to describe, among other things, attacks against Palestinian property in revenge for violence against settlers. The report cites the 2011 vandalism of the Muslim Mamilla Cemetery in Jerusalem, an arson attack on a Jerusalem mosque in December, and another arson attack on a mosque in the village of Burqa in December.

The report also states that 10 mosques in the West Bank and Jerusalem were vandalized or set on fire in 2011, and that these attacks were believed by Israeli authorities to have been “perpetrated by settlers, up from six such incidents in 2010 and one in 2009.”

The report, released July 31, states that GOC Central Command Avi Mizrahi has referred to attacks against Palestinians and Palestinian property as terror.

The State Department also refers to the December attack on the Israel Defense Forces Ephraim Brigade Headquarters in the section on “Countering Radicalization and Violent Extremism.” It notes that the incident “sparked a public debate in Israel on the phenomena of settler violence” and that “political and security officials pledged to implement several steps to curb and punish these violent attacks.”

Meanwhile, on Friday, a U.S. State Department official strongly condemned the firebombing of a Palestinian taxi the day before, which injured six people, including two children. Jewish extremists are suspected of carrying out the attack.

“The United States condemns in the strongest possible terms yesterday’s attack on a Palestinian taxi in the West Bank,” State Department spokeswoman Victoria Nuland said Friday. “We extend our deepest sympathies to the victims, among them children, and we hope for their speedy recovery. We note that the government of Israel has also condemned this heinous attack and pledged to bring the perpetrators to justice. We look to Israeli law enforcement officials to do so expeditiously. We urge all parties to avoid any actions that could lead to an escalation of violence.”

Palestinian Authority President Mahmoud Abbas said Friday in a radio interview that settler attacks on Palestinians were taking place “in the shadow of the protection given them by the Israeli occupation army.”

Abbas said the IDF could stop the attacks if it wanted to do so. He added that the attacks were “proof of the racist policy that still nestles in the mentality of this army and the settlers.”

Following concerns in Israel that the attack would lead to widespread violence in the West Bank, Prime Minister Benjamin Netanyahu’s bureau said the prime minister’s envoy Isaac Molho took the unusual step of telephoning Abbas and PA Prime Minister Salam Fayyad to inform them that Netanyahu had instructed security forces to make every effort to arrest the perpetrators. Molho also reportedly told the Palestinian leaders that Netanyahu intended to personally follow up on the victims’ medical treatment in Israel.

In previous price tag incidents, including the arson attacks on mosques, Netanyahu made do with public condemnation of the attacks.