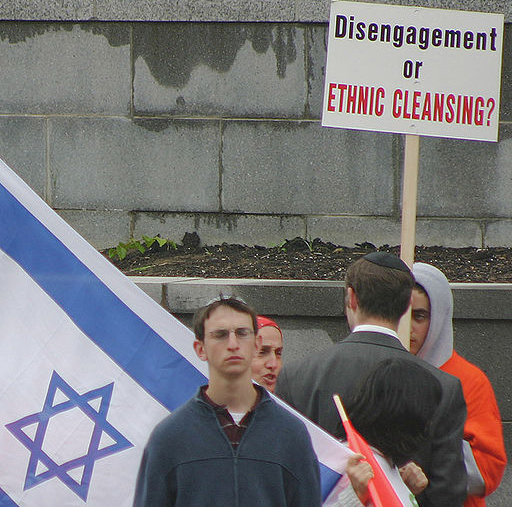 Virtually no one in Congress confronts it. Doing so is a career-ender. It has enormous influence over US Middle East policies affecting Israel, including war and peace.

It disseminates disinformation, lies and hate. It viciously attacks opponents. It calls Iran “the world’s leading state sponsor of terrorism and is racing toward a nuclear weapons capability.”

It manufactures threats to promote fear. It wants the Islamic Republic destroyed. It targets other regional states. It wants unchallenged Israeli regional dominance.

James Petras says its sole purpose “is to ensure Israel’s unchallenged military and political power over a huge region from North Africa to the Persian Gulf.”

Its annual meeting “is the most outrageous public display of Zionist-Jewish power as it shapes US foreign policy.”

It threatens “to drag the US into another major war in the Middle East – this time against Iran.” Doing so is lawless, madness, and self-destructive.

Its web site says “While the World Talks, Iran Enriches; More Pressure Needed.” A litany of disinformation and lies followed.

Iran “is believed to have carried out experiments on nuclear explosives.”

“Satellite images indicate Iran has been working to cleanse (a suspect) site by removing buildings and soil.”

“America must make clear that it will act to prevent Iran from achieving the capability to build a nuclear weapon at a time of its choosing.”

Contain(ing) a nuclear Iran” is inadequate. US policy must reject any possibility of Tehran developing nuclear weapons. All options must be considered, including “military action.”

Economic sanctions must be “accelerated” and “crippling.” Washington should do whatever it takes to prevent a nuclear Iran.

AIPAC is a destructive, malevolent, evil force. It’s heading Washington for war. Waging one on Iran assures losers, not winners. Israel may self-destruct in the process. Catastrophe will affect the region. America won’t escape harm.

War on Iran may go nuclear. Weapons of mass destruction may be used against a nonbelligerent state. The potential economic and human consequences are staggering. At issue is either stopping this madness or be consumed by it.

Nuclear war leaves no middle ground. General Omar Bradley said the only “way to win an atomic war is to make certain it never starts.” It may be closer than most imagine.

In mid-August, Foreign Policy featured a debate of sorts. David Rothkopf headlined “The Drums of August.” He’s Foreign Policy’s CEO and Editor-at Large. Earlier he served as Kissinger Associates managing director and US Deputy Under Secretary of Commerce for International Trade Policy.

“Israel is not bluffing,” he said. The punch line about a boy crying wolf is that “the wolf shows up.” Reasons for attacking Iran are “clearly growing more compelling for Israeli leaders.”

A litany of canards followed, including:

Failure to confront Iran is “imprudent.” He implies might equals right as the bottom red line.

Stephen Walt’s view differs. He headlined “Another reason the US shouldn’t go to war with Iran,” saying:

Washington should avoid war. It’s not in America’s interest. Diplomacy should be prioritized, not conflict. Policy makers mustn’t “get buffaloed into a war by Israel.” He urges reengaging Iran directly.

It “makes so much sense,” he stresses, even though AIPAC and other hardliners reject it. Together with Netanyahu, they’re heading America for war. They’re “paint(ing) the United States into a corner.”

Why is “simple.” Israel can’t go it alone. It lacks enough power. It can’t sufficiently damage Iran’s nuclear facilities without US help. Israel understands. It’s pushing Washington into a war it shouldn’t wage.

Notions about “closing windows,” “red lines,” “zones of immunity,” and other rhetoric are political ploys to “stifle diplomacy, strengthen sanctions,” and pressure Washington to use force. Israel needs America for its “heavy lifting.”

Netanyahu/Barak war talk is “bluff, but one can scarcely blame Israel for employing a tactic that keeps working so well. It’s our fault we keep falling for it.”

Walt’s argument falls short. Vital issues too important to ignore weren’t discussed. No evidence suggests an Iranian nuclear program. Nations with them don’t lob them at each other or non-nuclear states. Aggressive war is lawless.

Iran threatens no one. It urges peace, not war. It wants a nuclear free Middle East. Claiming an alleged nuclear threat is red herring cover for regime change.

Attacking Iran may go nuclear. Doing so assures mass casualties. Israel will be affected like Iran. So will America, other regional nations, and Western ones.

Anytime war is waged, it’s hell. Potential nuclear war is madness and self-destructive. Netanyahu and Barak allegedly set a September 25 deadline. Obama’s got until then to commit to military action or Israel will go it alone.

“We’ve come to a very critical juncture where important decisions do have to be made.” He added it won’t be “in the too far distant future.”

Oren also raised the bogus issue of an alleged Syrian chemical weapons threat. He suggested dealing with it might have to be prioritized. Earlier, Israel threatened to attack Syrian facilities where chemical weapons are stored. Doing so increases the likelihood of full-scale war.

Israel is spoiling for a fight. Ideally it wants Washington to do its heavy lifting. Either way, it wants regional rivals removed. War is its final solution.

Last March, Occupy AIPAC said “AIPAC wants war with Iran. We don’t!” Its open letter to Congress said “AIPAC is on the warpath – this time with Iran. They say the US should be willing to attack Iran or support an Israeli attack.”

“AIPAC pushed our government into the catastrophic war in Iraq by exaggerating Saddam Hussein’s threat and lying about weapons of mass destruction. Now they are repeating history, with AIPAC lobbyists vastly exaggerating Iran’s nuclear threat and eschewing negotiations.”

“AIPAC continues to lobby for policies that prohibit a just peace for Israelis and Palestinians and support violations of international law. AIPAC’s views do not represent the values and interests of the majority of the American people who voted for you, who pay the taxes that fund our government, and whose family members serve in the U.S. military.”

“The majority of Americans do not want another war in the Middle East and the US can’t afford a war during the worst economic downturn since the Great Depression.”

“The Iraq war left thousands of Americans and hundreds of thousands of Iraqis dead. We implore you not to repeat this tragic mistake. Say no to AIPAC, no to war with Iran and yes to diplomacy.”

Wars don’t solve problems. They create them. War with Syria and/or Iran may cross a line too potentially catastrophic to risk. Priority one is stopping leaders willing to chance it.