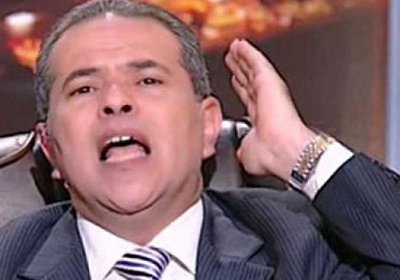 The United States says it is concerned about new restrictions on freedoms of expression in Mideast allies Egypt and Bahrain.

State Department spokeswoman Victoria Nuland says the Obama administration is “very concerned” by reports that the Egyptian government is moving to restrict media freedom and criticism including preventing the distribution of a newspaper and suspending a satellite television channel that feature opponents of President Mohamed Morsi.

Okasha was a member of parliament for Egypt’s former ruling party and has accused the United States of helping rig this year’s presidential vote in favor of President Morsi and the Muslim Brotherhood.

An Egyptian court ordered the confiscation of Saturday’s edition of Al-Dustour, which featured a front-page article calling on civilians to join the military in confronting what it called a Muslim Brotherhood “emirate.”

As Egypt moves toward the drafting of a new constitution, Nuland says the United States is calling on everyone involved in the process to support democratic principles.

In Bahrain, Nuland says the Obama administration believes authorities should vacate a sentence against human rights advocate Nabeel Rajab, who is also facing charges over an Internet tweet critical of the prime minister.

“It’s critical for all governments, including Bahrain, to respect freedom of express, freedom of assembly, so we are deeply troubled by the sentencing today of Nabeel Rajab to three years in prison on charges of illegally gathering,” Nuland said.

She says the United States believes that all people have a fundamental freedom to participate in civil acts of peaceful disobedience.

“And we call on the government of Bahrain to take steps to build confidence across Bahraini society and to begin a really meaningful dialogue with the political opposition and civil society. Because actions like this sentencing today only serve to further divide Bahraini society,” she said.

She says Washington supports a national dialogue in Bahrain to “heal the country and get the constituencies talking to each other about reform that is going to protect the rights of all citizens.”