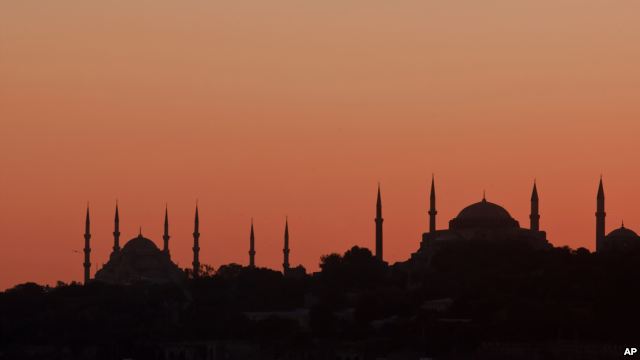 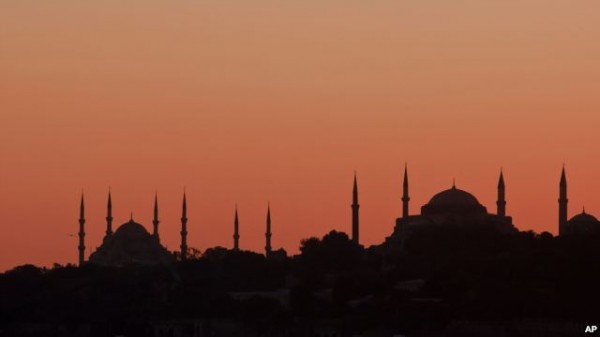 ISTANBUL — A last-minute decision to ban alcohol at an international rock festival in Istanbul has provoked a heated debate between religious and secular residents. The debate is taking place during the Islamic fasting month of Ramadan, traditionally a testing time for the diverse city, famed for both its historical mosques and vibrant nightlife. The controversy also reveals wider concerns for the future of the city.

The pious and the secular clashed head-on at a recent rock music concert at Istanbul Bilgi University. The all-day event was sponsored by Turkey’s leading beer producer, but a late decision resulted in a prohibition on alcohol. Thousands of parched music fans instead had to make do with lemonade and water.

The concert was held in the Eyup district of the city, which has a large religious community where Ramadan is strictly followed. Local authorities, dominated by the ruling Islamic-rooted AK party, defended the ban, citing the religious sensitivities of the locals.

Others didn’t agree with the decision. One man said that people in the neighborhood organized a petition to stop alcohol from being sold at the concert, but he did not sign it because he does not believe you should interfere in other peoples’ lives.

A woman disagreed. Since it’s a predominantly Muslim area, she said, the ban was necessary out of respect for residents.

Many of the country’s leading newspaper columnists have criticized the ban. “This is not a battle about alcohol, but about freedom,” wrote leading columnist Hasan Cemal of the newspaper Milliyet.

But Prime Minister Recep Tayyip Erdogan, whose AK party is Islamist-dominated, proudly declared he was behind the decision to ban alcohol at the concert.

“They want all our youth to be alcoholics. What on earth is this? I told the university authorities we were upset over the festival,” he said.  “For Allah’s sake, how can this occur?”

Istanbul is home to some of Islam’s most important mosques, but it also is famous for its thriving party scene, with bars and restaurants that date back centuries. At one restaurant, tasty tapas-like dishes are served alongside the national drink of raki – a potent aniseed spirit.

Gokhan Tan of Istanbul Bilgi University worries that the delicate balance of the city is changing.

“First, Uskudar district – the mayor – told that we are not going to sell alcohol, then we see other places, especially in Beyoglu. They don’t say it directly, but the right to drink alcohol in public places is diminishing and it’s an entertainment area. And they say that it is a unique place and it must be conserved. These are the municipalities of the ruling party.”

In neighborhoods controlled by the center-left party, however, there has been an explosion in the number of bars and restaurants.

In the Kadikoy district, which is on the Asian side of Istanbul, dozens of bars and restaurants have opened in the space of a year. People sit drinking and eating day and night, even during the holy month of Ramadan. And there is an awareness that the city is undergoing a transformation of sorts.

A well-known Islamist columnist has suggested that secular and religious people should live in separate quarters.

For Tan of Istanbul Bilgi University, that’s a depressing prospect.

“We feel that our lives are divided into parts, this is your area and this your area, is not a good thing. We are all the same people. We can have different feelings, different beliefs and different lives. We live in the same city, but why should I restrict myself to only ‘my’ neighborhood,” asks Tan.

Istanbul is home to more than 15 million people – nearly a quarter of the country’s population. And, in many ways, it is a reflection of it. If voluntary segregation replaces tolerance, experts warn that could be a worrying sign not just for the future of Istanbul, but all of Turkey.