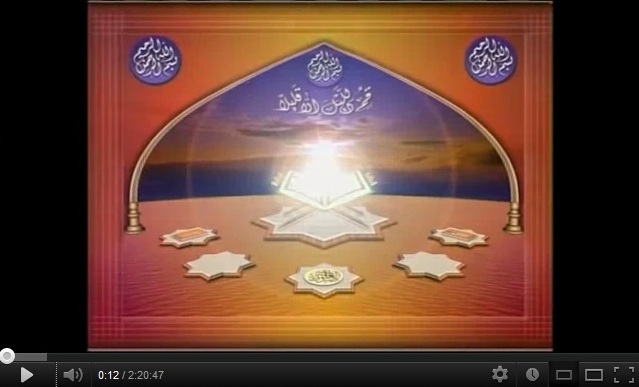 Just a few short weeks after welcoming relics of the Prophet Muhammad to Grozny, Chechen leader Ramzan Kadyrov is set to take care of them, permanently.

The announcement that Kadyrov would become an official curator was posted on the Chechen government’s website, which says that the Chechen leader learned of his appointment — which he “of course” accepted — during a meeting with Russian Federation Council member Ziyad Sabsabi.

Sabsabi, an ethnic Syrian who has served as a sort of unofficial emissary to the Arab-speaking world, reportedly presented a letter from Ahmad bin Muhammad al-Hazraji, the head of religious affairs in Dubai for the United Arab Emirates (U.A.E.) government, asking Kadyrov to become a custodian of the relics of the Prophet Muhammad.

On July 11, Kadyrov presided over the much-anticipated arrival of several relics reportedly belonging to the Prophet Muhammad — including a piece of his beard — from the U.A.E. Hazraji’s family claims to be descendents of Muhammad.

In a ceremony lasting several hours — and broadcast live on TV Grozny — Kadyrov pulled out all the stops to welcome the delegation from Abu Dhabi. Throngs of believers gathered on the tarmac of the Grozny airport to catch a glimpse the holy artifacts. The route from the airport to Grozny’s Central Dome Mosque, where the relics were put on display, was lined with people of all ages holding Korans and waving green flags.

According to “Vestnik Kavkaza,” more than 1 million people have seen the artifacts since they arrived in Grozny.

In September 2011, Kadyrov staged an elaborate ceremony to mark the arrival of a bowl, which had reportedly been used by the Prophet, from London where it was kept by descendants of Muhammad’s cousin Ali. According to a report by “The Guardian,” Kadyrov’s official press service said that several different parties had expressed interest in the bowl, but “the descendants decided that Ramzan Kadyrov deserves to keep it.”

Kadyrov’s father Akhmad, who was assassinated in 2004, had served as chief mufti of the region during and after the Chechen wars in the 1990s. The younger Kadyrov has long sought to pick up where his father left off and establish himself as a religious leader in the region.