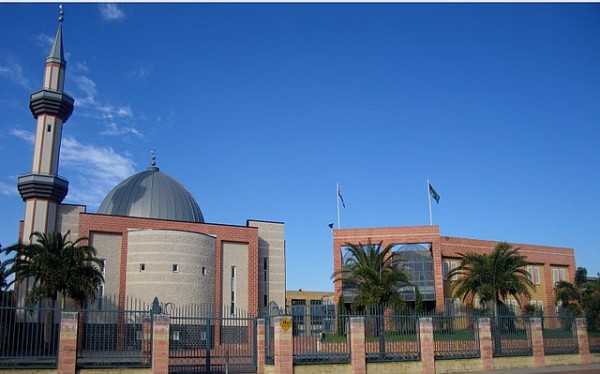 It is with great sadness but with some relief that the fortress holding some of the largest assets belonging to the Muslim community in Australia is finally being challenged. Of course I am referring to the recent loss of funding and accountability demands of Malek Fahd Islamic College and its owner the Australian Federation of Islamic Councils. Unfortunately, this has not come about by legitimate leadership challenges from within the community or internal accountability processes but by the hand of outsiders to the Muslim community – the State government which has for years poured millions of dollars into this school.

For some time I have wondered about my community’s willingness to turn a blind eye to the lack of ethical Islamic tenets in such organizations,
with parents risking their children’s welfare by pursuing the honour of being ‘one of the few’ to survive Malek Fahd’s often brutal system of teaching. Their overriding concern it seems is for a child who graduates with some of the highest marks in the state. Many students however do not survive this system, with a continual bleeding of forced unenrolments from those boys and girls who did not deliver to the school’s high demands.

Caring for those very capable students who did not survive their system earned my school – Noor al Houda – the nickname of ‘the reject school’. Such ‘rejected’ students – who may even have achieved a 78% mark in their year 10 or 11 – may not have had the highest marks, but we provided the support that they needed to enjoy learning and develop from adolescents into wonderful young adults – most of whom successfully transitioned to University and professional lives. I have had countless discussions with other Principals who comment on the emotional and psychological damage done to such students who have spent most of their lives in one school, struggling to meet its demands, only to be forced out for no fault of their own.

The goal of education should not be high marks, but students who have a broad understanding of their role in society, and the skills they need to pursue whatever education and future to which they aspire. These critical years of a young person’s life should also be fun, full of a wide variety of creative physical and intellectual challenges, with memories that will nurture the next generation.

The Quran, the holy book of Muslims, and our Prophet s.a.w. both taught us the importance of learning. ‘Seek knowledge from the cradle to the grave’, ‘Seek knowledge even unto China’, and ‘the scholars are the inheritors of the Prophets’ are Hadith that we all know. But this is not just accumulation of knowledge for the sake of high marks, or for accessing entry to wealthy and high status professions. The Quran describes the acquisition of knowledge with such words as ‘tafakkur’, the reflexive form of the Arabic root word ‘fikr’ – to think, which includes concepts of reflecting, meditating and speculating. Tafakkur is mentioned 17 times in the Quran, along with the word Tawassum – referring to a greater spiritual awareness through deep understanding of God’s signs in nature and life – as well as Tadabbur or wise contemplation.

These Islamic aspects of the acquisition of knowledge – aiming at a deeper spiritual connection with God, and a greater ability to contribute to the welfare and overall benefit of the humanity – represent the correct intention for study. Seeking knowledge with such pure intentions is in fact counter to the notion of pressuring students to get high marks for the purpose of prestige and ultimately wealth.

Now in any school there are four parties to the process of delivering knowledge – the students, the parents, the teachers and the school owners. There would have been many students, parents and teachers who genuinely sought to give or receive knowledge within the example of the Prophet – to improve themselves, their families and to contribute to society. Allah alone is the judge of their intentions.

However, it has been well known throughout the community for decades, that Malek Fahd’s owner, the Australian Federation of Islamic Councils has been less than noble in its aim to build massive schools or accountable in its handling of the substantial wealth initially earned from halal food and other business and foreign sources. As the ‘peak body’ representing Muslims in Australia, self-appointed in the 1970’s, those sitting in the executive have sought to impose their will on the rest of their community, while providing very little in return.

In 1983, Al Noori was the first fledging school in NSW – and arguably in Australia as it established at the same time as the AFIC school in Victoria. It battled for years with local Councils, in and out of court, and endured severe financial and infrastructure difficulties in order to be established. Despite many appeals to AFIC for financial, moral, political or infrastructure support, as Principal of Al Noori I received none, but was threatened with dire consequences by a member of the AFIC executive if I continued to establish our school. They considered it a threat to the future of the proposed Malek Fahed.

For decades AFIC continued to pour its funds and its support into the schools it established around the country as a secure and prestigious investment for its entrenched executive, treating in a hostile fashion the many other Muslim schools not under its control. In 1991 many of these schools decided to support each other through the establishment of the Australian Council for Islamic Education in Schools – AFIC would not join without a controlling vote and ultimately did not participate.

By appealing to the aspirational goals of a recently migrated community, AFIC/Malek Fahd encouraged mass enrollment of the very young, gradually excluding through various means any students who did not fit their aim of graduating a small proportion with the highest marks in the state. For years the local papers have reported on the less than ethical methods used by Malek Fahd to ensure its students rank amongst the highest. Pastoral care, gifted and talented programs, the deeper spiritual pursuits of knowledge, and the ultimate care of the student have been borne by those dedicated teachers who were able to carry through often despite the Board.

It is time now for all members of the community to demand an ‘Arab Spring’ rejection of dominant and corrupt (allegedly) institutions in our community like AFIC. Our schools should be for all our children, for the welfare and hopes of them all – the very smart, the not so smart, the just average, even the disabled. As parents, let us stop this competitive drive for high marks at any cost, and revise our goals in seeking knowledge and an education. We should also demand that school owners and boards be more open – with active parent bodies, published finances and accountable to the parents for school funds and the policies they set. No child should be discriminated against by school policy. Above all, AFIC should cease empire building, break down the fortress and start using its wealth for the genuine benefit of all Australian Muslims.