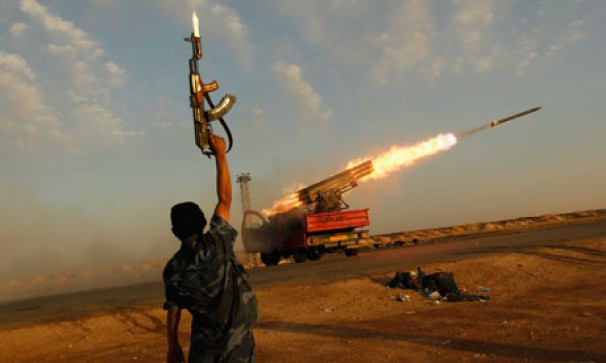 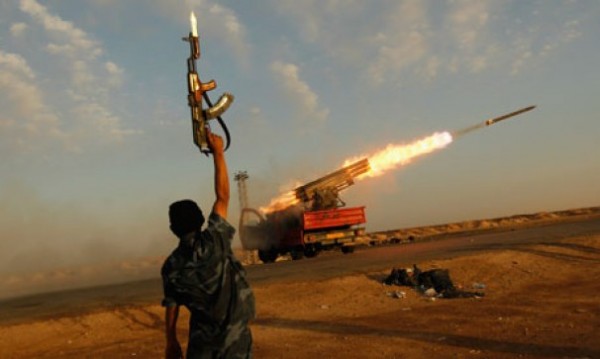 August 03, 2012 ” Asia Times — It took Reuters quite a while to be allowed to report that US President Barack Obama had approved an intelligence finding [1] letting the Central Intelligence Agency (CIA) loose in its support for the weaponized “rebels” fighting for regime change in Syria.

By now even fishermen in Fiji knew about this “secret” (not to mention that everyone and his neighbor across Latin America knows a thing or two about the CIA’s regime change adventures). Reuters cautiously describes the support as “circumscribed”. That’s code for “leading from behind”.

Whenever the CIA wants to leak something it uses a faithful scribe, such as David Ignatius from the Washington Post. Already on July 18 Ignatius was reproducing his briefing, [2] according to which “the CIA has been working with the Syrian opposition for several weeks under a non-lethal directive … Scores of Israeli intelligence officers are also operating along Syria’s border, though they are keeping a low profile.”

How lovely. How low profile do you get along Syria’s borders? An Instagram surrounded by a bunch of grinning truck drivers?

As for the Mossad’s “low profile”, the spin in Tel Aviv is that Israel is able to “control” the swarm of hardcore Wahhabis and Salafi-jihadis now infesting Syria. Even if that is manifest nonsense, one juicy point is clear; Israel is in bed with al-Qaeda-style Islamists.

What this means is that the Not Exactly Free Syrian Army (FSA), crammed with Muslim Brotherhood diehards and infiltrated by Salafi-jihadis, is following the agenda not only of their financiers and weaponizers – the House of Saud and Qatar – but also Tel Aviv, alongside Washington and its trademark poodles London and Paris. So this is not just a proxy war – it’s a multiple, concentric proxy war.

Meet the triangle of death

Tel Aviv’s agenda is clear; a weakened Syrian government, an overextended army in disarray, sectarian hatred all around and a relentless slouching towards balkanization. The ultimate goal; not only the Lebanonization, but the Somalization of Syria and environs.

As reported by ATol for months now, North Atlantic Treaty Organization (NATO) until a while ago was running a command and control center in Iskenderun, in Hathay province. Recently, it was finally leaked to Reuters the news of a joint Turkey-Qatar-Saudi Arabia “secret” base in Adana, 100 kilometers from the Syrian border. Adana happens to be the home of Incirlik, the immense NATO base. A local ATol source for weeks has been reporting of frantic cargo movements at Incirlik.

It was Saudi Deputy Foreign Minister Abdulaziz bin Abdullah al-Saud who requested, in person, for the base to be set up, to Ankara’s delight.

Ankara-Riyadh-Doha; talk about a triangle of death. Yet the spin from Qatar is once again of the “leading from behind” variety. Turkey is doing the military heavy lifting; the CIA is “hands off”; and Qatar is just taking pictures like an innocent tourist (while directing operations via its military intelligence). The heavy-duty guys are all unspecified “middlemen”.

Obama has not authorized a drone war – yet – and the CIA may not be weaponizing the “rebels”; that’s the “triangle of death’s” business. An inflation of Russian rocket-propelled grenades bought in the black market has been responsible for recent “rebel” surges in Damascus and Aleppo. Now an inflation of shoulder-fired anti-tank missiles and surface-to-air missiles is to be expected; NBC News has already reported about a “gift” of nearly two dozen surface-to-air missiles to the FSA – delivered via, where else, Turkey.

Qatar and Saudi Arabia are taking no prisoners. No one in Washington seems to be looking back to post-jihad Afghanistan before making a decision. By the way, this is the 1980s Afghan jihad all over again – with Saudi Arabia and Qatar playing the role of Pakistan, the FSA as the glorious mujahideen “freedom fighters” and Obama as Ronald Reagan; the only element missing is Obama approving a “memorandum of notification” to his initial intelligence finding, authorizing Washington to weaponize the freedom fighters and introducing a swarm of drones.

Now that’s the recipe for a certified 2013 Hollywood blockbuster.

Riyadh, for its part, is forcing Jordan’s King Playstation to install a buffer zone in his territory for the over 100 gangs that comprise the FSA – as revealed by the Saudi-financed al-Quds al-Arabi. And guess who was the henchman forcing the deal? No less than vanishing Saudi intel chief Prince Bandar, who may or may not have been killed in a bomb attack two weeks ago (see Where is Prince Bandar?, Asia Times Online, August 2, 2012).

It’s worth repeating till the Grim Reaper comes to collect; spectacular blowback looms large. The prolonged siege of Aleppo is at hand. The NATO-Gulf Cooperation Council “secret base” in Turkey, plus free-for-all weaponizing, are empowering an extremely nasty mix of unemployed, semi-illiterate young Sunni Syrians, sectarian born to kill army defectors, assorted criminals and multinational Salafi-jihadis. This video [3] shows everything one needs to know about the FSA. And this [4] shows what kind of “democracy” they are aiming for.

The Obama administration’s foreign policy makers must be on (lousy) crack. Just because they are engaged on an all-out war against not only Iran, but also Shi’ites all around, how could they possibly bet on a Somalization of Syria profiting Wahhabi intolerance? A grinning Grim Reaper awaits in the wings.