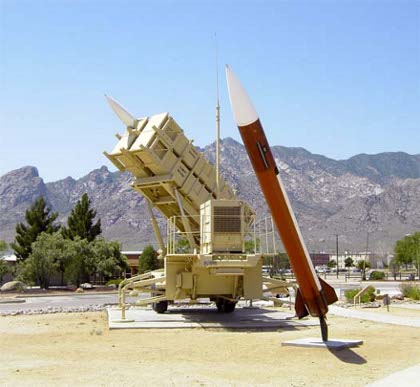 Pentagon officials announced that they are seriously considering the sale of 60 MIM-104 Patriot Surface-to-Air Missile (SAM) systems to Kuwait, estimated to be worth some $4.2 billion, saudidefence.com reported.

An official request was made by the Kuwaiti Armed Forces for the purchase of the missiles in August 2010. Officials confirmed that only 60 missiles will be sold to the Gulf nation, although they had requested for the delivery of more than 200 units. In the neighbouring Saudi Arabia, the Royal Saudi Air Defence is already using the Patriot missile, as a part of its “Peace Shield”.

US authorities claimed that the sale was necessitated by the growing threats from Iran. Recently senior military officials from Iran had warned that the military facilities operated by the US and its allies in the region will come under attack from them, in case any pre-emptive missile strike is launched against the nation’s nuclear facilities.

According to the Defence Security Cooperation Agency (DSCA), in addition to the sale of 60 Patriot advanced capability (PAC-3) missiles, the deal will also include the delivery of 20 Transporter Erector Launchers (TELs), four radar systems, training and related equipment, as well as maintenance contracts.

Kuwait is already operating a large number of Patriot SAM systems, which it had acquired from the Americans during the last two decades. The first delivery of 210 missiles, along with 25 TELs was made in 1992, following the Iraqi invasion of Kuwait. Another 140 missiles were delivered in 2007.

Developed by the U.S. defense manufacturer Raytheon, the MIM-104 Patriot is considered to be one of the most efficient SAM systems ever made. The Armed Forces in more than a dozen nations, including the U.S., Germany, Taiwan, and Spain currently deploy the missile, to protect their skies against incoming ballistic missiles.