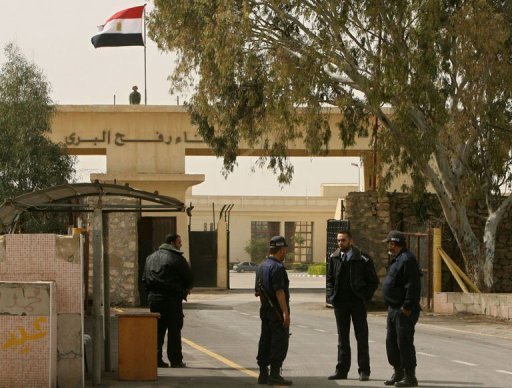 Egypt is allowing freer temporary entry for Palestinians into the country through the Rafah border crossing in an unprecedented move to ease long-imposed travel restrictions, particularly on Gazans – however, not everyone agrees the measures will go far enough.

Until now, any Palestinian under 40 was escorted by security agents to or from the Gaza border to ensure they spent no time on Egyptian territory. Palestinians saw the practice as a humiliation, especially since it often meant detention at the border or airport for up to three days, often in small rooms alongside criminals, as they waited for an escort.

“Imagine yourself locked in a small room in the basement of the airport, not allowed to smoke, eat or go to the bathroom except after approval from a security official,” said Youssef Ramadan, a 36-year old merchant from Gaza who often travels to China through Egypt. “Humiliation is not the word. It is a nightmare.”

He spent 36 hours in such conditions on his way back from China in May.

“It’s time to end this and forever. It makes no sense to travel all over the world then Egypt, an Arab country, treats you like an animal.”

The new measures end the procedure and allow Palestinians to cross through Egypt on their own arrangements, allowing them to stay in the country for up to 72 hours to do so. The measures came into effect early on Monday, and took many security agencies by surprise because it came before a formal announcement was made.

Border restrictions at Rafah have caused more than pain and humiliation, however. Palestinians have died waiting to cross the border for medical reasons.

In July 2006, four Palestinians died while awaiting re-entry into Gaza on the Egyptian side of the border crossing. The crossing was closed for weeks following the kidnapping of Israeli soldier Gilad Shalit; two of the victims caught in the collective punishment were a 19-year-old woman and a 1.5-year-old infant.

The young woman, Mona Ismail, was returning from an operation in a Cairo hospital. She died as a result of a severe deterioration of her medical condition as she waited to cross. The infant, Hamze Abu Taleb, died of heat stroke.

Since then, the Rafah border between the Gaza Strip and Egypt has been closed on a regular basis – except for occasional, limited openings that meet only a small percentage of the travel needs of residents of the territory.

Attempts by Gazans to realise their right to freedom of movement and access to medical treatment, work, educational opportunities and family have been consistently thwarted by border security.

The crossing from Gaza to Egypt is a nightmarish process for most. Security procedures turn what should be a 30-minute journey into a test of patience and will – even family members seeking to reunite and those in need of medical treatment face a long, laborious process.

Egyptian authorities say strict security measures are necessary at Rafah because the country does not want to allow in any Hamas-related Gazans.

But not all Gazans are Hamas. According to Maher Abu Sabha, the director of the border crossing, the number of Gazans on waiting lists to leave the territory is over 20,000. Even with the eased restrictions, those on the list will likely have to wait for months before being allowed to cross

In addition to that, the eased restrictions are not stable and the border could be re-closed at any time. It also does not mean that Palestinians can cross the border whenever they want; they must give a reason that justifies their crossing.

Egyptian security sources have said that entry is allowed only for Palestinians seeking medical attention, students, Gazans who have permission to stay in Egypt, Gazans seeking to travel abroad and foreigners who want to leave Gaza.

Medical patients who do receive permission to travel to Egypt for treatment may not be able to make the long journey, and they are often not allowed or put on a long waiting list to seek treatment in the West Bank or Jerusalem.

For Gazans wanting to reconnect with family in the West Bank, the eased border restrictions to Egypt do not help. They are still not allowed to travel into the other half of their country.

Economically, the ‘freer’ border does not help the Gaza Strip because the ability to import or export remains severely limited. On top of that, the types of construction materials allowed into the territory remain subject to ‘security’ concerns. Even humanitarian aid does not regularly enter through the Rafah border.

The decision has caused confusion among the security agencies in Egypt – and appeared to bring some resistance. Some officers at the airport refused to implement the measures, an airport official said, in a sign of how deeply some in the security forces view the Palestinians as a potential threat.

Even as some officials initially denied any easing, airport officials said seven Gazans were allowed into Egypt by dawn on Monday without the usual restrictions.

The changes appeared to be a gesture to the Palestinians after separate meetings last week between Egypt’s new president, Mohammed Morsi of the Muslim Brotherhood, and Palestinian leader Mahmoud Abbas and the leader of Hamas, Khaled Mashaal, whose group controls Gaza.

Egypt’s powerful security agencies have monopolised policy-making toward the Palestinians for years, generally working closely with Israel and taking a tough line for fear of Hamas and the spread of militancy. But security forces have been shaken since the fall last year of Hosni Mubarak – and now particularly with the election of an Islamist as his successor. The initial reaction from some officials could reflect fear the president was moving into their usual spheres of power.