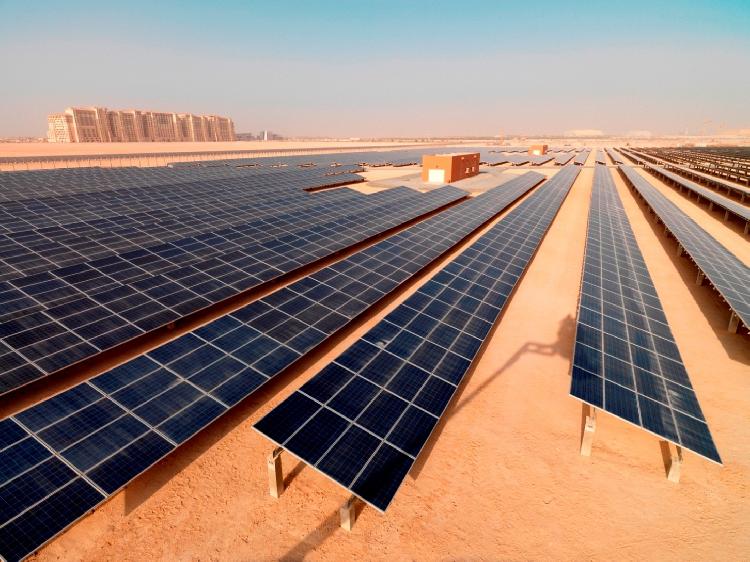 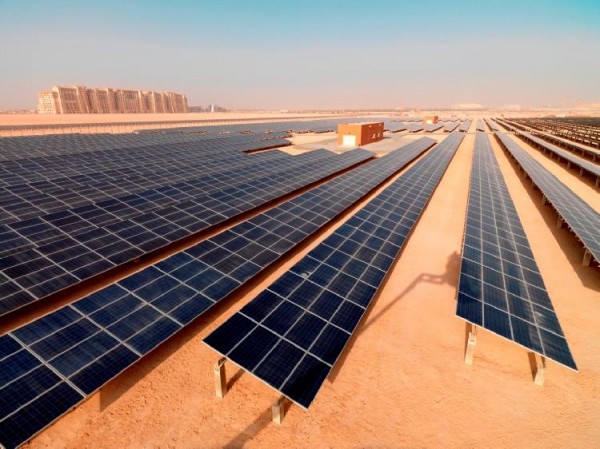 Energy experts and government officials are “in the final stages” of a plan to remove the obstacles to such a scheme – a lack of regulations and clear framework for usage and costs – and make it easier for residents to install photovoltaic (PV) panels on roofs to transform sunlight into electricity.

The aim, said Waleed Salman, chairman of the Dubai Carbon Centre, is to reach “not less than 800 megawatts” of installed capacity by 2030. Dubai’s existing solar capacity is 4.5MW.

“We believe the future is in renewable energy but it will not replace conventional energy, it will be part of it,” Mr Salman said.

For the project to get off the ground experts must devise a set of technical requirements for installing PV systems, along with a legal framework and a financial model for whether and how to reimburse private users who supply power to the grid.

Experts are working on that now, Mr Salman said. “We are in the final stages.”

The plan is being put together by Dubai Electricity and Water Authority, the Supreme Council of Energy and the Dubai Carbon Centre.

A similar scheme was launched by Abu Dhabi Distribution Company in 2010 with the aim of creating a “smart” electricity grid that could use power generated by household solar panels. Digital meters installed in each home not only allow consumers to calculate the amount of extra electricity, but also to sell it back to the grid.

Vahid Fotuhi, president of the Emirates Solar Industry Association, said a solar-roof programme “is very significant” and will have a positive impact.

Inefficient use of energy and reliance on desalinated water and air-conditioning in summer mean the UAE’s per capita carbon footprint is among the highest in the world.

To tackle this, Dubai announced plans for the Mohammed bin Rashid Al Maktoum solar park, with a target of one gigawatt of solar capacity by 2030.

In Abu Dhabi, the Shams 1 power plant is expected to come online this year. The plant near Madinat Zayed in the Western Region will be able to generate 100MW of electricity, enough to power 20,000 homes.

But for Dr Michael Kraemer, senior associate and energy specialist at Taylor Wessing, a company specialising in business law, it is the small-scale rooftop systems that can make the biggest difference. While prestigious large-scale solar projects are a good start, solar power will get the breakthrough it needs when private households are allowed to invest in their own systems.

“This can make a real difference,” he said.

Last December, in his native Germany, households installed three gigawatts of solar PV. Even though Germany’s population is much larger than the UAE’s, the example still makes a case in point when you compare the small-scale installations to the future Dubai solar park where large-scale projects will be built

“We are talking about one gigawatt in 18 years as opposed to three gigawatts in a month,” he said.

Dr Kraemer’s interest in solar power is also personal. In 2010, after a visit to a car plant in Imola, Italy, he bought a Tazzari Zero, a small electric car. He charges it at home with enough power to cover the journey between The Springs and his office in Dubai International Financial Centre. With a maximum speed of 105kph, the car is “quick enough for Sheikh Zayed Road”, he says.

Dr Kraemer footed the Dh130,000 bill for the small vehicle because he wanted a car with no carbon emissions. He is also looking forward to installing a solar system on the roof of his villa and has been negotiating with DEWA for several months.