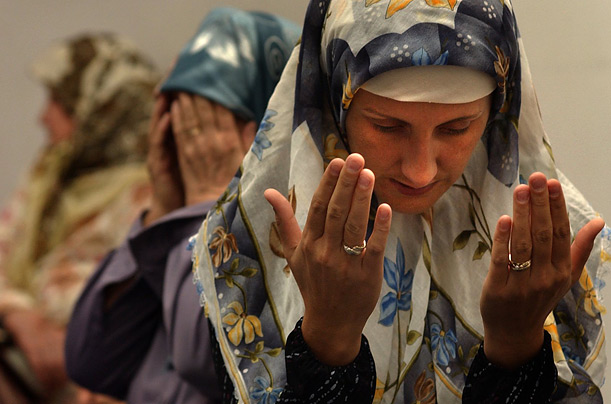 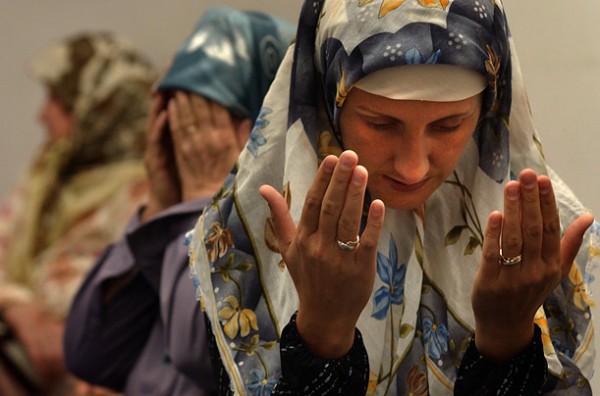 Question: If a sister is unable to fast the last 10 days of Ramadan, what are somethings she is permissible to do since those last ten 10 are sacred?

AlhamduLlilah, it’s very inspiring to hear that sisters are concerned about continuing acts of worship during their menstrual cycles.

Menstruation Is Not A Punishment

The Prophet (Allah bless him and give him peace) said about menstruation, “Verily this is a matter Allah has written upon the girls of Prophet Adam (Allah bless him)…” [Bukhari]

Those who claim that menstruation is like a punishment because one cannot perform acts of worship are severely mistaken. On the contrary, there are many forms of worship that a woman can do while menstruating aside from what is legally prohibited.

Allah says in the Quran, “He who obeyeth Allah and His messenger, and feareth Allah, and keepeth duty (unto Him): such indeed are the victorious.” [Nur: 52]

Allah Most High has commanded menstruating women and women in a state of lochia (post-natal bleeding) to refrain from the ritual prayer and ritual fasting. Thus, if a menstruating woman fulfills this command with the intention to submit to Allah’s order, she is actually worshipping Allah the entire time that she refrains from the ritual prayer and ritual fasting. As one of my teachers in Damascus said, “Her praying while pure is worship (ibada) and her refraining from prayer while menstruating is worship. All of it is worship”

Therefore, there’s nothing dreadful or awful about menstruation or lochia (post-natal bleeding), rather it is a person’s attitude towards it.

Suggested Acts of Worship During Menstruation in Ramadan

These suggestions are not specific to the last ten nights of Ramadan but to the month in general. Furthermore, they also apply to women in a state of lochia (post-natal bleeding).

1. Listen to the Quran

“The month of Ramadan in which was revealed the Qur’an, a guidance for mankind, and clear proofs of the guidance, and the Criterion (of right and wrong).” [Baqara: 185]

She should listen to the Quran as much as possible, while simultaneously pondering about its deep meanings. She should cry when she hears about the eternal punishment, hoping that Allah will save her from its blazing flames. She should feel happiness and joy when hearing about the bounties of Paradise and desire that Allah will make her of those that will be honored to experience its bliss. If she cannot cry, then she should force herself to cry, allowing her entire soul to express its complete pleasure of being from those who follow the truth and are rightly guided.

In the Hanafi madhhab, it is prohibited to actually touch the mushaf (bound Arabic Quran), including its insides, its page margins and its cover (if it is attached to the mushaf). It is also prohibited to recite the Quran, which means to move one’s lips while producing sound. [ibn Abidin, Radd al-Muhtar] It is sinful to touch a translation or a tafsir of the Quran while menstruating.

It is permissible to read the Arabic script or its translation with her eyes, such as on a computer screen or other electronic devices. [ibn Abidin, Manhal al-Waridin] She can also read the Quran in her heart.

2. Make Much Remembrance (Dhikr) of Allah

She should use every free moment to exalt the Lord of the Worlds. There are many related dhikrs that a woman can recite. She should buy a supplication (dua) book and recite its invocations as it will strengthen her relationship with her Lord and draw her nearer to Him with each word uttered.

If the invocations include Quranic verses that contain the meanings of supplication, praise, remembrance, or protection, it is permissible to say these during a state of menstruation upon the condition that it is read with this intention. [Shurunbulali, Maraqi al-Falah; Tahtawi, Hashiyyat al-Tahtawi] Some examples are reading Surat al-Ikhlas, Surat al-Falaq, Surat al-Nas, Surat al-Fatiha, and Ayat al-Kursi with the intention of supplication, not reciting the Quran.

In the Hanafi madhhab, it is an overall recommendation that a menstruating woman make ablution (wudu) for each prayer time, sit in her usual place of worship, and make dhikr for the time it takes for her to normally pray so that she does not lose her habit of worship while in this state. [ibn Abidin, Manhal al-Waridin]

3. Send Blessings on the Prophet (Allah bless him and give him peace)

Allah says in the Quran, “Lo! Allah and His angels shower blessings on the Prophet. O ye who believe! Ask blessings on him and salute him with a worthy salutation.” [The Confederates: 56]

4. Give Generously In Charity

The Prophet (Allah bless him and give him peace) said, “The best charity is that given in Ramadan.” [al-Tirmidhi]

She should reach into her pocket and give whatever she can without hesitation. She longs to give to those in need, and she thanks Allah for bestowing upon her the financial ability to help others. She refrains from praising herself for the charity she offers but rather, she donates her wealth out of pure submission to the Divine.

5. Be Kind to Others, Including Spouses & Family Members

The Companion Salman al-Farasi related that the Prophet (Allah bless him and give him peace) said about Ramadan in a sermon given on the last day of Sha’ban, “…It is a month of patience and the reward of patience is Paradise…” [Sahih ibn Khuzayma; Sayuti, al-Jami’ al-Kabir; Bayhaqi, Shu`ab al-Iman]

She uses this time to rebuild and mend any broken relationships. She showers her loved ones with words and acts of gentleness, compassion, consideration, patience, and love. She doesn’t use her menstruation as an ‘excuse’ to wrong others and resort to bad temper. She forgives those that have mistreated or offended her. She prays that Allah will forgive her if she wronged others. She keeps the company of the righteous and those who will increase her in piety.

6. Make Dua for the Ummah

The Prophet (Allah bless him and give him peace) said about Ramadan, “Verily, Allah frees people (from the Hellfire) in every day and every night and for each Muslim among them is a supplication which will be answered.” [Ahmad]

She supplicates for the entire ummah—praying for their forgiveness, their well-being, and Allah’s mercy upon them. She can say a dua related by the scholar al-Khurkhi:

The Companion Salman al-Farasi related that the Prophet (Allah bless him and give him peace) said about Ramadan in a sermon given on the last day of Sha’ban, “…It is a month (in which) the first of it is mercy, and the middle of it is forgiveness, and the last of it is pardon from the Fire…” [Sahih ibn Khuzayma; Sayuti, al-Jami’ al-Kabir; Bayhaqi, Shi’b al-Iman]

She asks Allah to pardon her, cover her sins, and save her from the Hell-fire. She begs for forgiveness and realizes her absolute neediness to His mercy. She wakes up in the middle of the night, even though she is menstruating, and repents in a time when Allah promises to forgive.

The Prophet (Allah bless him and give him peace) also said in the aforementioned sermon, “…Whoever feeds a fasting person in (the month of Ramadan), for him is the forgiveness of his sins and freeing his neck from the Fire…” [Sahih ibn Khuzayma; Sayuti, al-Jami’ al-Kabir; Bayhaqi, Shi’b al-Iman]

She hosts her relatives, friends or community members for iftar. She tries to accommodate her guests in the best manner possible but avoids excessiveness. She realizes that feeding fasting people is an act of worship and it is not an opportunity to seek compliments for her cooking and hospitality.

The Messenger of Allah (Allah bless him and give him peace) said, “Ramadan has come to you. (It is) a month of blessing, in which Allah covers you with blessing, for He sends down Mercy, decreases sins and answers prayers. In it, Allah looks at your competition (in good deeds), and boasts about you to His angels. So show Allah goodness from yourselves, for the unfortunate one is he who is deprived in (this month) of the mercy of Allah.” [Tabarani]

She utilizes her free time to help and assist others with their needs. She is a means for them to achieve benefit in this great month. She wakes her family up to perform worship in the night and encourages them to do extra works of obedience. She sacrifices her own time to volunteer at her Islamic community center or local charities. She helps babysit a mother’s child so that the mother can attend tarawih.  She does whatever she can to aid the believers in completing the good with excellence.

She avoids looking at and listening to what is unlawful. Instead, she directs her eyes, ears, and spirit to that which is advantageous for her Hereafter. She attends classes, webinars, and lectures given by recognized scholars in an effort to surround herself with people of sound religion. She seeks beneficial knowledge and aims to implement what she’s learned in her own life. She actively pursues furthering her understanding of Islam and affirms her faith every time the wisdom of this great religion touches her heart.

10. Carry Out Any Righteous Deed

Abu Huraira (Allah be pleased with him) reported that Allah’s Messenger (Allah bless him and give him peace) said, “When the month of Ramadan starts, the gates of the heaven are opened and the gates of Hell are closed and the devils are chained” [Bukhari, Muslim]

She realizes that now is the perfect time to carry out any act of good. The devils are chained and there is nothing to hold her back from committing herself to absolute slavehood to her Lord.