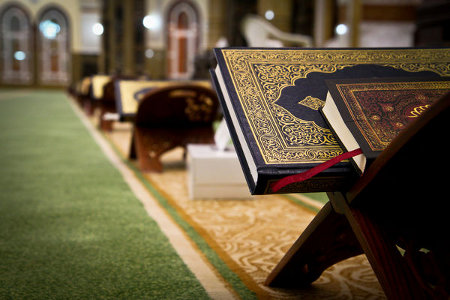 I pray this finds you in the best of health and states.

Most scholars are of the opinion that the Night of Destiny is Laylatul Qadr. For example, Imam Nasafi and others mention that its very name “Qadr” actually means “Taqdir”, i.e., to decree. [Madarik al-Tanzil]

Allah Most High states, “The angels and the spirit [Jibril] descend in waves in it [Laylatul Qadr], by the permission of their Lord, with every matter.” [97:4]

He Most High also states, “Ha mim. By the clarifying book! Verily We revealed it in a blessed night. Lo, We are ever warning! In it is every decided matter made distinct [i.e, transcribed and delineated].” [44:1-4]

These verses indicate that decreed matters are clarified on that night, which the majority of exegetes hold to be Laylatul Qadr: i.e., the decrees of the upcoming year, until the following Laylatul Qadr, are made clear to the angels on that night.

However, if the opinion that the 15th of Sha’ban is also a Night of Destiny is given consideration, it can be reconciled with the above as follows: the angels begin transcription from the Preserved Tablet (Lawh Mahfuz) on the 15th of Sha’ban, and finish that task on Laylatul Qadr.