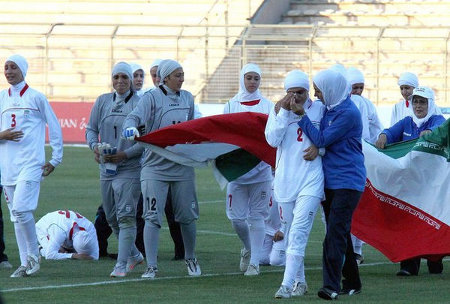 In a move seen as a success for a year long campaign led by Prince Ali of Jordan, FIFA’s medical committee has withdrawn opposition to khimars (head-scarves) worn by female Muslim players during football matches. The head of the committee, Michel D’Hooghe, has changed his opinion regarding the supposed danger posed by the scarves.

The Associated Press reported that Dr. D’Hooghe told them: “The problems I had (with scarves) were medical, and I don’t have those problems anymore.” According to the same source head-scarves were banned by FIFA in 2007 for safety reasons. In March after new scarf designs were submitted FIFA’s rule-making body, IFAB, requested medical advice.

The medical committee, headed by Dr. D’Hooghe, concluded that the scarves “represented a danger”. That conclusion was challenged by Prince Ali, a FIFA executive committee member, who presented medical research evidence to the contrary.

Dr. D’Hooghe, who made it clear that his objections were purely medical, said that after “more discussions” on the matter he has changed his mind.

IFAB will decide whether or not lift the ban in the coming week.