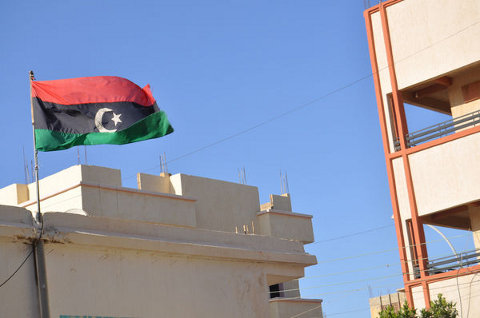 Libyan protesters and militiamen have stormed the headquarters of the election commission in the eastern city of Benghazi, setting voting slips on fire, a militia commander said, a week before the country holds its first general election in nearly five decades, Belfast Telegraph reported.

In southern Libya, a leader of Libya’s Tabu tribe threatened to boycott the election if the government does not withdraw its forces and tanks from a southern desert city where clashes have killed dozens.

The violence and calls for boycotts threaten to tarnish the process of electing a 200-member assembly to form a government and oversee writing of a constitution.

In Benghazi, where the revolt that unseated long-time ruler Muammar Gaddafi began last year, Fadallah Haroun, commander of a former rebel militia, said he joined protesters in the attack on the election commission.

This came after the ruling transitional council in Tripoli turned down demands to give the east an equal share of seats in the assembly. He said that two other cities in eastern Libya have witnessed similar incidents.

“We want justice,” Mr Haroun said. “We lost tens of thousands of martyrs because we want a state built on justice, law and equal rights.”

As the situation stands now, Tripoli and western Libya would have 102 seats, while the oil-rich east’s share would be 60. The rest would go to the sparsely populated south.

Eastern leaders charge this leaves them with no influence over drafting the constitution.

The July 7 vote will be the country’s first nationwide election since the 1960s. Gaddafi, who ruled for 42 years, banned political parties and elections.