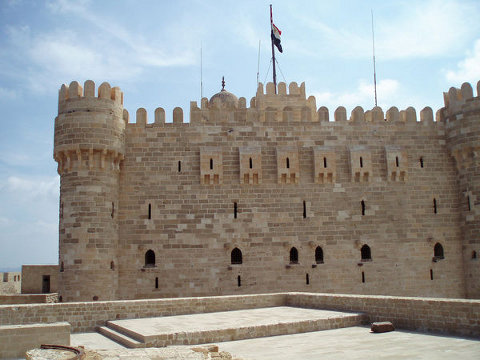 The political change in the Muslim world is the recognition that the street has emerged as a source of considerable political power, writes Shahid Javed Burki

Across the Muslim world, militaries are being forced to make peace with democracy

There is no doubt that the military in the Islamic world is pulling back from active politics. But it is happening slowly and unevenly. This change, palpable in the six largest countries in the Muslim world, is occurring in different ways.

The claim to power in Turkey was based on the military’s position that it was the guardian of Mustafa Kemal’s secularism.

In Egypt, the West was made to believe that unless the military retained power, the country would be taken over by the forces of Islam, in particular the Muslim Brotherhood — and if that happened, it would deeply hurt the West’s strategic interests in the area.

It was the same belief that made Europe and America look the other way when 20 years ago the military intervened in Algeria and annulled the election won by an Islamic party. The result was a bloody civil war in which tens of thousands of lives were lost.

It was only in Asia’s three large Muslim countries that the military based its claim to political power on nation-building grounds.

Generals Suharto in Indonesia, Ayub Khan in Pakistan and Ziaur Rahman in Bangladesh took power, having convinced themselves and their citizens that the civilian leadership was not capable of creating the kind of political order needed by their societies. It was only later that the Pakistani military included security and preserving the country’s integrity as the reasons for staying in politics.

The systems they created gave their militaries enormous amount of political authority. Ultimately, all three systems gave way to representative forms of government.

The military has withdrawn to the barracks more fully in Indonesia than in Bangladesh and Pakistan.

In Bangladesh, the generals installed a caretaker administration that governed for two years and also attempted to change, if not the political order, at least the culture of politics. The attempt failed, and old politics is back. In Pakistan the generals still exercise influence over security-related issues. These include Pakistan’s relations with India and the United States.

It is in Egypt that the confrontation between the military and the forces of democracy has taken the most dramatic form.

After attempting to reclaim some of the authority they had lost with the fall of Hosni Mubarak, the generals seem to have grudgingly recognised that it would be dangerous to keep the forces of Islam at bay.

For a few days before the result of the presidential election was declared and the Muslim Brotherhood’s Mohammed Morsi was accepted as the winner by a decent margin of almost four percentage points, an attempt was made to undo the outcome of the previous election when a new national assembly was selected.

The generals dissolved the assembly and declared their intention to nominate a constitution-making body to give the country the new basic law. This, the president elect has said, will not be acceptable to him and his party.

Some important conclusions can be drawn from this quick overview of political change in the Muslim world.

The first is the recognition that the street has emerged as a source of considerable political power.

The generals in Cairo may have acted differently on June 24 had tens of thousands of people not gathered in Tahrir Square to listen to the announcement of the election results by the Election Commission.

There could have been violence, the security forces would have found difficult to manage had the government given the election to Ahmed Shafiq, the last prime minister under Mubarak and regarded as the candidate of the military establishment.

The electoral triumph in Egypt of the candidate nominated by the Muslim Brotherhood may suggest that there was some truth in the fear that Mubarak and other long-serving autocrats in the Muslim world had used to gain legitimacy for their rule. However, the street will also work as a constraint on any attempt by the Islamic groups to hijack the people’s revolution.

Initial pronouncements by president-elect Morsi suggest that his group will govern wisely. In this context, Morsi and his associates are likely to look to Turkey as the model of a political order being created by a party with deep Islamic roots but with an equally deep commitment to democracy.

In his recent autobiography, Imran Khan, the rising star in politics in Pakistan, has argued that Islam places the care for the poor and the disadvantaged at the centre of the political order it espouses. His belief system, therefore, should be seen as an expression not so much of religious as of social values.

It will take time before the state of flux is over in the Muslim world and the countries experiencing it settle down to a political order that is likely to survive.

When that happens, each country will have a system that meets its own needs rather than the dictates of the faith it professes.

Finally, it seems highly unlikely that the military will attempt to intervene as openly as it did in a number of Muslim countries.

It entered the political field in Pakistan four times in the past. Although the economic and political situation this time is much worse than it was in 1958, 1969, 1977 and 1999, the military is not expected to march in to “save the country”, the explanation given for the previous interventions. The military in other parts of the Muslim world will be equally hesitant.

The writer is a former finance minister of Pakistan.