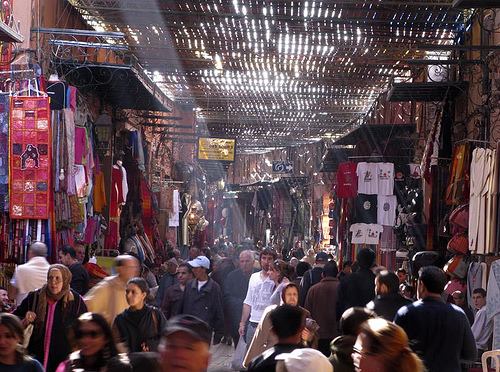 New Zealand businesses risk losing out on a $2.9 trillion halal market that is growing 20 per cent a year.

New Zealand exports halal meat worth $490 million a year to the Middle East, but there is a “juggernaut” in Asian countries with large Muslim populations being overlooked.

“It is important that halal is recognised as more than just a commodities-based economy, but validated as a much larger and broader entity that includes lifestyle, culture and politics.”

The university will hold an Asia Dialogue Conference next month that will include a delegation from Malaysia led by businessman Tan Sri Halim Saad.

Saad says there were halal opportunities in pharmaceuticals, finance, animal feeds and ingredients, and personal care and health supplements.

He says one driver of halal growth was the current Muslim population of 1.8 billion that was forecast to grow at twice the rate of the general population.

By 2030 the Muslim population will be 27.5 per cent of the global population.

Saad says there are food security problems in Islamic countries with a lack of:

water, especially in the Middle East; and

That New Zealand is not Islamic is not a problem.

“As long as the products exported to these markets are compliant with the halal process and properly certified, there should not be any problem.”

A concept of tayyib or wholesome halal is growing.

“This concept requires that halal process to be adhered at each level of production, including the feed that the livestock eats, the financing of the business, the logistics process and so on.

“I believe this is something new to the food producers in New Zealand.”

The Koran says Muslims cannot consume pork or pork by-products, animals that were dead prior to slaughtering, animals not slaughtered properly or not slaughtered in the name of Allah, or blood and blood by-products. It also bans alcohol, carnivorous animals, birds of prey and land animals without external ears.

To be considered halal meat, the Koran says animals should be treated with respect and well cared for. While Muslims have to be employed in halal animal slaughtering, Saad said there is no requirement for workers at any other level of production to be Muslim.

“Halal certification can create the confidence to the consumers that the production process followed the proper halal processes,” says Saad.

“Muslims stay away from consuming non halal food/products unless it is really necessary for them to do so. By having the halal certification, the producer immediately opens up the market among the Muslim for their products.”