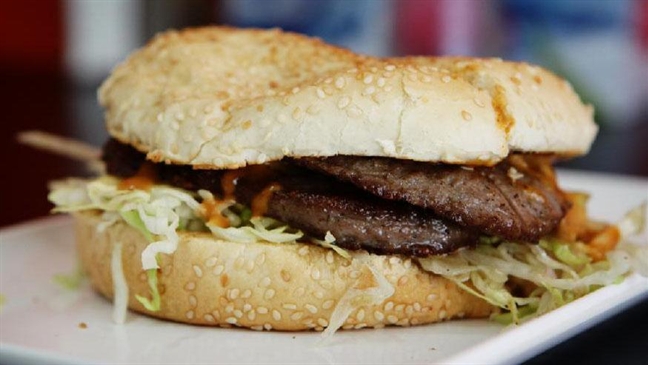 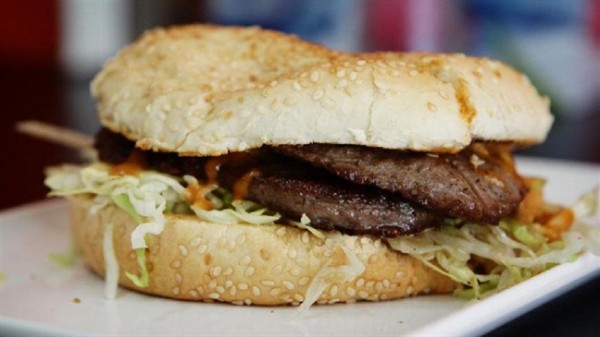 IT’S been dubbed the “hump steak” – the latest cut of exotic meat to compete with beef and lamb.

Already a delicacy in the Middle East, camel is starting to grow in popularity – joining kangaroo and crocodile on menus and at meat markets around Sydney.

Brothers Ali and Abbas Jaber, who own Lakemba takeaway shop Masheweh, said customers were “going nuts” for their $6 camel burgers.

“Customers are loving it,” Abbas said.

“There is a trend of people wanting to try new things, especially when they see shows like Man vs Food.”

Mr Jaber said his camel meat, from the Northern Territory, was barbecued to reduce the fat content: “It’s quite lean already and tastes like lamb, with a real meaty taste – if you like red meat you will love camel.”

In different parts of the world, curious foodies have turned some of the most unusual creatures into delicacies, including poisonous blowfish and tarantulas.

While those meats are banned in Australia, more people are branching out and experimenting with different meats now, according to Meat and Livestock Australia.

“Goat meat especially is on the rise at the moment,” a spokeswoman said.

But while those meats are on the rise, a new study has revealed chicken is our favourite meat – accounting for 17.2 per cent of the meat, fish and poultry retailing sector.

The study by IBISWorld found the average person consumes about 44kg of chicken a year, significantly outperforming beef and veal.

IBISWorld’s general manager Karen Dobie said chicken was often favoured by consumers for its lean qualities and its price.

“It is also popular for its convenience as it’s relatively quick and easy to cook – something that appeals to increasingly time-poor households,” Ms Dobie said.

She said the poultry processing industry’s revenue was expected to increase by 2.4 per cent over the next five years to total $7.48 billion.