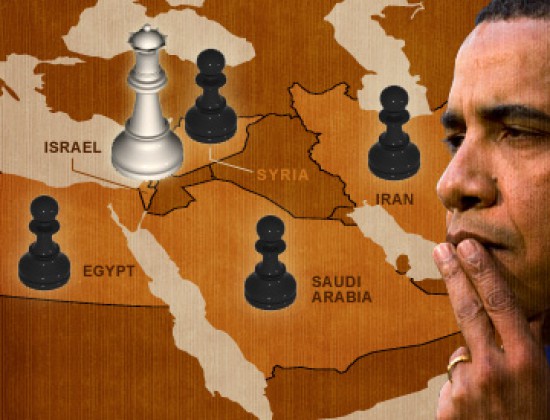 Here’s what’s going to happen in Syria – in the face of failing diplomacy, moral and emotional pressure will wear down Barack Obama’s reluctance to help the rebels. ”Sensible” doesn’t cut it when women and children are being murdered on YouTube.

First Obama will spirit guns and ammunition over the border. But the pressure will ratchet up and, ultimately, he’ll bomb the bejesus out of the presidential palace in Damascus. That’s how it worked in Libya.

And later on, as the rebel factions carve up the spoils of war in a country that will look more like Libya than Iraq, we’ll wonder what was it all about. That’s how it’s working in Libya.

This is not an argument to deny help for the rebels. But there has to be a reality check, an acknowledgement that war in Syria will be much worse than what’s happening now; and that after the war, those who intervene own its aftermath – an aspect of war that the US and its allies don’t do well. That’s how it worked in Iraq and is working in Afghanistan.

Obama made his Syrian bed when he first called for regime change and imposed sanctions on Damascus. All a president will ever hear after uttering those words is a chorus of: ”So, what are you going to do about it?”

Apart from a lot of hand-wringing, Washington has been supplying the rebels with what we are told is ”non-lethal assistance” and ”communications equipment”. Two massacres later – and doubtless, more to come – and the ”now, what are you going to do” chorus is more strident.

The commander-in-chief who does nothing to back his bullhorn call for regime change starts to look a bit namby-pamby – and that can’t sit comfortably, especially in an election year.

So, stand by for no-fly zones, safe havens and humanitarian corridors. And when the Syrian leader, Bashar al-Assad, digs in for a fight, be ready for demands for bombing runs to take out his Russian-supplied heavy guns.

And then be prepared for the scariest part of this venture – the risk of the war oozing over Syria’s borders.

It’s already spilled into Lebanon – but what about Turkey, Jordan, Iraq and Iran? With the Sunni royals in Saudi Arabia and Qatar lining up with the Sunni rebels in Syria, what pressure will there be on the Shiite regimes in Tehran and Baghdad for them to more actively support Assad’s Shiite-aligned Alawite regime? Can we rule out a Sunni-Shiite war in the region?

If Obama steps up, who’ll be behind him? Not the UN, because veto powers Moscow and Beijing are opposed. Maybe Washington could act on an invitation from the Arab League or dust off the old ”coalition of the willing” livery.

And who might the willing be these days? Last year, the Europeans pulled Obama into the Libyan war, but so deep are the craters of their respective economic disasters that they can’t see Syria.

We know that al-Qaeda is willing. Its leadership and other Salafists, such as the Jordanian Sheikh Abu Mohammad Tahawi, have issued fatwas urging their followers to join the jihad against the Syrian regime – and the first arrivals are believed to be behind a wave of suicide bomb attacks on the regime.

Was any or all of this in her mind when the US ambassador to the UN, Susan Rice, reportedly told a closed meeting of the UN Security Council last week: ”We’re just sitting here watching this movie in slow motion – and we all know what’s going to happen.”

It was considered bad manners to use the term ”civil war” as insurgency violence gripped Iraq after the ousting of Saddam Hussein.

But the phrase has been used more than 2500 times in reports on Syria in the world’s media in the past month, so this time around, it must be OK.

”The fact that [Iraq] imploded into civil war when the US roto-rootered Saddam’s regime should have been expected,” the University of Oklahoma’s Joshua Landis, a leading Syria expert in the US, wrote this week. ”US intervention in Syria will likely lead to something similar – civil war and radicalisation. Syrians have never agreed on basic questions of identity and policy, and it’s unlikely that they will decide these issues peacefully today.”

Landis warns that a post-Assad Syria was likely to go the same way as Iraq when the military, the bureaucracy and the Baath party were dissolved and criminalised.

After decades of their own Baathist regime, their Syrian counterparts were stacked with Assad loyalists – Baathists, Alawites and other minorities – who would not be tolerated by a new revolutionary government. ”Their dismissal will provide fodder for a counter-insurgency, promoting greater chaos across the country.”

The rebels put much effort into making their narrative more acceptable in the West. Their claims on costs for the international community are as rubbery as those of the Bush administration as it set out for Baghdad. Their cost to stabilise Syria in the first six months after Assad would be just $12 billion. Compare that with $12 billion each quarter in Afghanistan. Similarly, they insist that Syria is one big happy family – simply the people against the government. Were that the case there would have been mass defections from the military and the Syrian war would be over by now.

More instructive here is the comment from a Damascus-based diplomat when The Independent wondered about the veracity of rebel videos streaming to the outside world. ”They are deceptive,” he said. ”When they show anti-government demonstrations, the activists always edit out the bit where the crowd shouts ‘death to the Alawites!”’

Obama is left without a choice. Syria might get better, but before it does this venture almost certainly will go pear-shaped. And when it does, watch those who egged Obama into it and see how they turn on him for cheap, domestic political points. That’s what the Republicans did when, at their insistence, his tightening of sanctions on Iran drove up petrol prices in the US.

As General David Petraeus said as US troops advanced on Baghdad in 2003: ”Tell me how this ends?”