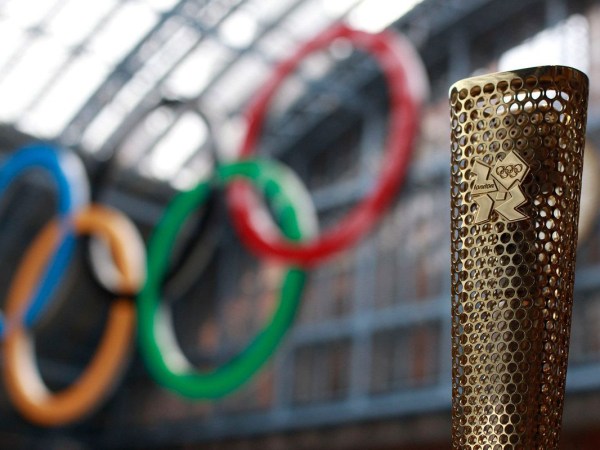 When Malaysian cyclist Azizulhasni Awang opted to postpone his Ramadan fast until after the London Games, the decision was all about going for Olympic gold.

Anything that might jeopardise the chance of a medal for the 24-year-old at his second Olympics had to be dealt with sensibly, he says. And going without food and drink between sunrise and sunset every day for four weeks is just too risky.

“We need to train, we need food, fluids, water,” he told Reuters during a training session at a velodrome in Melbourne with team mate Fatehah Mustapa, who will become the first Malaysian woman cyclist to ride at an Olympics.

“We’ve trained really, really hard … to strive for the gold medal, so we’re not going to waste it. This Olympics is really important for me and Fatehah. You think we’re going to sacrifice that?”

The coincidence of Ramadan this year with the London Olympics, which starts on July 27, a week into the month-long Muslim fast, has thrown up a dilemma for the estimated 3,000 Muslim athletes expected to compete.

The Ramadan fast is a time when Muslims are required to abstain from food and drink during daylight hours. Athletes are allowed to defer their fasts until a later date, but many Muslim sportsmen and women from cultures or countries where not fasting is frowned upon may well honour the holy month.

Medical experts say that, theoretically at least, a reduction of food intake during Ramadan could deplete an athlete’s liver and muscle glycogen stores. This is likely to lead to a drop in performance, particularly in sports requiring muscle strength.

Foreseeing potential problems and working far ahead of time, the International Olympic Committee’s (IOC) nutrition working group convened a meeting in 2009 to review the evidence.

They came to the conclusion that Ramadan fasting could be problematic for some athletes in some sports, but the likely overall impact of Ramadan on London 2012 is far from clear.

However, he also noted that observing the Muslim holy month involves mental and spiritual discipline, the effects of which should not be underestimated.

“Some individual Muslim athletes say they perform better during Ramadan even if they are fasting because they’re more intensely focussed and because it’s a very spiritual time for them,” he told Reuters.

“Their faith gives them strength and Ramadan is an integral part of that faith.”

Maughan led a team of scientists who reviewed more than 400 research articles on Ramadan and selected those relevant to sporting performance. They found that “actual responses vary quite widely, depending on culture and the individual’s level and type of athletic involvement”.

“There are often small decreases of performance, particularly in activities requiring vigorous and/or repetitive muscular contraction,” the team wrote in the review, published in the British Journal of Sports Medicine (BJSM) this month.

But they concluded that in most situations “Ramadan observance has had only limited adverse consequences for either training or competitive performance”.

Still, experts say Azizul and Fatehah’s concerns, that fasting could dim their chances of standing on the podium at the end of their competition, are well-founded.

Jim Waterhouse, a sport and exercise science professor at Liverpool John Moores University in Britain, laments that so few studies have been done that give direct insight into how Ramadan-observing athletes may fare during the Olympics.

Het suggests looking at other similar research on fasting, such as in soccer players, or in people who are sporty but non-athletes.

A study in the BJSM in 2007 which looked at two Algerian professional soccer teams found that players’ performance declined significantly for speed, agility, dribbling speed and endurance during the Ramadan fast.

Nearly 70 percent of the players thought their training and performance were adversely affected.

Another study published in the BJSM in 2010 concluded that “Ramadan fasting had an adverse effect on performance, albeit small in magnitude, during 60 minutes of endurance treadmill running” by moderately trained Muslim men.

“It depends on the sport,” says Azizul. “If you come from skilled sport it doesn’t matter, but we (cyclists) require quite a lot of energy. I did try fasting last year during training. For the first one or two days it’s not really a huge decrease of performance, but after that I felt really flat.”

GETTING THE TIMING RIGHT

Some experts have wondered whether changing the timing of some events might be a way forward.

A Muslim 100 metres runner who is observing Ramadan and whose race is in the early part of the morning is unlikely to be particularly badly affected if he or she has been able to eat and drink up until sunrise, for example.

“But suppose you’re a decathlete and your competition starts first thing in the morning and ends at 8pm. With no food or drink in that time, that’s a long hard day, especially if it’s hot,” said Maughan.

Waterhouse notes that with many non-Muslim athlete also taking part in London 2102, and with peak television viewing times a key factor in scheduling events, changing timetables to accommodate Ramadan would be “fraught with difficulty”.

For now, his core advice would be to follow Azizul and Fatehah’s lead and postpone fasting until after the event.

“It’s very difficult to see that a person who is a strong adherent to Ramadan could maintain a proper programme of preparation for something as important as an Olympic event while fasting,” he said. “It just doesn’t fit in with the physiology.”