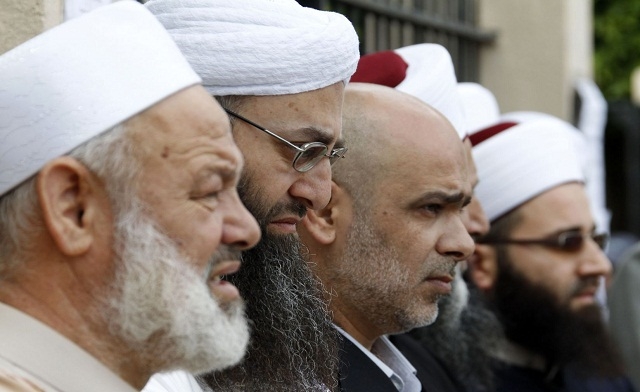 Nine Lebanese were killed after days of clashes in the northern Lebanese city of Tripoli between long-time bitter foes, the Sunni dominated Bab al-Tabbaneh and the Alawite Jabal Mohsen neighborhoods. Clashes and tensions in Tripoli are not new and represent persistent volatility in Lebanon, as well as in the region, both in terms of politics and security.

The Sunnis of Bab al-Tabbaneh, a hotbed of Salafism, denounce the ‘heretic’ Alawite regime of Assad and decry his killing of their fellow Sunni-Muslims in Syria. The tiny, yet well-armed, Alawite community of Jabal Mohsen however, remains a steadfast supporter of the Syrian president. With just a single street, ironically named the Syria Street, separating them, the current escalation highlights not only a localized spillover of the Syrian war into Lebanon, but the overarching problem with Lebanon itself – the continued presence of sectarian militias.

Fighting broke out on May 12, as Sunni-Islamists were protesting the recent arrest of a coreligionist by Lebanese security forces for allegedly contacting a ‘terrorist organization’ in connection to events in Syria. Then some one-hundred Salafi-men blocked the northern and southern roads leading to the city, with activists trying to approach the local offices of the pro-Assad Syrian Social Nationalist Party (SSNP). As the army attempted to halt them, the Islamists clashed with Lebanese security forces in the area. An army officer was killed by a Sunni sniper’s bullet during the ensuing firefight. Hours later, shooting erupted between Alawites and Sunnis in the aforementioned neighborhoods and included the use of RPGs, machine guns, sniper fire, and mortars. The Lebanese army attempted to calm the situation and deployed additional troops to the area, but clashes continued as Lebanon’s army neither has the political cover nor the monopoly over arms needed to halt the fighting.

To further that point, in the web that is Middle East politics, Lebanon’s current government maintains a policy of neutrality with regards to the Syrian crisis, which might be taken as a politically correct stance given that the PM is a prominent Sunni from Tripoli. That said, powerful parties within the government are largely sympathetic to Alawite rule in Syria. The Lebanese army on the other hand, is a national institution and not manned by any one sect. At present, it aims first and foremost to preserve the country’s stability by applying measures to avoid a violent spillover of the Syrian crisis into the country. However, the army in its current state is not viewed as a neutral actor and is seen by many of the country’s Sunnis as a ‘co-conspirator’ to maintaining the regime’s stability in Syria. Thus, due to the government’s make-up of various pro-Syrian parties and Hezbollah – a strategic ally of Bashar al-Assad – such thoughts are not without merit.

With that in mind, it is estimated that hundreds of militants belonging to the Free Syrian Army (FSA) and other armed groups, have taken refuge in Sunni villages throughout northern Lebanon. From there, they carry out reconnaissance missions and launch cross-border raids against Syrian forces. Recent events have seen the Syrian army crossing the border in pursuit of rebels, and cross border shootouts have led to the killing and wounding of several people on both sides of the border.

This prompted the government to deploy additional troops along the border with Syria to thwart militant activity and arms smuggling from Lebanon. Hence, extremist Sunnis continue to view the army as a force aiding in the suppression of Sunni rebels in Syria. By this view, they tend to subject the army to sectarian pressure, thereby crippling its ability to restrict Sunni insurgent operations in Lebanon.

As a result of decades of sectarian warfare and a country with a myriad of hostile factions, both neighborhoods, like most areas in Lebanon, have stockpiled their own weaponry and maintain their own private militias. Militias may help provide communal security, but they create the incessant possibility of renewed fighting between rival groups. Also, the situation highlights an ongoing reality in regard to Lebanon’s inability to obtain a monopoly over the use of force, let alone achieving a single national narrative.

In the end, ongoing fighting in Syria will only continue to escalate tensions within Tripoli. But more importantly, ongoing fighting between Alawites and Sunnis in Tripoli increases the threat of extensive sectarian violence in Lebanon.