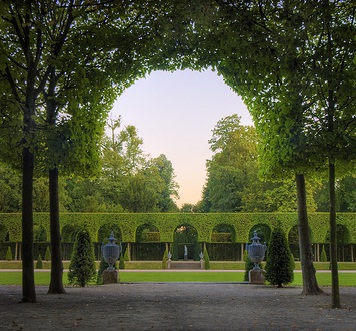 Confirming the importance of ecological protection in Islam, a new book will be launched in Malaysia on conserving the environment with an Islamic perspective, citing verses of the Noble Qur’an and Prophet Muhammad (peace be upon him) sayings.

“This book is produced as a reference for Muslims, particularly leaders who are imam, religious speakers and teachers who can help in the effort to conserve the environment,” Mustapha Hassan, director-general of the Institute of Islamic Understanding Malaysia (Ikim), told Malaysia Star on Monday, May 21.

“Citing Qur’anic verses, hadiths and parables of prophets as well as presenting comprehensive facts, the handbook can benefit all levels of society in contributing to the protection of the environment and wildlife in Malaysia,” he added.

Realizing the threats towards the environment and wildlife species, the new book, prepared by World Wide Fund for Nature (WWF) Malaysia and Ikim, will be launched next July.

This book is produced as a reference for Muslims, in particular leaders who comprise of people such as Imams, religious speakers and teachers in efforts to champion environmental issues.

Mustapha said the publication was in line with Ikim’s function, which is to carry out research on the role of Islam and Muslims in facing challenges due to the ever-changing global situation.

“Through this handbook, we would like to emphasize that problems and issues related to the environment and wildlife have relevance to Islamic teachings,” he said.

These sites include the Belum-Temengor Forest Complex in Gerik, Perak, and Setiu, Terengganu.

“Both locations are habitats for various endangered species including the two national icons, the Malayan tiger and turtle, which will be given particular focus in this handbook,” Mustapha said.

The project was introduced as a continuation and an extension to the on-going activities carried out based on the Islamic approach in wildlife species conservation.

“Among the efforts made by WWF-Malaysia with the local communities, together with IKIM include the preparation of a Friday sermon text entitled ‘Environmental conservation is our Collective Responsibility’ for 428 mosques throughout Terengganu in 2008,” WWF-Malaysia’s Chief Executive Officer, Dato’ Dr. Dionysius Sharma, told WWF website.

“In Jeli, Kelantan, we started a similar initiative with a sermon entitled, ‘Animals are creatures that need protection’ which was delivered by a local Imam.

“A workshop which was participated by Imams and religious teachers was also organized in Perak,” he added.

Since 1972, WWF-Malaysia has been actively conducting important conservation projects, such as saving endangered animal species such as tigers and turtles, to protecting our highland forests, rivers and seas.