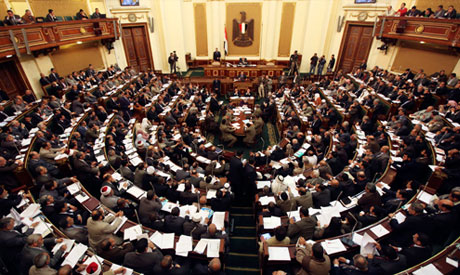 Islamist MPs caused a stir in Egypt’s Parliament this week by declaring that a $200 million World Bank development loan is against Islamic law.

“This loan will lead us all to hell,” the state-run MENA news agency quoted MPs as saying.

In June 2011, the World Bank pledged $200 million in funding to support the upgrading of sanitation and sewage infrastructure in four governorates in the Nile Delta and Upper Egypt.

The loan, preliminarily agreed by Egypt’s ruling military, needs approval from Parliament before the country will receive the funding. The full terms of the World Bank loan have not been disclosed, with the eventual interest rate dependent on market conditions at the time of the final agreement.

While some Islamist MPs entirely rejected the World Bank deal, others such as Magid Qurqur, deputy head of the Parliament’s housing committee, said religious guidance may be required.

“I think we need a fatwa [legal ruling] from Al-Azhar [Egypt’s seat of Islamic learning] — they can tell us if the country’s difficult financial situation gives us dispensation to approve the loan,” said Qurqur, a member of Al-Amal, an Islamic-oriented socialist party.

Qurqur added that other MPs also opposed the loan on non-religious grounds, saying they do not want Egypt beholden to foreign-placed conditions.

Mohamed ElBaradei, at one point a potential presidential contender and now leader of the newly-formed Constitutional Party, expressed disbelief via his Twitter account.

“Which Islamic law are you talking about?!” he asked.

Mohamed Dawood, the deputy speaker of parliament who headed Monday’s session in the absence of Saad El-Katatni, made the decision to adjourn the session. Discussions will continue in the next few days, Al-Ahram newspaper reported.

The World Bank loan is aimed at providing some 1.2 million people in the governorates of Menoufia, Sharqiya, Assiut and Sohag with better access to sanitation and sewage services.

Egyptian politicians have also been divided on the prospect of a long-awaited $3.2 billion loan from the World Bank’s sister body, the International Monetary Fund (IMF).

Most local economists say the loan is necessary to plug a widening gap in Egypt’s budget. Critics, however, accuse the IMF of placing conditions on spending and repayment that exacerbate social inequalities.