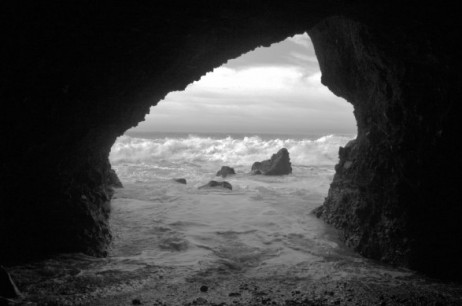 It’s hard to describe the feeling. Imagine living your entire life in a cave and believing it was your whole world. Then suddenly you step outside. For the first time in your life, you see the sky.  You see the trees and the birds and the sun. For the first time in your life, you realize that the world you once knew was false. For the first time, you discover a Truer, more beautiful Reality. Imagine the high of that realization. For a moment, you feel you can do anything. Suddenly, nothing from your previous life in the cave matters. You become empowered, fully awake, fully alive, fully aware for the very first time. It is an unexplainable feeling. This is the spiritual high that comes with newly discovered Truth.

A convert to Islam knows this feeling. A born Muslim who comes back to the deen knows this feeling. Any human being who lives their life away from God, and returns, knows this feeling. This state is what Ibn ul Qayyim (RA) calls ‘yaqatha’ (awakening) in his book ‘Madarij Al Salikeen’ (Stations on the Path to God). He describes this state as the first station on the path to Allah. This is the state sometimes referred to as the “convert zeal”. When a person first converts or starts coming back to Allah they are often full of motivation and energy that others do not have. The reason for this energy is the spiritual high, characteristic of this state.

Characteristics of the Station of Awakening

While in this state, worship becomes much easier. A person is so driven and motivated that they may easily sacrifice everything for the sake of the new reality they have discovered. This zeal can take a person from 0 to 60 in no time. It’s like being on spiritual steroids. The strength you have is not from your own self, but from an aid that was given to you. In this case the aid is given by God. Some may advise not changing too much, too fast. I don’t think fast change is the problem. I think arrogance is. I think hopelessness is. If Allah gives you a gift whereby you are able to do more, use it. But thank Him—not yourself, for that ability. And know that the heightened state is temporary. You may go from 0 to 60 in a very short time due to it, but when the high passes, don’t lose hope and let yourself slip back to 0.

Like every state in this life, this state is temporary. Life is never linear. And neither is the path to God. Not realizing this can cause despair and hopelessness once it passes.

Pitfalls of This State

The 2 pitfalls associated with this state correspond to not understanding the characteristics of the state listed above. These pitfalls are also the 2 causes of stagnation on the path to God: arrogance/complacency and hopelessness. The arrogant person already feels they are good enough, so they stop striving. The hopeless person believes that they will never be good enough, so they stop striving. Two opposite maladies, leading to the same result: To stop moving on the path to God.

Arrogance: The first pitfall corresponds to not understanding that the increased ability to worship came from God and is a characteristic of the state—not the individual! The one who doesn’t understand this wrongfully attributes the heightened ability to worship to one’s own righteousness. This false attribution is very dangerous because it leads to arrogance and self-righteousness. Rather than realizing this heightened ‘religious state’ is a gift from God, the worshiper feels a sense of hidden pride and may look down on others who don’t share similar zeal.

Despair and Hopelessness: This pitfall corresponds to not understanding that like all states in life, the spiritual high is temporary. This does not mean you have failed or done something wrong! Most people know what it feels like after the Ramadan high has passed. The instability of the ‘high’ is a characteristic of life. And that lesson is one even Abu Bakr (RA) had to learn. One day Abu Bakr (RA) and Hanzala (RA) came to the Prophet (pbuh) and said: ‘Hanzala is a hypocrite, Messenger of Allah!’ The Messenger of Allah, may Allah bless him and grant him peace, said, ‘Why is that?’ I said, ‘Messenger of Allah, when we are with you, you remind us of the Garden and Fire and it is as if we could see them with our eyes. When we leave your presence, we attend to our wives, children and estates in a state of great heedlessness.’ The Messenger of Allah, may Allah bless him and grant him peace, said, ‘By the One in whose hand my soul is, if you were to remain in the state you are in when you are in my presence and in the dhikr (remembrance), the angels would shake hands with you on your bed and in the street, but, Hanzala, different times are not the same.’ three times.” [Muslim]

After the Spiritual High Has Passed

The most important part of this journey is never giving up! Know that you don’t feel the same zeal, not because you have failed at something. The dip that follows the high is a natural part of the path! Just as the Prophet (pbuh) explained to Abu Bakr (RA), these ups and downs are part of the path. And had we always remained in the high, we wouldn’t be human. We’d be angels! The determining aspect for success is not so much what we do when we’re up. The question is what we do when were down—when we’re not feeling it. The key to succeeding on this path is that once you do reach your ‘low’, you keep going, knowing that it’s normal.

Remember Shaytan will get at you in different ways depending you your state.

When you’re high, he’ll try to get you by making you arrogant. He’ll try to get you by making you look down on others. He’ll try to get you eventually by being so pleased with yourself that you don’t think you need to keep striving because you are already so great (and better than others around you). He will consistently make you look at those who appear to do less than you to justify your own shortcomings. For example, if you don’t wear hijab, he’ll make you think, “There are hijabis that do x, y, z bad things! At least I don’t do those things! I do x, y, z good things that hijabis don’t do!” Or if you slacken in prayer, you may think, “At least I’m not clubbing or drinking like so and so.” Remember, Allah isn’t grading on a curve. It makes no difference what others are doing. We all stand alone on the Day of Judgment. And this is just a tool of Shaytan to make us stop striving.

But when you’re low, shaytan will try to get at you differently; he’ll try to get you by making you hopeless. He’ll try to make you believe that you’re worthless and that there’s no point in trying. He’ll try to make you believe you are a failure and no matter what you do, you’ll never get back to where you once were! Or he may try to make you believe that you’re too ‘bad’ for Allah to forgive you. As a result, you may let yourself fall further. You may have been up once, and then felt so bad about yourself because you started to slacken in your worship. And maybe because of your previous self-righteousness you didn’t give people permission to make mistakes or be weak. This ends up becoming self-destructive because it further translates to not giving yourself ‘permission’ to make mistakes and be weak.

Since you believe you don’t have permission to be human and fallible, when you do make a mistake, you are so hard on yourself that you lose hope. So you let yourself go. You may end up committing more sins, which only makes your hopelessness worse! And it becomes a self-perpetuating vicious cycle. Shaytan will also try to make you believe that you shouldn’t try to repent or pray because you’d be a hypocrite since you are such a ‘bad’ person. He wants you to despair in the mercy of Allah. That’s what he wants! These are all lies, of course. But he’s good at what he does, after all. When you have sinned, that’s when you need to turn to Allah even more—not less!

To protect yourself from this downward spiral, remember that the lows are part of the path. Remember that ‘futoor’ (the dip) is part of being human. Once you realize that this does not mean you failed or that you are a hypocrite (like Abu Bakr (RA) thought), you can keep from giving up once you get there. The key is to develop certain habits which become your ‘bare minimum’. That means no matter how you feel, how unmotivated, how low, you still do these things at the very least. You realize that when you’re at your low, it’s going to be harder, but you struggle to keep doing them. For example, the bare minimum is the 5 daily prayers at their appointed times. This should *never* be compromised no matter *how much* you’re ‘not feeling it’. They should be considered like breathing air. Imagine what would happen if every time you were exhausted or in a bad mood you decided not to breathe!

It is preferred to have other rituals that are part of the ‘bare minimum’. For example, stick to certain extra prayers and athkar or daily Quran—even if it’s little. Remember that Allah loves a small *consistent* action more than a huge inconsistent one. If you hold onto certain essentials during your ‘low’, you will ride the wave of iman and come back up, insha Allah. And, God willing, when you do go back up, you’ll be at a higher place than your last ‘high’.

Know that the path to Allah is not a flat one. Your iman (faith) will go up and down. Your ability to worship will go up and down. But, know that for every dip, there is also a rise. Just stay patient, stay consistent, don’t lose hope and seek help in Allah. The path is hard. The path will have bumps and drops. But, like all things in this life, this path will come to an end. And that end will make it all worth it!

Oh mankind, indeed you are ever toiling towards your lord, painfully toiling…But you shall meet Him’ (84:6)