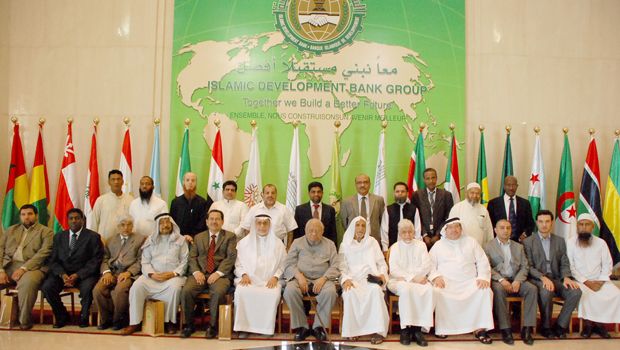 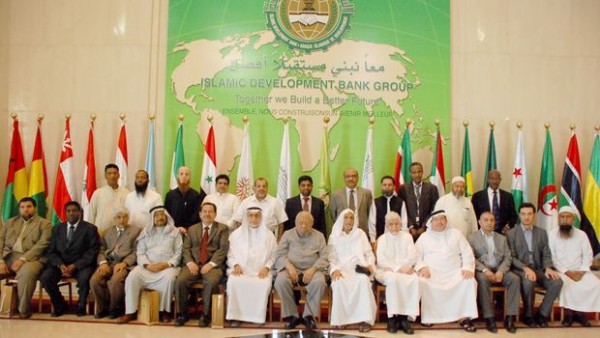 Islamic banking and finance, with a total asset of $1.4 trillion and more than 1,000 institutions operating in many countries worldwide is all set for a big take off, says Professor Khurshid Ahmad, chairman of the Islamic Foundation UK and the Institute of Policy Studies in Pakistan and author of several books on the topic.

Speaking to Arab News after giving a lecture on “Global economic crisis and the role of Islamic Economics” at the Islamic Development Bank headquarters here, Ahmad said Islamic banking and finance makes an annual growth of 10 to 15 percent when conventional banks make less than one percent.

“According to an IMF study, the institutions that were least affected by the global financial crisis were Islamic banks because they engage mainly in asset-based financing,” said Ahmad, who is a winner of King Faisal International Prize and IDB Prize.

Speaking about challenges, he emphasized the importance of Islamic banks to be shifted from a Shariah-compliant position to a Shariah-based position in order to move from a debt-based economy to a risk-sharing and equity-based participatory economy.

Ahmad also urged Muslim countries to reduce their dependence on foreign financial institutions like World Bank and International Monetary Fund. “I do not know of a single country in the world that has made progress after receiving loans from these institutions,” he said, adding that a number of economists have reached the same opinion after conducting studies on 40 to 48 cases.

He said Muslim countries should make use of their natural resources for the development of the Ummah, and establish good governance with accountability and fair participation of people. “This is the only way to achieve success… and we should learn from the experiences of China, Brazil, South Africa and Vietnam, which are making fast growth using their own resources.”

Transparency is another key element Islamic banks have to focus on, Ahmad said, adding that they should be more open and their accounts should be Shariah-audited to win public confidence. “If there are any failures they should not hide them and make every effort to correct them in order to build trust. By openness they will not be revealing any secrets but they will increase their credibility while their market will be expanding,” he added.

The Islamic Research and Training Institute (IRTI), an affiliate of IDB group invited Prof. Ahmad to deliver this year’s IDB Prize Lecture commemorating the 2011 Award of the IDB Prize to the Islamic Foundation for its significant “Contribution to Islamic Economics.”

Mohammed Azmi Omar, director general of IRTI, earlier welcomed Ahmad and said 30 individuals and four institutions have won IDB Prize since it was instituted in 1988. Abdelkader Chachi of IRTI gave a presentation on Islamic Foundation.

In his keynote speech, Ahmad spoke on the crisis of capitalism that began with the burst of the housing bubble in the last quarter of 2007. “The crisis persists despite desperate efforts to save the system,” he pointed out. European economies were shaken to their roots and after private sector bailouts, bailout of governments began with fire-fighting operations from the better-off economies. The euro that had emerged as an alternative to the Dollar crawled into the cesspool of crisis. The very future of the euro-zone has become problematic, he pointed out.

“This crisis is no longer confined to the citadels of financial and economic power. After threatening the infrastructure, the tsunami has now begun to sweep the masses. The result is an explosive increase in the army of the unemployed, the poor and the deprived, something that is tearing the very fabric of society. Standards of living have begun to decline. Health and education costs are escalating,” he said.

Ahmad said the “Occupy Wall Street Movement” is not merely a New York phenomenon. It is growing into a global movement to seek justice for the 99 percent who are presently at the mercy of the 1 percent who control, manage and maneuver the economy and state policies. The income of this top 1 percent in the United States has increased over the last thirty years from 10 percent of the national income to 23.5 percent, while the real income of the poorest 20 percent has gone down over this period.

Poor are becoming poorer while the rich are getting richer by getting huge bonuses and pay rises even in the midst of a serious financial and human crisis, Ahmad said. The “Occupy Wall Street Movement” is a rebellion against the injustices of capitalism. “This is the context in which we propose to have a fresh look at the nature and significance of Islamic economics, and reflect on the need for an alternate approach to effectively and judiciously face the economic challenges highlighted by the contemporary global crisis of capitalism, which has failed to solve the economic problems of mankind,” he said.

Referring to the negative impact of global economic crisis, Ahmad said: “By October 2009, within the first year of the advent of the current crisis, the IMF reported that the global loans of the banking sector alone were to the tune of $3.6 trillion. From the start of 2008 to the opening of 2009, the crisis knocked some $30 trillion off the value of global shares and $11 trillion off the value of homes in the United States. At their worst, these losses amounted to around 75 percent of world GDP.”

Prof. Ahmad said many individuals within the Western academic community, who are deeply disturbed over the fatal flaws of capitalism, are searching for new approaches and alternatives in their quest for a just world order. “Islamic Economics represents a new approach to economics and the problems of human society. It is based on a distinct worldview and a vision of man, society and history,” he explained.

He continued: “It is not possible to juxtapose the Islamic economic approach with any other “isms”. It is, however, possible for various “isms” and Islam to co-exist, compete, cooperate and as such contribute toward the betterment of human race. That is the path toward which deeper reflection on the contemporary economic crisis and an honest and objective evaluation of the alternatives available may help mankind to move forward in the right direction.”