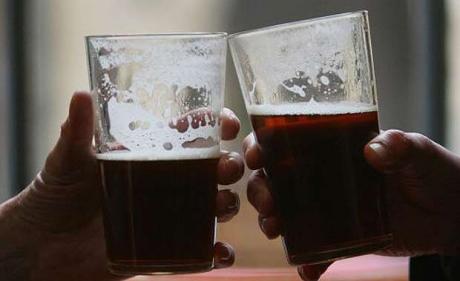 LONDON // London’s largest university is planning to introduce alcohol-free zones on campus because drinking is considered “immoral” by its Muslim students.

The move by London Metropolitan University – the first by any mainstream higher education institution in the UK – has angered student leaders and has received a mixed response from Muslim organisations.

Malcolm Gillies, the vice-chancellor of London Met, which has campuses in central and north London, said the alcohol ban was being introduced to accommodate the “cultural sensitivity” of the 20 per cent of the university’s 28,000 students who were Muslim.

Drinking alcohol was an “immoral experience for a high percentage of our students,” Mr Gillies added. “Many of our students do come from backgrounds where they actually look on drinking as a negative,” he said.

“We therefore need to rethink how we cater for that 21st-century balance. For many students now, coming to university is not about having a big drinking experience. The university bar is not as used as it used to be.”

But the move has angered the president of the Students’ Union at the university who yesterday accused Mr Gillies of offending Muslims by generalising their beliefs about alcohol.

Claire Locke told the Times Higher Education website that there had been no demand from Muslim students at the London Met to create alcohol-free zones.

“I don’t think the vice-chancellor has thought this through properly,” she said. “Is he just generalising [about] the Muslim community in order to justify cuts to the student services? He should retract the comments and apologise to the students he has offended.”

However, the Federation of Student Islamic Societies has welcomed the move. Alaa Alsamarrai, its vice-president of student affairs, said: “Alcohol is a barrier to many Muslim students participating in freshers’ events and often in society activities – so we’re in support of moves to have some alcohol-free zones and events.

“Though if a student wants to drink in their lifestyle, we of course don’t want to ban that.”

But the Muslim Council of Britain, an umbrella group representing more than 500 Muslim organisation, is uncomfortable with the university’s plan.

Farooq Murad, the council’s secretary general, said that he had never been aware of demands from Muslim students for a campus alcohol ban.

“There has always been a balance between social life and studying. We believe university authorities should be able to decide what works best for them in managing their campus space,” he said.

Muslims have studied at universities for decades and we cannot imagine that others drinking alcohol will impede them from continuing to attend.”