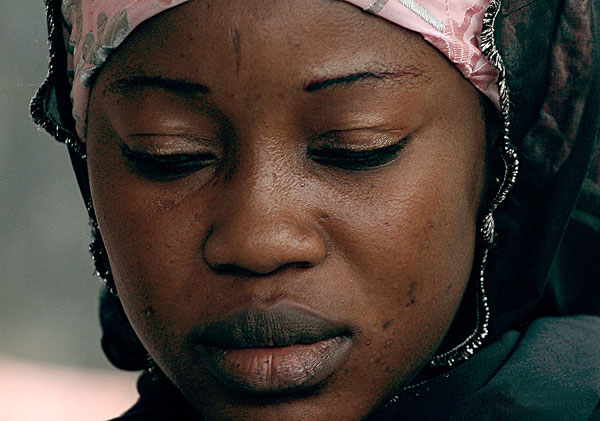 ABUJA – Muslim lawyers are planning to sue the state government of Nigeria’s largest state of Lagos to reverse a ban on the wearing of hijab at schools.

“The decision to go to court is a culmination of several events that affect Muslims especially the policy that bans our female children from wearing hijab to school,” Barrister Adesina Ishaq of the Muslim Lawyers Association of Nigeria (MULAN), told OnIslam.net.

“We feel that Muslims are being denied their right even in a region where they are in the majority.

“All these things point to the fact that those in authority have something against we Muslims.”

Lagos authorities have banned the wearing of hijab at schools. The Muslim outfit is also outlawed in most south-western states.

Ishaq said talks with the government have failed to convince Lagos authorities to reverse its ban on the Muslim headscarf in schools.

“We were told that our female children can wear hijab up to the gate but they must remove it when entering their school premises,” he said.

“We feel this is an insult and a slap on our constitutionally-guaranteed religious rights as Muslims. So we want the court to resolve the matter.”

Last week, MULAN called on the Lagos government to urgently reverse its ban on the Muslim headscarf.

Ishaq insisted that Muslims are still open for dialogue if the government is willing to rescind “the oppressive and discriminatory” policy.

The Muslim outfit has been in the eye of storm since France banned it at public schools in 2004.

Since then, several countries have followed suit.

Ishaq believes that the court will reverse the government ban on the Muslim wear.

“This is an issue that has long been settled by our constitution and even a higher court,” he told OnIslam.net.

He said that the legal challenge aims to confirm an earlier higher court ruling on the freedom of Muslims to wear hijab.

“It will interest you that there is an existing judgment of an Appeal Court in Ilorin, in Nigeria’s North-central which has said the issue of hijab, whether in a work environment or even school, is a personal choice…and that to deny Muslim women such rights is to deny them their constitutional right of religious freedom,” he said.

“This judgment has not been appealed at the Supreme Court either by the state or individuals.”

The planned lawsuit against the hijab ban won plaudits.

It is “long overdue in view of the excesses against our sisters who, just for being Muslims, are targeted for discrimination,” Abdulfatai Olajide, a former senior journalist with pro-Islam Daily Trust newspaper, said.

Olajide said the use of hijab is a personal choice guaranteed under the country’s law.

“Any attempt by anybody or government to violate such right of choice is better challenged in a court. This is why I commend MULAN for their effort.”

Muslims make up 55 percent of Nigeria’s 140 million population, while Christians account for 40 percent.

Ethnic and religious tensions have bubbled for years between the two religious communities, fuelled by decades of resentment between indigenous groups, mostly Christian or animist, who are vying for control of fertile farmlands with migrants and settlers from the Hausa-speaking Muslim north.