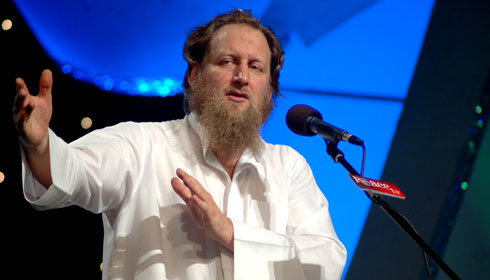 Before I came to Islam, I was surrounded by Muslims who were encouraging me to say my Shahadah.

When I finally did take the step they were overjoyed, but when I asked them to tell me more about the deen they all started to fade into the background.

They said that they didn’t know enough about Islam to help me on my journey. So I had to hunt around for somewhere to go where I could learn the foundations of Islam to help me put my new-found fledgling faith into practice.

But it was only recently that I came across an amazing Retreat for New Muslims. Muslim Now, a branch of iERA (Islamic Education and Research Academy) that was established to provide support for new Muslims in the first couple of years of their journey, is now holding two of these Retreats a year.

I went down last September as an observer to gain new ideas to bring back to the Sheffield New Muslim Project where I volunteer now, but I wish it had been available to me in my early days as a Muslim, as it would have made the journey so much easier.

Why Was this Retreat So Amazing?

We got up at dawn, and congregated for Fajr (Dawn Prayer) in the marquee where we held our classes to start our day together. We then broke up into groups, segregated by gender and depending on our level of understanding and practice of the Prayer, to spend an hour improving our ability and knowledge of this fundamental Pillar of the Faith.Because we were able to step out of our normal lives and live in an Islamic bubble, surrounded by other like-minded people with similar hopes and dreams and challenges. We felt as if we truly belonged! In a beautiful setting in the Cotswolds, we lived, breathed and ate Islam, renewed our faith and recharged our batteries for four days.

After a hearty breakfast, we gathered for talks that covered subjects as wide-ranging as the purpose of life, the concept of God, and the need for revelation. We looked at the foundations and the inner dimensions of worship, the challenges of life and how Satan tries to lead us astray, the reality of life and how we as new Muslims can cope with the tests that come our way, and finally, we looked at the final test preparing to meet God.

The talks were all presented by Abdur Raheem Green himself, a British convert of 20+ years standing. So he was talking our language, and he understood our culture and the challenges that we face living as converts in the UK. The weekend was made even more poignant, as Abdur Raheem Green’s father passed away that weekend, 10 days after converting to Islam! It gave us all a serendipitous opportunity to reflect on our own fears and feelings about our own families and our responsibilities to them.

As well as the weekend being broken up by sumptuous plentiful food, we also had discussion sessions where we could address issues that are of particular concern to converts, such as our relationships with our families, the challenges of getting and being married as a Muslim, and how we could keep our faith strong. These were really useful sessions, as we were able to hear many different perspectives from people in the similar situations to us…it’s sometimes good to realize that you’re not alone and that others have coped with similar challenges.

There was also time for fun, as we prepared a role play session on an Islamic theme to present to the sisters and presented a scheme to a “Dragon’s Den” panel to address a current community issue. The last session was great as it helped us to start thinking about not what we could gain from our new community, but what we could possibly contribute.

For many, it had been a safe place to voice out their fears and challenges, others were emboldened to take a new step in their practice that they had been hesitating over. It was a time to swap tips and advice, to seek answers to unanswered questions, and to find new paths and resolve to move forward. But most of all it was a chance to live Islam, in a community of believers and reaffirm our faith.At the end of the Retreat, I hung on until the last minute possible before leaving to gain the maximum benefit from it, knowing that I had experienced a rare event.

Many of the participants wished the Retreat had been longer. They felt it had been a safe place; one to which they belonged, where they didn’t have to explain themselves to everyone around them or have to try to fit into a Muslim community that at times feels very far from Islam.

Some of them were luckier than others, as they were going back to communities that, like Sheffield, have developed support services which provide weekly study circles, social activities and mentor schemes to help new Muslims on their journeys. Others were inspired to try to establish similar schemes in their local areas, and others went away knowing that they had found friends and ‘Buddies’ they could contact when they needed a sympathetic ear or a voice of encouragement and support.

The Retreat enabled all of us to renew the spirit we had come to Islam with. It also helped to strengthen our faith, our love of God and His religion and our resolve to be the best Muslims we could be to gain His pleasure.

Watch the Feedback of Brother Justas from an Earlier Retreat