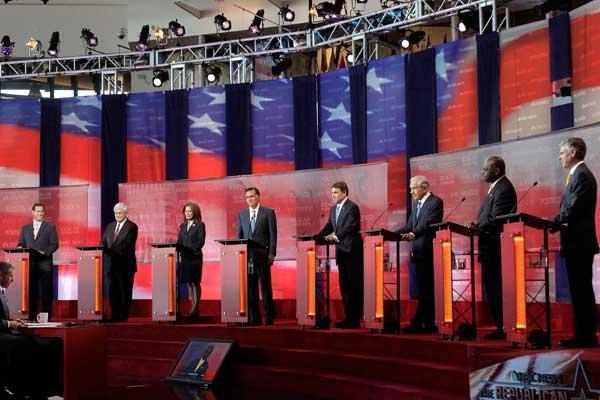 As the clock ticks towards the November elections, Muslims in the south-eastern state of Florida are emerging as a potential voting bloc that could play a pivotal role in electing the new American president.

“If they vote as a bloc, they can have a huge influence on the election,” Daniel Hummel, a research associate with the Washington-based Institute for Social Policy and Understanding, told the Orlando Sentinel.

A study by the Institute for Social Policy and Understanding found that Muslims in Florida are concerned about the same thing as most Americans.

Forty-eight percent say jobs and the economy are the most important issues, followed by education and healthcare.

Although there are no official figures, the United States is believed to be home to between 6-8 million Muslims.

Experts, however, say that a possible unity among Florida Muslim voters, who come from  different walks of life, races, and countries, was far from reach.

“Some come from countries where getting involved with government means you disappear the next day,” Hummel said.

However, increasing anti-Muslim campaigns over the past few years have consolidated Muslim feelings of high-profile prejudice against them, increasing chances to closing ranks to vote as one bloc.

US Muslims have been sensing a growing hostility following a hearing presented by Republican representative Peter King on what he described as “radicalization” of US Muslims.

Recently, a Republican Missouri lawmaker described Islam as a disease like polio while another Alaska Rep. branded Muslims as ‘occupiers’ of American neighborhoods.

In 2010, Terry Jones, a 58-year-old fundamentalist pastor and the head of a small fringe church in Gainesville, Florida, burnt the Qur’an in front of a crowd of about 50 people on March 20 in what he called “International Judge the Qur’an Day”.

There have been 800 incidents of violence, threats and vandalism against Muslims since 2001.

Estimates show that 14 percent of religious discrimination is reported against Muslims.

These attacks have alienated Muslims from the Republican Party, showing more tendency towards voting as one bloc, Imran Siddiqui, a board member of Emerge USA, a Muslim organization based in South Florida, said.

“What should concern us is how the attacks have gone from the fringe to the mainstream in a very short time,” Siddiqui said.