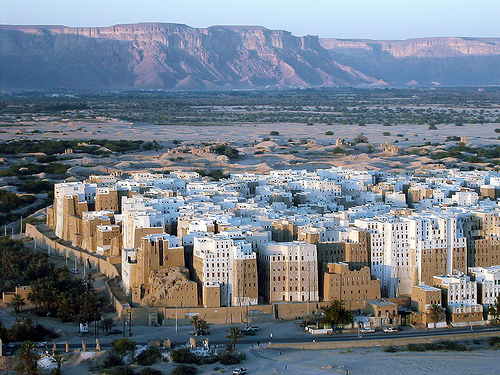 Mukalla: Despite fierce fighting between Yemen rivals during the political crisis in Yemen, Indonesian man Faiz has never thought of leaving Yemen and going home. He is among hundreds of foreign students who prefer Yemen as a place for studying Islam.

“I feel safe here,” he told Gulf News. “I’m studying in Hadramout province because it is the source of knowledge that spreads all over Indonesia. I also feel at home here. [Islamic] scholars are faithful.”

Faiz, 39, is a postgraduate student at local private university in the port city of Mukalla. “The last time I visited Indonesia was in 1999. I will only go home when I finish my PhD.”

While Yemen students travel abroad to seek knowledge, many foreign students see this poverty-stricken country as an ideal place for studying Islam.

A diplomat in the Indonesian embassy in Sana’a told Gulf News that there are approximately 1,800 Indonesian students still studying in the province.

“The majority of our students are studying in Hadramout. The place is calm. Students who were studying outside Hadramout had been asked to leave the country during the crisis.”

Tarem, a small city in the centre of Hadramout’s long valley, has been known for centuries as a centre for Sufis. Supporters of the Sufi school in Hadramout proudly say that their grandfathers played a great role in spreading Islam in Asia and Africa. Hadrami missionaries and traders interacted with host communities and convinced millions of people to embrace Islam. Local people in Tarem say that the grandchildren of early missionaries were sent back to Tarem and this explains why the city is awash with hundreds of students from different countries.

“I believe Western students prefer to study in Tarem because of the spiritual tranquillity that characterises the region,” said Walead Mosaad, an American student who studies in Tarem. “Most of us come from bustling metropolises where the intrusion and abrasiveness of modern life is hard to escape. Additionally, scholars from Tarem have an authentic chain back to the Prophet Mohammad (PBUH) and thus faithfully reflect his teachings without the interference of extremist ideologies and political agendas,” he added.

In Tarem, there are many Islamic institutes that follow the traditional method of teaching through circles and recitation. Dar Al Mustafa, Ribat Tarem, and the college of Sharia are the main places that attract foreign students.

After graduating from Tarem schools, Walead thinks the Hadramout Sufi school of thought is an example of the normative teachings of Islam along with the teaching of Azhar in Egypt, of the Qarawiyyin in Morocco, and of the Umayyad mosque and traditional centres in Syria.

“We believe that the school of Hadramout as well as the schools mentioned above reflect authentic understandings of the Prophet Mohammad’s (PBUH) teachings, and therefore, are entirely incompatible with extremist ideologies,” said Walead.

New foreign students have special classes that train them in Arabic, after which they can join the normal student body that is fluent in Arabic.

Far from the city of Tarem, we visited another educational establishment that teaches foreign students. Mukalla-based Ahgaff University was established in 1994. The university’s College of Sharia has graduated hundreds of foreign students.

“There are many Muslim students from outside Yemen studying at Ahgaff university,” said Zain Bin Aqeel, the director of foreign student department at the university.

“We don’t call them foreigners. They are Muslims. Most of them study Islamic studies at Sharia in Tarem. A few of them are also studying other scientific majors like computers and business. Studying Islamic studies at the university is free of charge.”

“The university aims to create a bridge of communication between Hadramout and countries in Asia and Africa to send the moderate soul of Islam.”

“We don’t accept any student unless he/she gets a letter of recommendation from our partner institutions in his/her homeland. We have strong links with many clerics and moderate Islamic institutions in Indonesia and Africa.”

Only students of those clerics are admitted to Zain’s university. “If the student was accredited, he should also fulfil other normal requirements like having a high school certificate, is healthy and pays fees [for scientific majors].The student should deposit an amount of money for buying a return ticket in case of emergency. The university also keeps the student’s passport.”

Upon arrival, the university informs the student’s embassy, ministry of higher education and security services in Yemen. “We do our best to keep our students away from terrorists. But in the age of globalisation, we can’t fully guarantee immunity from extremist ideology.”

Zain doesn’t have an accurate figure of the foreign student who graduate from his university, but he put the number at thousands.

“Thanks to Allah, thousands of foreign students graduated from out university and all returned to their countries, bearing the moderate thought of Islam. We have students from Malaysia, Somalia, Kenya, Tanzania, Burkina Faso, but most of students are from Indonesia.”

Now, there are approximately 800 students at Ahgaff university.

“Unlike Yemen students, foreigners are given special courses to clear out some misconceptions about Islam that the students may have acquired from the media.”

In other parts of Yemen, foreign students have to pay a heavy price for living in a troubled area. When Shiite rebels besieged, in October last year, a local Salafi school in the northern troubled province of Sa’ada, foreign students got drawn into the fighting with the rebels. Local human right activists said that dozens of French, Indonesian, Indian, British, Ethiopian, Somali, Sudanese, Algerians and other nationalities have been killed in Sa’ada sectarian battles.

Not monitored by government

Hamoud Al Hitar, the former Minister of Endowment and Preacher, told Gulf Newsthat Yemen has been known for centuries as an Islamic hub and students from all over the Islamic world come to the country to study Islam in Zabed, Tarem, Sa’ada, Jebala and Taiz.

“Yemen schools have moderate views. We shouldn’t be concerned over the radicalisation of foreign students. Those who fight with Al Qaida have been recruited outside Yemen.”

He admitted these schools were not carefully monitored by the government. Hamoud Al Hitar claimed that in 2007, when he was in office, the ministry suggested sharing the responsibly of monitoring Islamic centres in Yemen with the ministry of education. “We agreed that we create a department in the ministry of Endowment to solely observes the schools in terms of curricula, teachers, and sources of income. When the proposal was sent to the cabinet, security parties stepped in and killed it in the cradle. They want these schools remain out of our eyes.”