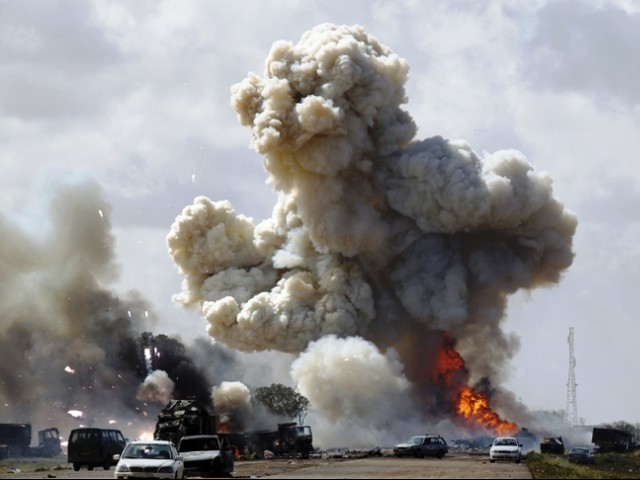 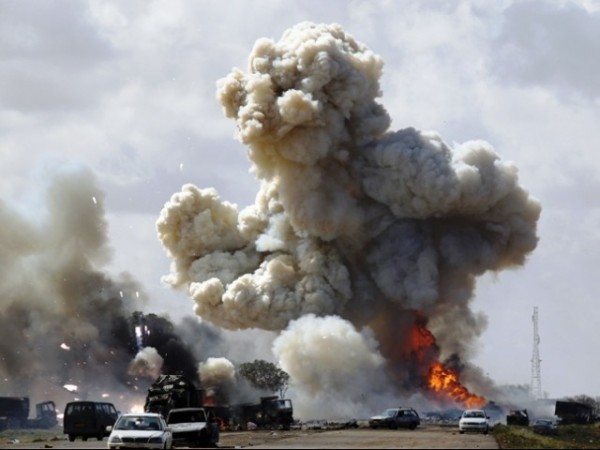 The revolution started in Tunisia and travelled to Egypt. It did not even spare Libya. And then the whole of the Arab world was engulfed into it.

Now there is no going back.

Undoubtedly, the developments mark the dawn of transformation in the Arab world.

For long under subjugation by their own rulers, the common people have been struggling to come out of their own shackles. Hopefully a brighter future waits.

Democracy by its nature is a progressive philosophy. It guarantees equality and freedom to all irrespective of caste, creed and religion.

What is to be cautious about is that the product of democracy should not be imported from the warehouses of Europe or the entire sacred spirit of revolution will have its own death before it reaches its flowering.

The much celebrated war in Libya in the name of ‘Protecting Civilians’ through UN Security Council resolutions authorizing “all necessary measures” is a unique and an interesting account of conflict in history. It is the war in which common people have paid the price for the sake of the interest of a few.

We saw the destruction of NATO, more than the Qaddafi government or the rebels combined could have damaged. The international war coalition had authority to do so. They could not be questioned.

More than 50,000 people were killed during the conflict as acknowledged by the National Transitional Council in Libya. All this happened in the name of ‘humanitarian intervention’ which turned out to be ‘Humanitarian Disaster’.

What Qaddafi could not do in forty years as a tyrant, NATO accomplished it in just six months. To cure the disease, we should not kill the patient.

The NATO religiously operated more than twenty five thousand sorties in the sky over Libya…out of which more than 9,500 hit the targets.

The constant bombings by NATO were beyond the mandate for protecting civilians. It hit every nook and corner of the country. The BBC once reported that NATO was running short of targets.

In the name of protecting civilians in Benghazi, the west succeeded in passing the resolution 1973 in the United Nations to punish Qaddafi, eventually leading to his cold-blooded murder, but hardly any piece of news hit the headlines when Sirte, Qaddafi’s birth place, was systematically destroyed blocks by blocks by NATO hand-in-hand with rebels.

The Telegraph in Britain, which backed Qaddafi’s ouster, nevertheless commented that Sirte, which once had “a brilliant panoply of university and hospitals, with a glittering seafront and a marble-lined conference centre to host leaders from around the world,” is now “a squalid ruin.”

Undoubtedly, Colonel Qaddafi’s fight against Islamic terrorism cost him his life. He wanted to please the west while the public at home were seething with anger for his actions against religious fundamentalism. Some 1,270 prisoners were killed at Tripoli’s Abu Salim jail in 1996.

Both the Islamists and the west were hand in hand to finish Qaddafi…a reversal of American foreign policy to help Islamic fighters defeat the dictator who never supported the western cause inAfrica.

Qaddafi also paid the price for being vocal against the interests of imperial power in Africa.

Colonel Qaddafi was the most secular leader in the Arab world. He called the Islamists “heretics” and worked fanatically to suppress them. Hundreds, if not thousands, were jailed, and an unknown number were executed. In 1987 Qaddafi authorized state television to broadcast the hanging of six suspected Islamists in front of a crowd at a sports stadium.’

He kept religion far away from politics…the modern philosophy of governance but he paid a higher price for it.

At the end, the Islamists won. He also gave dignity to the black people…those who were wronged and exploited throughout the ages historically while prioritizing ‘living standard – GDP per capita $11,314 for Libyans’.

‘Prior to the international sanction placed on Qaddafi and Libyain the 1980s, it was one of the richest in the world by GDP per capita – with a living standard higher than Japan. It was the richest in Africa before the revolution.’

Well! big players participated in the game. As usual, might is right.

The victory belongs to the west. Libyan people are very humble. In the past they were exploited by their own rulers; now they will be submitted to that doom by the west. The dynamics have not changed so much. The players are different. The fate of the Libyan People is likely to be the same.

Howsoever the holy intention of war inLibya, it caused immense misery and suffering to the common people. Howsoever the virtuous objective of hostility, it trailed death and destruction behind.

Ernest Hemingway said, ‘Never think that war, no matter how necessary, nor how justified, is not a crime.’ He continued, ‘“I don’t think there is such a thing as a good war.’ He questioned, ‘ Is war a necessary evil?

It is time we follow the true spirit of Aristotelian’s words, “It is not enough to win a war; it is more important to organize the peace.”