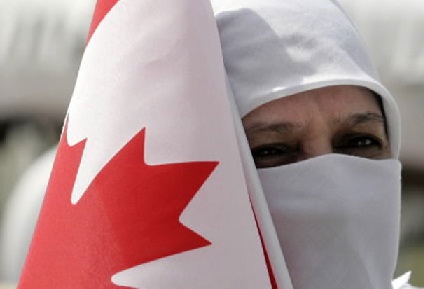 With nearly a million Muslims in Canada, comprising nearly three per cent of the country’s population, there has been an emphasis over the last decade in investment products that adhere to the strict dictates of Shariah law.

So-called Shariah-compliant investments have been growing in popularity, due in part to investor interest in working with the Middle East as oil prices continue to rise.

The key elements of Islamic investing are the avoidance of interest, or Riba, and that investment products have no ties to:

Companies that produce media such as gossip columns or pornography.

Companies that deal with firearms or any sort of ammunition.

The deadline for Registered Retirement Savings Plan contributions that can be claimed for the 2011 tax return year is midnight Wednesday night.

As a devout Muslim, Mohammad Khalid, a retired economist living in Oakville, Ont., says Muslims must be careful about their investments, such as securities and equities.

Khalid, who manages his own portfolio, investing in sectors such as mining, forestry and technology, and is helping his older children save for their retirement, says unless Muslim investors are careful about where their money is going, they could end up in non-compliant products.

“The way I actually look at Shariah-compliant products is mainly as a subset of ethical, or socially responsible investing [such as avoiding the adult entertainment industry or any company that may negatively impact the environment],” he told CBC economics correspondent Mike Hornbrook.

“The whole market is essentially available, excluding some of the major ones [such as insurance companies and banks]. …There are so many different companies which which will keep giving you dividends year after year.”

Rehan Huda, a director with Amana Canada Holdings, a niche financial firm that sells Shariah-compliant investment funds, says Islam prohibits explicit loan contracts where you just lend someone money and they pay it back with interest, so that means investing in bank or insurance company stock, or in bonds of any sort that generate interest, is not allowed.

Huda’s Shariah-compliant funds are focused on mining, forestry and technology.

“We’ve assisted in getting the Shariah-compliant certification for a couple of the mutual funds that are in Canada right now,” he says. “There’s one fund – a bullion fund – that’s a fairly large fund that has gold, silver, platinum stored here, and it’s a purely Shariah-compliant fund.

“Since we’re heavily in resource and technology-weighted [funds] … when those do well, the Shariah funds generally do well.”

Huda says that as Muslims make up a growing proportion of Canada’s population, the demand for Shariah-compliant investments will only grow.

“An inordinate amount of cash is found among Muslim investors that I know … and they are waiting for Shariah-compliant products,” he says.

“In the future, there’s going to be a lot more products because the population is increasing here.”

A testament to the growing interest in Shariah-compliant investing is Standard & Poor’s introduction of its Shariah stock index (S&P/TSX 60 Shariah Index) into the Canadian market in 2009. The index recategorizes equities on the S&P/TSX 60 and excludes all equities that do not comply with Islamic law, which is based on the Muslim holy book, the Qur’an.

While sometimes there’s the impression that there are few strong Shariah-compliant investment products, Khalid says there are many “wonderful companies” that can help investors reap big dividends, including technology companies.

“Absolutely nothing is holding them back,” he says. “If they don’t [invest], obviously they’re losing something big time. You can reduce your taxes big time.”