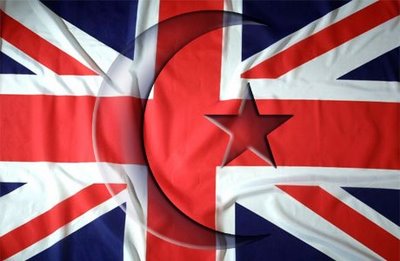 LONDON – Monitoring a rising Islamophobia rate in British society, a new line was launched to offer help for victims of hate crimes, in a trial to record the continuous abuse and vandalism targeting the country’s Muslim minority.

“Many people think that Islamophobic crime does not exist. They say: ‘Where is the data?'” Fiyaz Mughal, the director of Faith Matters, a non-profit group, told the BBC on Tuesday, February 21.

Hoping to shed light on the actual scale of the problem, the group set up the “Measuring Anti-Muslim Attacks” (MAMA) project with the help of government funding.

“This is a chance for the Muslim community to say: ‘Let us present the case, in terms of the facts, let somebody collate it and present it to the authorities,’” said Mughal.

“If someone has suffered abuse, been attacked or received a leaflet with inflammatory comments about Muslims in it, I want to hear about it.”

Under Home Office rules, the police are required to record all hate crimes, including crime on the basis of race, sexual orientation, gender, disability and faith.

Since 2006, anti-Semitic hate crimes have been recorded separately, in response to a request from the government following an inquiry into anti-Semitism

Unlike anti- Semitic incidents, Islamophobic attacks are not separately recorded as police group them with faith hate crimes against Christians, Hindus and Sikhs.

“A significant challenge in identifying other hate crimes for other religious groups is that many victims consider the crimes to be racist,” a spokesperson for the Association of Chief Police Officers (Acpo) said.

“Given that Muslims originate from all ethnicities it would not be possible to identify such victims from within racist crime data.

“While we do not publish national data on anti-Muslim hate crimes, it is important to stress that all police forces maintain their local hate crime data.”

Along with monitoring anti-Muslim incidents, which is also done by Islamophobia Watch, Engage and the Islamic Human Rights Commission, Faith Matters would also offer a personal service to victims.

Academics say that fear of Islam and Muslims is on the increase in Britain.

“It is a widespread problem in the UK,” Dr Leon Moosavi, an academic based at Lancaster University who has studied Islamophobia, told the BBC.

“More education is needed in schools, and Muslims need to also educate people about their faith.”

As for efforts done by Faith Matters, the group reported some of the cases in which repeated Islamophobic attacks were affecting the lives of the British Muslim minority.

After two years of constant abuse and vandalism, the Amod family was forced to move from their house in a traditionally white area of Leicester, Saffron Lane, to the more multicultural area of Highfields.

“At first my husband did not want us to report it, but it got so bad that in the end I had to,” said Sabana Amod.

“Our car was vandalized, someone tried to set their dog on me, and snowballs with stones in them were thrown at my young children.

“On the day we were moving house, a brick was thrown through the window, narrowly missing my son’s head but the glass shattered and cut his hand. He still has nightmares about it.

“It was because we are Muslim. I wear a jilbab (full length gown) and hijab (head covering) and youths in the street used to ask me if I was a Muslim before abusing me.”

Though the police convicted three people later of racial offenses, the offenders were only sentenced to hours of community service and small compensations.

Other victims of Islamophobic attacks were facing health problems and panic attacks.

Alisha, a student from Middlesbrough, had to take off her hijab after it was polled off her head.

“I started wearing the hijab at university in 2006 but last summer I decided to take it off because I didn’t feel safe after someone tried to pull it off my head,” she said.

“I started to get panic attacks. I never thought I’d feel like this, but everyone is so afraid.”

Alisha believes that she was targeted with her husband because they were Muslim.

“He was verbally abused, called a ‘Paki’, ‘terrorist’, and he was spat on. When he confronted the men, security guards tried to arrest him until an old man pointed out who the attackers were,” she said.

Hostility against British Muslims, estimated at nearly 2.5 million, have been on the rise since the 7/7 attacks.