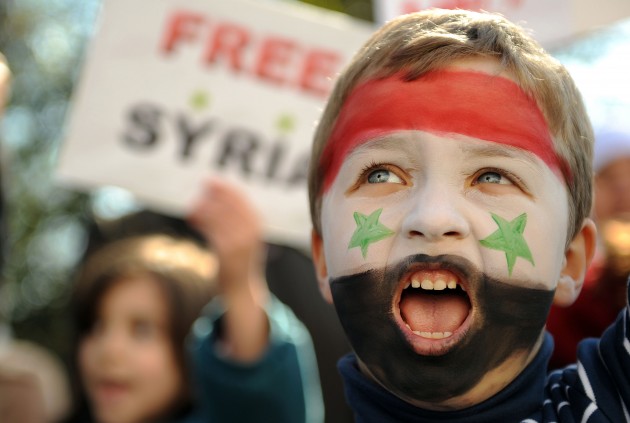 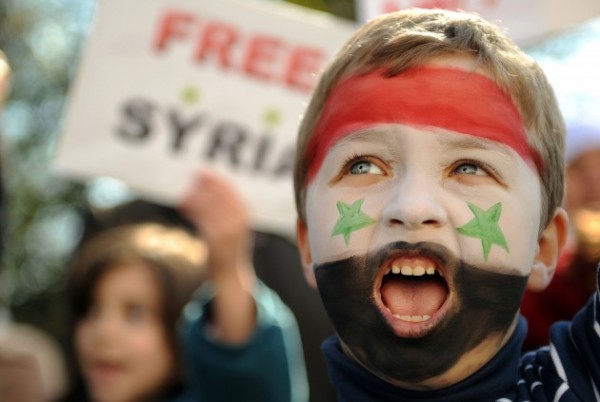 For months now, Syria is haunted by tragedy. Civilians have been tortured and killed by the armed forces ; government repression has reached unbearable levels and appears unstoppable. The world is watching and the foreign powers—Russia and China on one side ; the United States, the Arab and European countries on the other—are unable to find a solution or to agree on a way to put an end to the killings. The UN is helpless and the world looks on passively : hundreds of Syrians have been killed and the repression continues.

Anyone who dares to speak out, to write about the issue, is sure to be attacked by both sides. For some, to call for the end of Bashar al-Assad’s regime means support for America and Israel against the Muslims (especially the Shiites), the Iranians and ultimately the Palestinians. On internet and on the social networks, the attacks are extremely vehement and harsh : to support the divided opposition is considered a sign of dangerous political naivety at best and an act of high treason at worst. ‘Our enemies are supporting the protesters’ they claim, ‘so we should support the enemies of our enemies’. Hence, the only choice is to take the regime’s side. But in politics as well as on questions of human rights, the enemies of our enemies are not necessarily our friends.

It is quite obvious that the Americans, the Europeans and the Israelis have changed their position (they wanted first a reform within the regime) : now they are demanding that Bashar al Assad to step down. It is no less obvious that they are in touch with opposition groups and leaders in an attempt to secure their interests in the region. The Western powers and Israel are not passive spectators ; they are trying to remain in control whereas the Russian and Chinese are working to attain a more effective presence in the Middle East on several fronts.

All this is common knowledge ; the shape of the new emerging Middle East is a matter of great concern in the light of recent events in Libya, Iraq, Yemen, Lebanon and the constant pressure on Iran, where the potential of an attack is quite high. It would be dangerously shortsighted to accept at face value the kindly and humanistic intentions of the US or China, of the European countries, of Israel and Russia towards the Arab peoples in general and the Syrians in particular. Their lives have value only in terms of the economic and geostrategic interests they represent : nothing more, nothing less.

This much having been acknowledged, is the only remaining solution to remain silent and to support Bashar’s regime ? He and his father were and are dictators who ordered the killings of thousands of civilians while torturing their opponents without mercy. These are facts ; no sound heart and mind could support such tyrants and cruel despots. The tyranny should come to an end ; Bashar al Assad should be arrested and judged. His record is dire, the work of a madman.

This is not a call for foreign intervention ; few have been fooled by the Libyan operation of securing oil before people. The self-styled ‘international community’ should take a clear stand and put pressure on the regime to stop the repression—an unlikely outcome, it is true. In reality, it is the task of the opposition forces to arrive at a minimum agreement and to organize a strong united front that would lead the country towards pluralism, democracy and freedom : surely the most pressing and difficult challenge the Syrians face today. There can be no other way to convince the world that there exists a true democratic alternative to the tyrannical current regime. This means working with a broad spectrum of supporters and partners in America, Europe, the Arab world and Asia. In the long run it will be their ability to chart a course in today’s multi-polar world order that would secure them strong multilateral support for their legitimate resistance.

Today, such a perspective seems far away. The competing opposition councils together with the Arab League, the Organization of Islamic Conference (OIC) and an activist Turkish foreign policy seem to be operating according to the old parameters against which no solution seems to possible. The future is bleak.

In Homs, Hama and throughout Syria, civilians are being killed every day ; people are humiliated and tortured. The regime’s guilt cries out, as does our silence. Our tears cannot be enough if our only support is to watch TV, and cry. Our hearts may weep, but our courage has failed us.