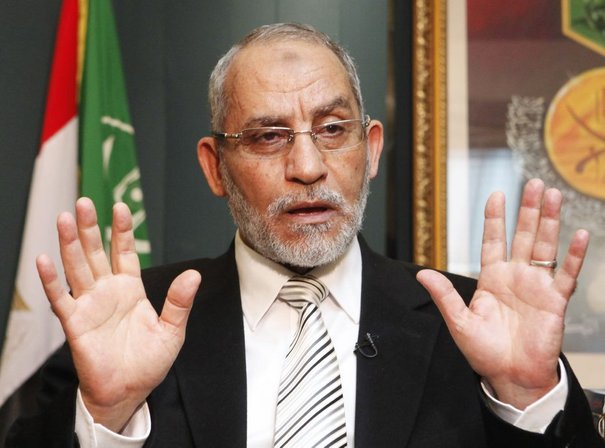 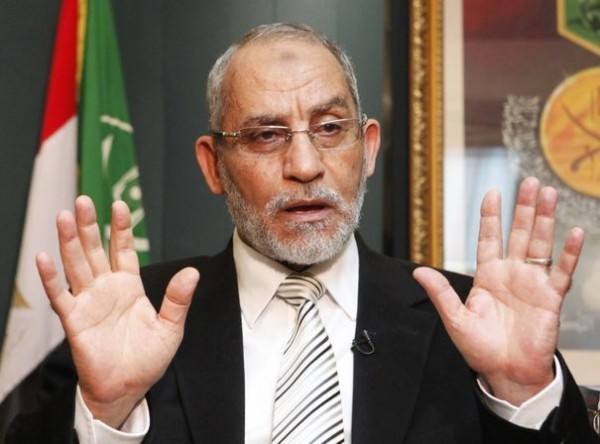 CAIRO — The Muslim Brotherhood demanded Thursday that Egypt’s military rulers cede control of the government, stepping closer to a long-anticipated confrontation between the ruling generals and the Islamist-dominated Parliament.

In a statement on its Web site and a television interview with one of its senior leaders, the Brotherhood called for the military to allow the replacement of the current prime minister and cabinet with a new coalition government formed by Parliament, which would amount to an immediate handover of power.

The Brotherhood, the formerly outlawed Islamist group that now dominates Parliament, had previously said it was content to wait for the June deadline by which the generals had pledged to turn over power, which they seized with the ouster of President Hosni Mubarak last year. And signs were accumulating of a general accord between the military and the Brotherhood over the terms of a new constitution expected to be ratified before the handover. The Brotherhood’s shift comes on the eve of the Feb. 11 anniversary of Mr. Mubarak’s downfall, when other activists around the country have called for a general strike to demand the end of military rule — a call the Brotherhood has previously resisted.

But the group is also changing its position at a time when the military-controlled government appears overwhelmed by domestic and foreign crises, including a deadly soccer riot last week followed by five days of violent protests, a standoff with Washington that has imperiled billions of dollars in United States aid and international loans, and an economy teetering on collapse.

“We must start the formation of a coalition government immediately, to deal in particular with the economic situation and the state of lawlessness in this homeland,” Khairat el Shater, deputy to the Brotherhood’s Supreme Guide and one of its most influential figures, said in the online statement, which quoted an interview he gave to Al Jazeera.

Mr. Shater pointed in particular to the government’s repeated use of deadly force against civilian protesters.

“Dealing with the demonstrators violently is a mistake, a sign of weakness and mismanagement by the Ministry of Interior,” he said.

The Brotherhood is effectively agreeing with street protesters and liberals on the need for the military to leave power at once. But in the polarized dynamics of Egypt’s nascent democracy, liberal party leaders said Thursday that they were unwilling to form a coalition with the Islamists even to remove the military.

“The liberals would prefer to be in opposition to monitor and leave it to the Brotherhood to implement their control,” said Emad Gad, a leader of the liberal Social Democratic Party.

At stake in the debate over the timing of the handover is who will hold power during the drafting of a constitution and election of a president. The military has previously sought guidelines giving itself permanent political powers and immunities, and its opponents fear that it could again try to shape the constitutional process for its own benefit.

In the early rounds of elections, Brotherhood leaders briefly threatened to challenge the generals over control of the government. But later, signs of accord emerged with the ruling military on delicate subjects like limiting disclosure of the defense budget.

Now, though, the military-led government appears paralyzed by crises. The generals have seemed unwilling or unable to resolve a dispute with Washington over criminal charges filed against 16 Americans, including the son of a cabinet official, in a politically charged case over foreign financing of nonprofit groups. (Egypt initially said that 19 Americans were being charged, but the United States says only 16 are citizens; of those, at least six are still in Egypt and barred from traveling.)

The dispute prompted President Obama and Congressional leaders to threaten to cancel Egypt’s $1.5 billion in annual American aid. Diplomats say American opposition could also make it harder for Egypt to obtain billions of dollars in badly needed foreign currency from the International Monetary Fund, as well as other international lenders and donors.

Last week, the deadliest soccer riot in Egypt’s history and the bloodiest in the world in at least 15 years left more than 73 fans dead. Many blamed the police for failing to prevent the violence, and tens of thousands of protesters swarmed Interior Ministry buildings in Cairo and Suez.

But 15 more were killed as a result of the response by the police, who used tear gas, birdshot, rubber bullets and live ammunition. Since beginning a crackdown in October, the security forces have killed more than 100 street protesters.

The soccer riot and its aftermath prove “that security in the country is in a state of grave instability,” a Brotherhood spokesman, Mahmoud Ghuzlan, said.

But the advent of a democratically elected Parliament has made it possible for the chamber to form a coalition government with the legitimacy to crack down on the disorder. “If the Parliament formed a government that represents the people, it could take harsh measures that would deter anyone who might dare to repeat such disasters,” Mr. Ghuzlan said.

He said the Brotherhood had changed its position toward the interim government in part because of the report of a parliamentary fact-finding mission. Lawmakers who visited the morgue found that the interior minister had lied to lawmakers when he said his officers never used birdshot or other ammunition against the demonstrators.

“He didn’t say the truth,” Mr. Ghuzlan said, explaining that the Muslim Brotherhood’s parliamentary leaders were now moving toward a no-confidence vote to remove the interior minister. It could be a first test of strength between the elected Parliament and military leaders.

But he said the group did not seek a confrontation, and noted that the current interim Constitution backed by the military allowed it to name a new cabinet even after a parliamentary vote of no confidence.

If the military council refuses to let Parliament name a new cabinet, Brotherhood leaders said, they may seek a no-confidence vote on the whole government, or take to the streets.