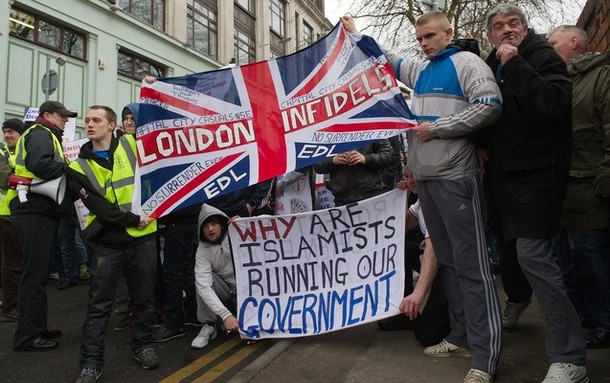 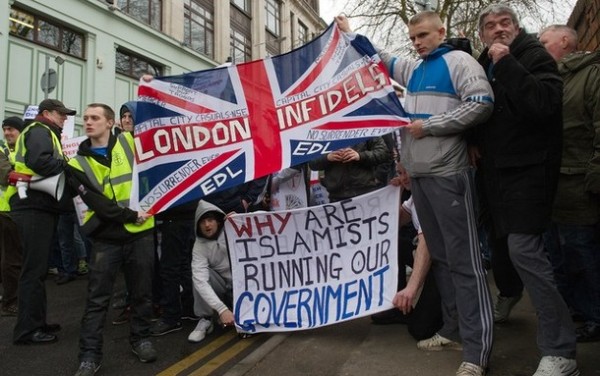 British MPs have warned the government not to neglect the threat from extreme far-right terrorism.

In a report on radicalisation, the Home Affairs Committee said it had heard “persuasive evidence” about the potential danger.

Its report examines the roots of radicalization and the government’s Prevent strategy designed to counter it.

The MPs said violent Islamist radicalization appeared to be declining but there may be increasing support for non-violent extremist views fuelled by “feelings of alienation”.

“A view was expressed by some of those giving evidence to us… that the revised Prevent strategy only pays lip service to the threat from extreme far-right terrorism,” the report added.

“We accept that Prevent resources should be allocated proportionately to the terrorist threat. However, we received persuasive evidence about the potential threat from extreme far-right terrorism.”

The committee cited the growth of far-right groups with links to similar organizations inEurope.

“The ease of travel and communications between countries inEuropeand the growth of far-right organizations… suggest that the current lack of firm evidence should not be a reason for neglecting this area of risk,” the MPs said.

The report described the internet as “one of the few unregulated spaces where radicalization is able to take place” and suggested it played a greater role in promoting violence than prisons, universities or places of worship.

It says service providers should sign a code of conduct aimed at removing such material.

The committee said that although legislation allows the police to order the removal of unlawful extremist material, internet service providers should be more active in dealing with it.

Keith Vaz MP, the committee chairman, said: “The conviction last week of four men from London and Cardiff radicalized over the internet, for a plot to bomb the London Stock Exchange and launch a Mumbai-style atrocity on the streets of London, shows that we cannot let our vigilance slip.

“More resources need to be directed to these threats and to preventing radicalization through the internet and in private spaces. These are the fertile breeding grounds for terrorism.”

“Above all, it tackles the threat from home-grown terrorism on and off line. We are working closely with the police and internet service providers to take internet hate off the web.

“We are pleased the Home Affairs Committee and the witnesses who contributed to its report broadly support the outcome of the Prevent review and the revised strategy.”

During the research, the MPs met in prison Abu Hamza, the preacher jailed for hate crimes and now facing extradition to theUnited States.

He told them that Islamist radicalization was driven by “grievance, guilt and capability”, the report reveals.

“Grievances were driven by British foreign policy (relating toPalestineandAfghanistan) and a sense that the Prophet was being mocked.

“He did not believe that unemployment was a source of grievance, and considered that groups who suggested it was were ‘blackmailing’ the government for funding.

“Guilt was driven by a feeling that you were safe but your brother was not and you could not help him.”