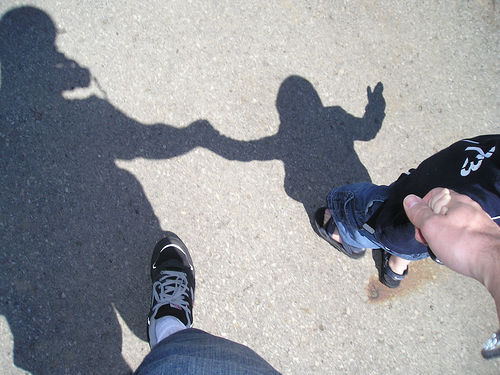 JEDDAH: Many youngsters in the Kingdom have told Arab News that men who are unfit to be a good parent should refrain from having children in the first place. They said weak parenting is the main cause of depression and substance abuse for children.

Omar Ali, a 27-year-old sales manager in Jeddah, told Arab News he feels most men who are too busy preaching and lecturing others about life and religion end up having the most troubled children.

“God never said live in a mosque and ignore your children. These people believe they can get away while pretending to be self-righteous when the reality is that they have broken homes and children who hate them, to be honest. I have seen it far too many times.”

He feels it is more important to follow religion than to talk about it. It is common in Saudi Arabia for most working couples to hire nannies or housemaids to look after their children.

“If you are a busy man and your career is your priority then do not start a family and ignore them. God has not given you the right to play with someone’s life,” said Anam Majdi, a 26-year-old student living in Jeddah, told Arab News.

According to a previous published report in Arab News, Saudi Arabia has 1.2 million Indonesians working in Saudi Arabia, of which over 70 percent are domestic helpers.

Salwa Zahid, a 25-year-old marketing sales manager in Jeddah, said parents who do not have time for their children do not realize the impact of poor parenting and should rather not have children.

“Why have children when you don’t have time for them? Especially five kids when you cannot sit with one of them at least once a day.” She said parents negate the fact that children will fall prey to negative influences when ignored. “Be it choosing the wrong company or wrong ways to deal with depression.” Salwa said most maids raise children in the Kingdom, especially when both parents are working.

“This negatively impacts the morale of a child and they often grow up looking for friends or any outsider who is willing to listen. My friend calls his nanny mom rather than his mother because she practically raised him up,” she added.

Forty-eight-year-old, a mother of four Najla Amri told Arab News the government should take steps to educate Saudi men and women to understand the real essence of parenting.

“It is not for convenience or to prove something. Most women get the impression having more kids means they are granted a greater honor in society. I feel like it is a competition to see who can have more. While some parents feel they are ensuring more children will be around when they grow old to take care of them.”

Somayya Chabez (name changed), a writer living in Jeddah, said she would rather check herself into an old age home or hire someone to look after her. “I would not have children look after me, God forbid. That is not the purpose of child birth,” she added.

Rana Ismail, a 22-year-old medical student living in Jeddah, said she has seen many instances in public where fathers smoke in front of their children or sit idle at cafes looking at other women even if their children are crying for attention.

“A child is a great blessing, a source of goodness and can benefit you in this world and the Hereafter. Men who do not understand this and mistreat their children really anger me. I wish there was a rule and law that states if you cannot raise your child with love and care then don’t have them.”

“Those fathers who do not spend adequate time with their children and neglect their rights have no right to question children about their duties towards them. Islam teaches parents their duty and if you fail then do not question your children. It is unreasonable and ignorant.”

Hamdan Ansari, 25-year-old consultant, told Arab News: “According to a Hadith the Prophet (peace be upon him) said one of the five people who have left this world, but their files have not been closed and a reward is continually being bestowed upon them, are those who leave behind a worthy child.”

Hamdan feels most parents have forgotten the essence and reason of having a family. “How can a father who works all week expect the children to love him when he does not have the time to sit down and talk to them about their lives? Then parents get angry when most kids want to go out and see their friends. Well, at least their friends were there to listen to them when you were too busy with your job.