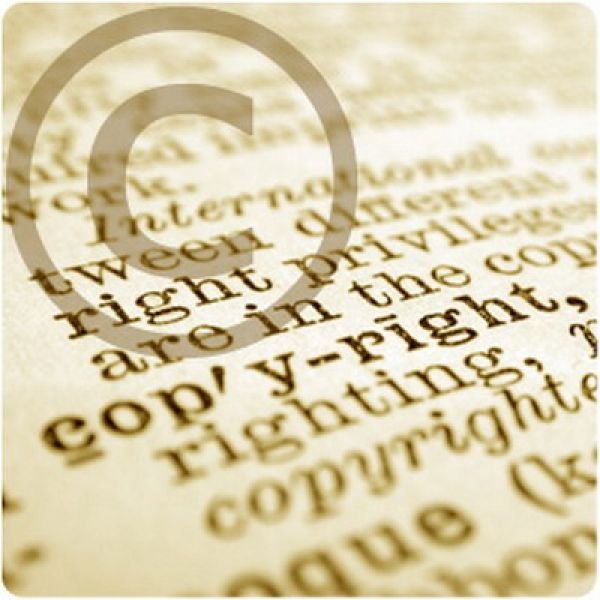 The vast majority of the fuqaha of our times, and certainly those who actually understand the issue, have declared that copyright laws are absolutely binding, for many reasons.

The most basic is that in our times intellectual property is the most valuable of assets in society, and not considering its worth has great societal harm.

Secondly, in the socio-economic dynamics of our times, copyright laws do not hinder the spread of knowledge; rather, they encourage it, as they enable people to be duly compensated for their time and efforts. In the past, scholars and authors were supported by the rulers and through a powerful system of religious endowments (awqaf) that enabled them to devote themselves to their pursuits without concern for providing for themselves or for their families. Now, this is not the case. The scholars say, “Whoever is ignorant of their times is not a person of knowledge.”

Thirdly, it is the law. Muslims are duty-bound, by their religion, to obey the law in everything that is not absolutely against the Shariah.

Fourth, when it comes to matters of halal and haram, it is the duty of believers to seek the guidance of knowledgeable scholars. The scholars hold copyright to be binding. Many of the most brilliant minds of our times, including Shaykh al-Buti, Shaykh Zuhayli, Shaykh Taqi Usmani, Shaykh Sunbuhli, and others, including the major fiqh councils, have declared it sinful to break copyright laws.

Fifth, anyone who knows about the cost of producing quality Islamic literature and materials, such as those Shaykh Hamza Yusuf (Allah preserve him) and others have struggled so hard to produce, understands that such projects are major undertakings. As such, we, as concerned Muslims, should encourage everyone and their aunts to go out and buy this stuff. We’ll buy new Nike shoes for $100. We’ll get a pair of jeans for I don’t know how much… But we won’t pay a reasonable amount for something that will transform our lives for the better in this world and the next?

The following is a brief explanation by Shaykh Taqi Usmani, one of the leading fuqaha of our Ummah, about copyright law:

Copyright According to Shariah

Q.) Can you please explain the Islamic injunctions about “copyright”, especially about the copyright on computer software?

(i) Can we register a book under the Copyright Act which bars the people from publishing that book without permission of the copyright holder?

(ii) If something is registered under the law of copyright, should we abide by the restrictions imposed by that law?

(iii) Can a copyright holder sell his right of publishing to another person for a monetary gain?

If a person has invented a certain instrument, he does not own the instrument only, but he also owns the formula he has used for the first time to invent it. Therefore, nobody can use that formula without his permission. Similarly, if a person has written a book, he is the exclusive owner of the right to publish it, and nobody has any right to publish that book without his permission. This right of an author or an inventor is termed as his “intellectual property”. It is also implied in this theory that the owner of such rights can sell them to others like any other tangible objects. The law of “copyright” has come into existence in order to secure such rights and to give legal protection to this kind of property.

It is obvious that the concept of intellectual property on which the law of copyright is based is a new phenomenon created by the rapid progress of industry and the means of communication, therefore, this concept is not expressly mentioned in the Holy Qur’an or in the Sunnah of the Holy Prophet, Sall-Allahu alayhi wa sallam.

The acceptability or otherwise of such new concept which are not clearly mentioned in the original resources of Islamic jurisprudence can only be inferred from the general principles laid down by the Shariah. As the views of the jurists may differ while applying these principles to the new situations, there is always a wide scope of difference of opinion in such cases. The question of “intellectual property” has also been a subject of discussion among the contemporary Muslim scholars of Shariah whose opinions are different about its acceptability in Shariah.

A group of contemporary scholars does not approve the concept of “intellectual property”. According to them the concept of ownership in Shariah is confined to the tangible objects only. They contend that there is no precedent in the Holy Qur’an, in Sunnah or in the juristic views of the Muslim jurists where an intangible object has been subjected to private ownership or to sale and purchase. They further argue that “knowledge” in Islam is not the property of an individual, nor can he prevent others from acquiring knowledge, whereas the concept of “intellectual property” leads to monopoly of some individuals over knowledge, which can never be accepted by Islam.

On the other hand, some contemporary scholars take the concept of “intellectual property” as acceptable in Shariah. They say that there is no express provision in the Holy Qur’an or in the Sunnah which restricts the ownership to the tangible objects only.

They contend that the concept of “intellectual property” does in no way restrict the scope of knowledge, because the law of “copyright” does not prevent a person from reading a book or from availing of a new invention for his individual benefit. On the contrary, the law of “copyright” prevents a person from the wide commercial use of an object on the ground that the person who has invented it by his mental labor is more entitled to its commercial benefits, and any other person should not be allowed to reap the monetary fruits of the former’s labor without his permission. The author of a book who has worked day and night to write a book is obviously the best person who deserves its publication for commercial purposes. If every other person is allowed to publish the book without the author’s permission, it will certainly violate the rights of the author, and the law of copyright protects him from such violation of his rights.

Both of these views have their own arguments. I have analyzed the arguments of both sides in my Arabic treatise “Bai-ul-Huqooq” and have preferred the second view over the first, meaning thereby that a book can be registered under the Copyright Act, and the right of its publication can also be transferred to some other person for a monetary consideration.

This is an answer to your question no. (i) and no. (iii). Coming to the question no. (ii), I would like to add that if the law of copyright in a country prevents its citizens from publishing a book without the permission of a copyright holder, all the citizens must abide by this legal restriction. The reasons are manifold.

Firstly, it violates the right of the copyright holder which is, affirmed by the Shariah principles also according to the preferable view, as mentioned earlier.

Secondly, I have mentioned that the views of the contemporary scholars are different on the concept of “intellectual property” and none of them is in clear contravention of the injunctions of Islam as laid down in the Holy Qur’an and Sunnah. In such situations, an Islamic state can prefer one view on the other, and if it does so by a specific legislation, its decision is binding even on those scholars who have opposite view. It is an accepted position in the Islamic jurisprudence that the legislation of an Islamic state resolves the juristic dispute in a manner not expressly mentioned in the Holy Qur’an or in the Sunnah. Therefore, if an Islamic state promulgates a law in favor of the concept of “intellectual property” without violating any provision of the Holy Qur’an and Sunnah, the same will be binding on all its citizens. Those who have an opposite view can express their standpoint as an academic discussion, but they cannot violate the law in their practice.

Thirdly, even if the government is not a pure Islamic government, every citizen enters into an express or a tacit agreement with it to the effect that he will abide by its laws in so far as they do not compel him to anything which is not permissible in Shariah. Therefore, if the law requires a citizen to refrain from an act which was otherwise permissible (not mandatory) in Shariah he must refrain from it.

Even those scholars who do not accept the concept of “intellectual property” do not hold that is mandatory requirement of Shariah to violate the rights recognized by this concept. Their view is that it is permissible for a person to publish a book without its author’s permission. Therefore, if the law prevents them from this “permissible” act, they should refrain from it as their agreement of citizenship requires them to do so.

Therefore, it is necessary for every citizen to abide by the law of copyright unless it compels a person to do an impermissible act, or to refrain him from a mandatory act under the Shariah.