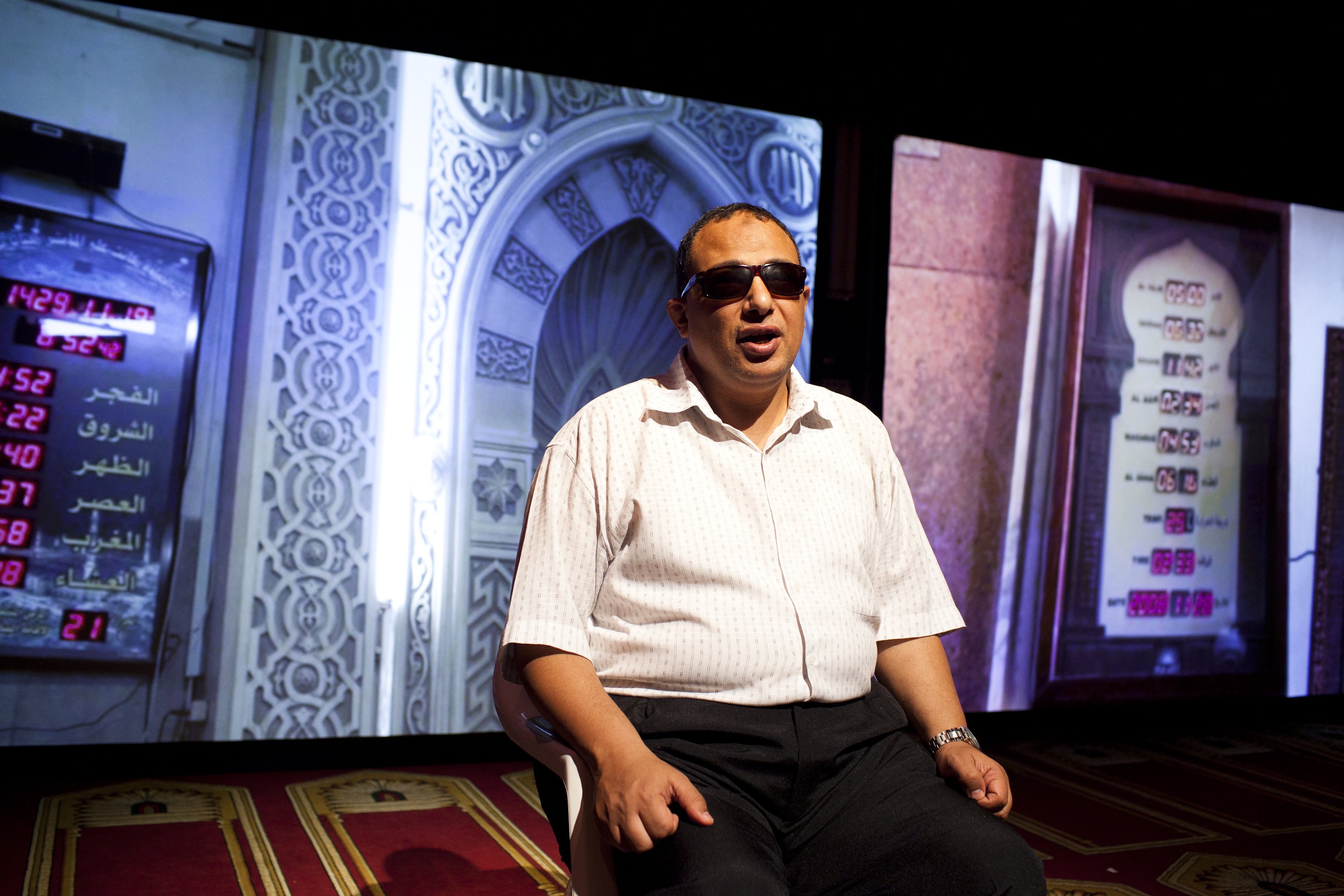 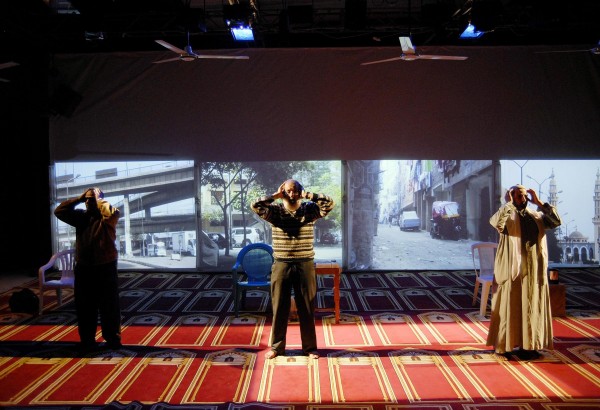 A  documentary theatre work that explores the changing role of muezzins ( the men who call the city to prayer) from the thousands of mosques across Egypt, has opened in Sydney as part of the Sydney Festival 2012.

Radio Muezzin looks at the lives of four of Cairo’s muezzins and how their livelihood of singing the daily call to prayer is threatened by a government decision to replace them – and Cairo’s cacophonous soundscape – with a centralised radio version.

The four Egyptian muezzins from mosques in Cairo recount the rituals and practices that have given them such a distinct sense of purpose and spiritual identity. They share their stories, their fervour and their differences in this multimedia insight into the complexities of contemporary Egypt.

The setting of the mosque interior in the performance is augmented by multimedia screens projecting images of Cairo and its millions of people living alongside the muezzins’ distinctive adhan (religious incantations) that ring out across the city and the stage throughout the performance. Confronting the impact of technology on their lives, the muezzins reveal their fears for their future and their identity.

In short, their whole sense of self is threatened as technological progress confronts the thousands of muezzins who call the city to prayer.

The four real muezzins who share their experiences are a blind Qur’an teacher who travels to the mosque in a minibus for two hours every day; a farmer’s son and former tank driver from Upper Egypt; an electrician who began to recite the Qur’an after a serious accident; and a bodybuilder and runner-up world champion in Qur’an recitation.

In the show, they meet an engineer who learned to encode radio signals at the Aswan dam, and will be recording the streamlined adhan.

Questions arise from the performance about the collapse of a thousand voices into one and how the interweaving of many voices into a solitary voice will both interrupt and dilute the experience for the city.

Ultimately the men are left to ponder what these changes will mean to their lives on a stage in front of a live audience, an experience infinitely more real than any documentary.

An outstanding example of their intensely exploratory process, Radio Muezzin has been applauded across Europe – including in cities where calls to prayer are banned.

The production is performed in Arabic with English supertitles.